The Pontiac Solstice is a two-seater convertible or targa-style coupe that was built on the Kappa platform. The nameplate spans a single generation that  launched for the 2006 model year and was discontinued in 2010. 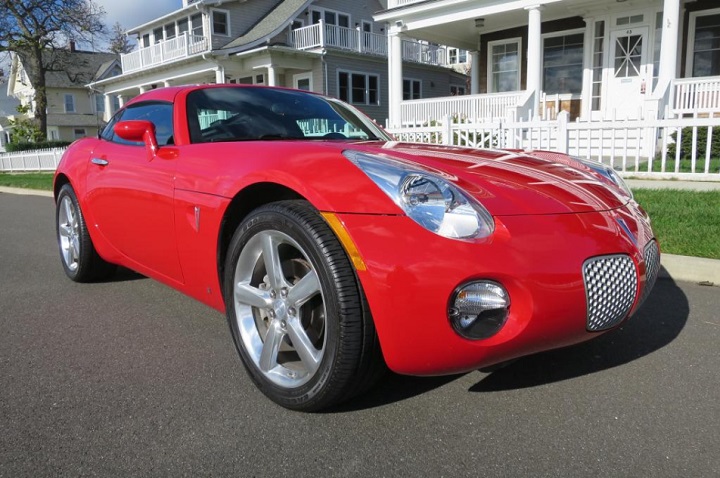 The Pontiac Solstice initially debuted in 2002 when General Motors revealed two variants of the Pontiac Solstice Concept, including a convertible roadster and a fastback coupe. The former was a drivable concept while the latter was design study.  Then, in 2006, the Solstice entered the market as a 2006 model year vehicle, and was discontinued after the 2010 model year. Over 65,000 units were built during this time, or nearly twice as many as its corporate twin, the Saturn Sky. All in all, the convertible was well-received, with reviewers likening it to a domestic Mazda Miata, though it was never really a sales success.

The base Pontiac Sky offered a naturally aspirated 2.4-liter inline four-cylinder engine, dubbed the LE5, which produced 177 horsepower and 173 pound-feet of torque, slightly less than the 177 horsepower and 173 pound-feet of torque it makes under the hood of the Saturn Sky. The Sky Red Line spruced things up with a turbocharged four-banger, which was designated by the LNF engine code. The boosted engine had a stout output of 260 horsepower and 260 pound-feet of torque, which was enough to proper the two-seater from zero to sixty miles in nearly five seconds flat; 5.2 with an automatic transmission, to be exact. Notably, the Aisin AR-5 manual transmission was also utilized by the Chevrolet Colorado and GMC Canyon pickup trucks, Hummer H3, Isuzu Trooper, and the three-wheeled Polaris Slingshot.

The Pontiac Solstice was built on the Kappa platform, meaning it shares the same underpinnings as the Saturn Sky, Opel GT, and Daewoo G2X. Special edition variants include the Heritage Edition and SCCA T2 Champion Edition models. The latter was built to celebrate Pontiac winning the SCCA T2 class in 2007, and was limited to just 88 units. Another noteworthy Solstice is “Jazz” a character from the Transformers story who’s depicted as a Pontiac Solstice GXP in the first two installments of the movie franchise. 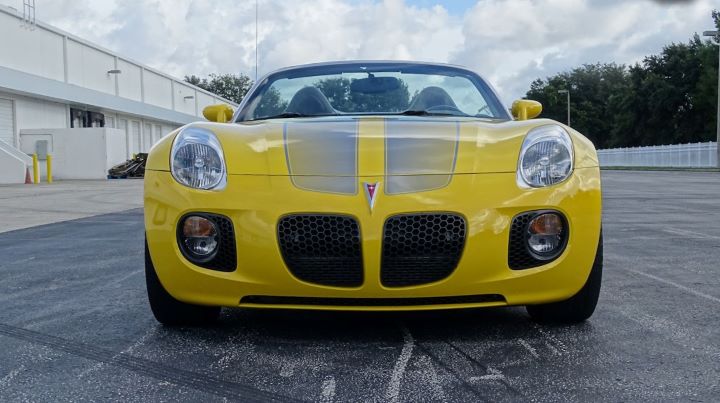 As mentioned, the Solstice was only produced from the 2007 to 2010 model years. Its death came during GM’s bankruptcy, which saw the end of Hummer, Saturn, and Pontiac brands altogether. Specifically, the selling of GM’s Wilmington Assembly plant in Delaware to Fisker Automotive was the nail in the coffin for the Solstice and its corporate twin, the Saturn Sky. Fisker would go on to use the site to produce the Fisker Karma, which rode on GM’s E-Flex vehicle platform and featured a hybrid system that utilized the same turbocharged 2.0-liter LNF engine that powered the Pontiac Solstice GXP and Saturn Sky Red Line. 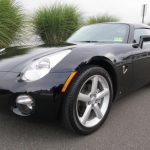 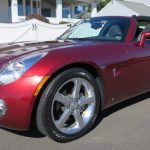 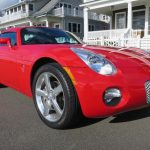 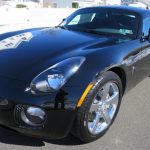 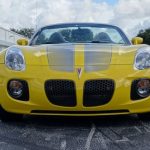 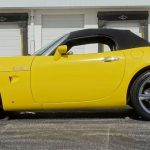 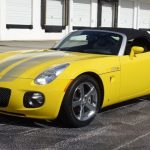 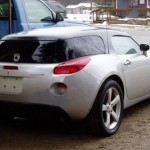 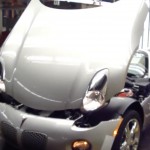 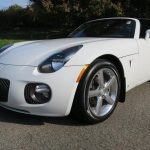 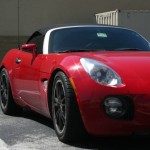 Discuss the Pontiac Solstice in our Pontiac forum.