The GMC Acadia is a three-row midsize crossover marketed by the GMC brand of General Motors, and sold in Canada, Mexico, and the United States. 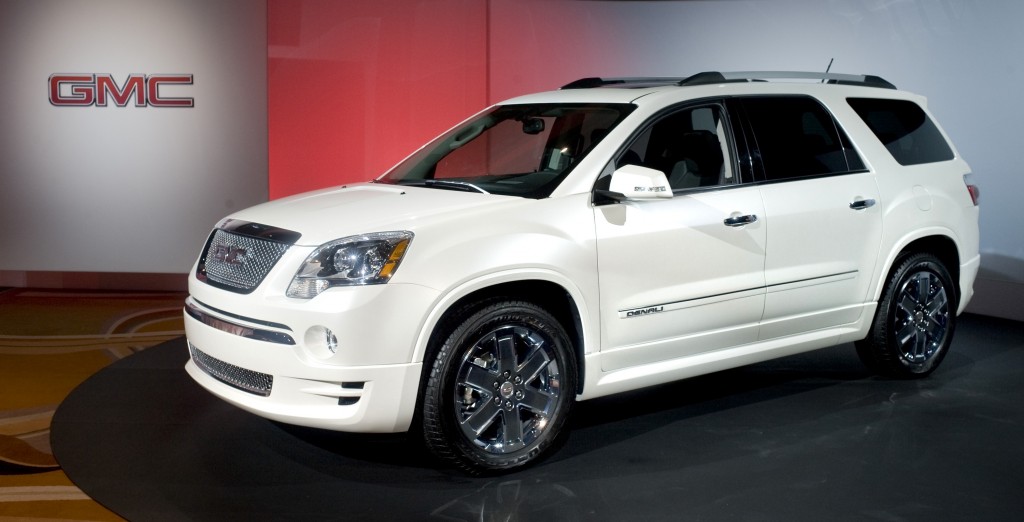 The Acadia went on sale for the North America market in 2006 as a 2007 model. The Acadia replaced the GMC Safari body-on-frame minivan, the GMC Envoy body-on-frame midsize SUV, and Pontiac Montana SV6 minivan. It is offered with front-wheel- and all-wheel-drive.

The first-generation GMC Acadia was available from the 2007 through the 2016 model years. It was initially a full-size crossover built on the GM Lambda platform which also underpinned the discontinued Saturn Outlook, along with the first-generation, full-size Buick Enclave and Chevy Traverse.

The 2007 GMC Acadia is powered by GM’s naturally aspirated 3.6L V6 LY7 gasoline engine producing 275 horsepower and 251 pound-feet of torque. It is mated to GM’s six-speed 6T75 automatic transmission (M7V for front-wheel-drive and M7X for all-wheel-drive).

Starting with the 2009 model year, the Acadia is powered by GM’s naturally aspirated 3.6L V6 LLT engine producing 288 horsepower and 270 pound-feet of torque. It is mated to the same GM’s six-speed 6T75 automatic transmission.

For the 2011 model year, the range-topping Denali luxury trim debuted.

For 2013 the Acadia received a refresh with a completely redesigned grille and new front fascia and rear, along with improvements and quality upgrades to the interior.

The 2016 Acadia was the last model year of the first generation.

Here’s a list of guides and the model years changes for the first-gen Acadia: 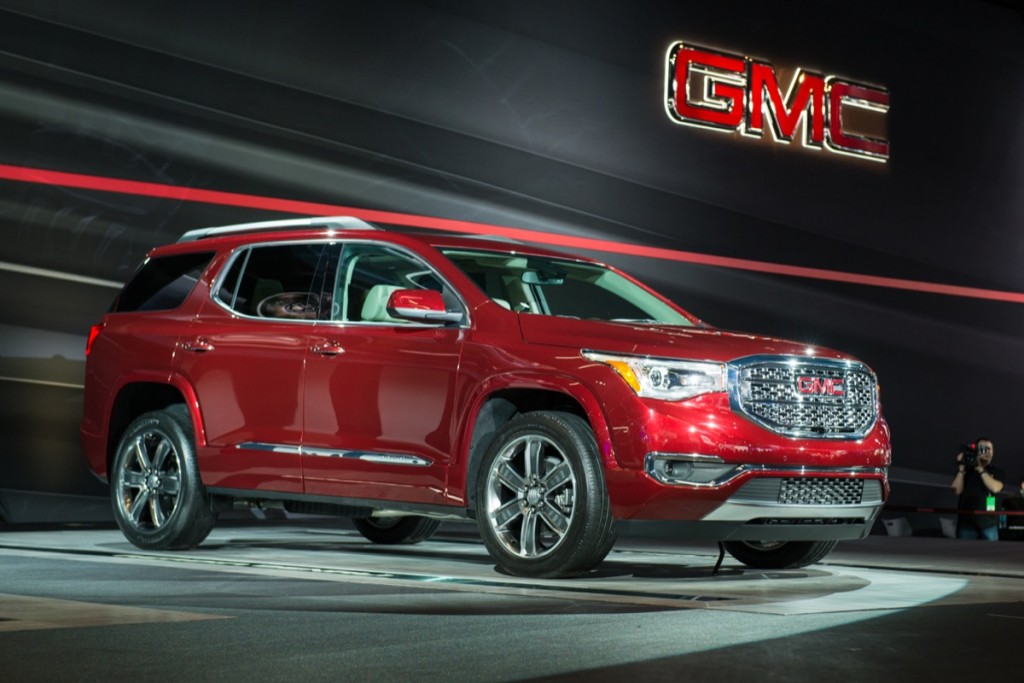 For the 2017 model year, GMC completely overhauled (redesigned and re-engineered) the Acadia, delivering the second generation of the Acadia nameplate after selling the first-generation model for 10 years. This generation downsizes from a full-size to a midsize crossover (which GMC says was a good move), underpinned by the regular wheelbase version, narrow track variant of the GM C1 platform (or “Chi”), the crossover variant of GM’s midsize E2XX architecture. The platform is shared with the second-generation, still full-size, Buick Enclave and Chevy Traverse. The first-gen, full-size Acadia model was offered as the “Acadia Limited” alongside the second-gen midsize Acadia during the initial year.

The all-new Acadia is designed to offer great versatility, and refinement, as well as more advanced safety technologies. It also introduces a new Acadia All Terrain off-road package for the midsize crossover.

For the 2020 model year – the fourth of the second generation – GMC unveiled the refreshed Acadia with fresh new looks, the latest technologies, a new off-road AT4 trim, and a new available turbocharged 2.0L I4 LSY gasoline engine producing 228 horsepower and 258 pound-feet of torque. The LSY joins the LCV and LGX engines, which are all mated to GM’s nine-speed 9TXX automatic transmission. The full Acadia model lineup includes the SLE base model, SLT, AT4, and Denali. 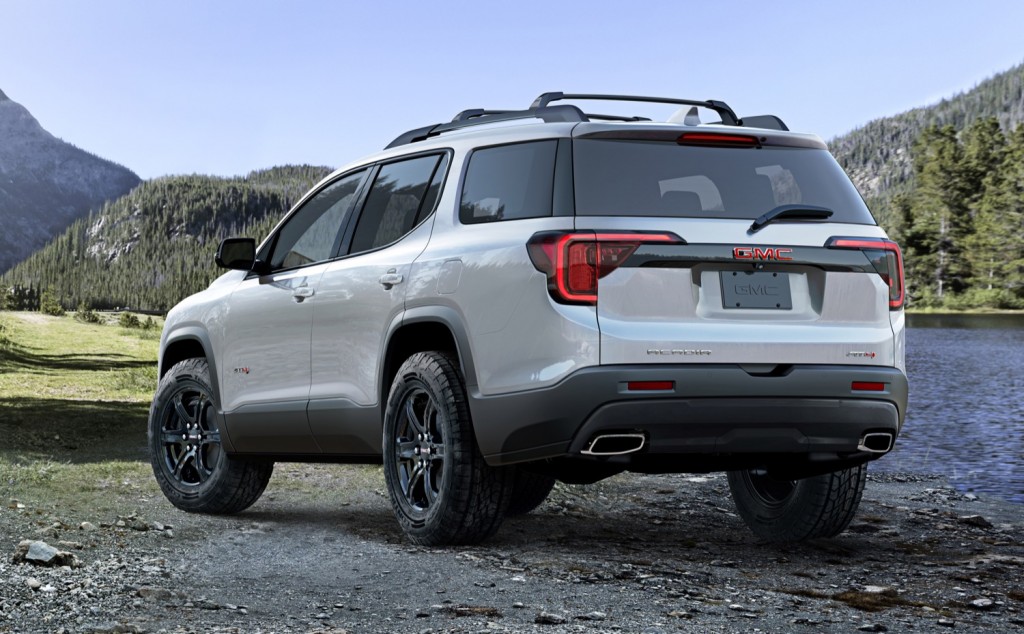 The LGX is the standard engine for the Acadia AT4 and is paired with a standard twin-clutch AWD system. Unique 17-inch wheels and all-terrain tires are also standard, while 20-inch wheels are optional. The off-road-inspired variant of the crossover also features more aggressive exterior styling and darkened finishes.

For the 2022 model year, GMC drops the LCV engine in the Acadia, leaving the turbo LSY and naturally aspirated LGX as the remaining powertrain choices.

For 2024, the Acadia could grow in size to match its full-size siblings, the Enclave and Traverse, and spy photos have confirmed that.

Here’s a list of model year guides and the changes for the second-gen Acadia:

The size of the GMC Acadia is midsize, meaning that it slots between the compact GMC Terrain crossover and full-size GMC Yukon and extended-length Yukon XL body-on-frame SUVs, along with the upcoming full-size GMC Hummer EV SUV.

We expect a third-generation GMC Acadia to be introduced for the 2024 model year.

The GMC Acadia is assembled by GM USA at the GM Spring Hill plant in Tennessee.

Discuss the GMC Acadia in our GMC forum.