Ultium Cells facilities are plants that mass-produce GM Ultium batteries for use in electric vehicles (EVs) from General Motors (Chevrolet, Cadillac, Buick and GMC) as well as from its business partners, including Honda and Acura. Several of these facilities are located in the U.S. and supply battery packs for EVs produced either locally or abroad.

This page focuses on Ultium Cells plants located in the United States.

As a reminder, Ultium Cells is a joint venture between GM and LG Energy Solution.

As of September 2022, one Ultium Cells facility is operational in the U.S., while two others are under construction. A fourth facility will begin construction in the near future, and may be located in Indiana.

The Ultium Cells USA plants currently in operation or under construction are as follows:

Ground for the Ultium Cells Lordstown plant, which is the first Ultium Cells USA plant, was broken in May 2020, and battery production at the facility began in the second half of 2022. Construction at Spring Hill began in late 2021 and operations are expected to begin in 2023. Ground at the Lansing plant is expected to be broken in late 2022, with production beginning in 2025. 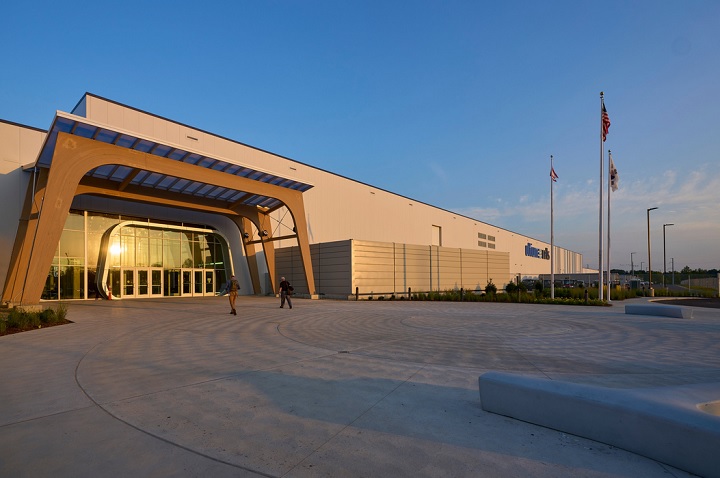 The Ultium Cells USA plants supply battery packs used in Ultium-powered vehicles, beginning with GMC Hummer EV, including the Hummer EV pickup and Hummer EV SUV, BrightDrop ZEVO 600, Cadillac Lyriq, Chevy Blazer EV and Silverado EV, as well as the Cruise Origin autonomous vehicle and the Cadillac Celestiq ultra-luxury sedan. Various other future GM EVs will also use GM Ultium batteries and Ultium Drive motors. Additionally, batteries will be used for the for the forthcoming Equinox EV as well as for a handful of Honda-Acura products, as part of the partnership between GM and Honda.