The GM Mariara plant, otherwise known as GM Venezuela Trucks Plant, was located in the city of Mariara, Carabobo, Venezuela. It was closed in 2015 due to the rapid collapse of the Venezuelan automobile industry. During its short seven years of activity, the plant specialized in the production of trucks and buses originated from Isuzu.

In its last years of activity, the GM Mariara Assembly plant produced the following vehicles:

With the GM Mariara plant, the company was looking to accomplish two objectives:

In the same year that GM opened the Mariara plant, Venezuela’s automobile market began to experience steady declines. After the historical record of nearly half a million new vehicles sold in 2007, Venezuelan authorities applied a new automotive policy. Contrary to its intended purpose, the new policy resulted in the gradual decline of foreign exchange for raw materials, significantly impacting the industrial sector.

In addition to this, the GM Mariana plant was constantly plagued by labor strikes in which the union demanded an increasing amount of benefits, paralyzing the facility for weeks at a time. Hit by the country’s profound economic crisis, GM Venezolana decided to close the facilities and move the production line of the Chevrolet N-Series Truck to the GM Valencia plant in the beginning of 2015. 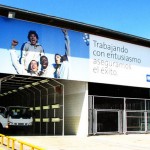 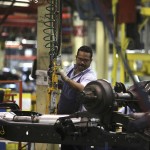 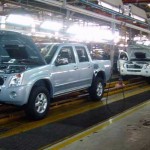 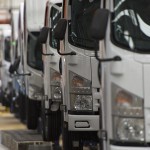