The GM Antímano plant, otherwise known as GM Caracas Assembly Plant, was located in the metropolitan area of the city of Caracas, Venezuela. It opened with the production of pickups and commercial trucks, and later produced passenger vehicles.

The GM Antimano plant was the first automotive assembly plant in Venezuela. Inaugurated on September 16th, 1948, the plant produced the first vehicle with the “Made in Venezuela” stamp – a Chevrolet Pickup. The first assembled unit was donated to the Venezuelan Red Cross by the automaker’s directorship. The move enabled GM to become a pioneer in donations to social programs in Venezuela.

The assembly of passenger cars at the plant began with the Chevrolet Sedan in 1952. The GM Antimano plant remained in operation for 35 years, producing a variety of models using CKD (complete knocked-down) kits mainly shipped from the United States and Germany.

The iconic factory for Venezuela’s automobile industry ceased operations in 1983, when GM Venezolana moved its production lines to the GM Valencia plant. 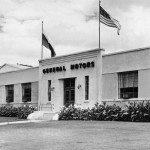 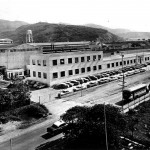