The General Motors Bekasi facility was a vehicle assembly plant in Bekasi, West Java province, Indonesia about 10 miles (16 km) east of Jakarta. The plant has been shut down since 2015.

The GM Bekasi factory produced the Chevrolet Spin MPV from 2013 through 2015. After that, production was moved to the GM Sao Caetano do Sul factory operated by GM Brazil. 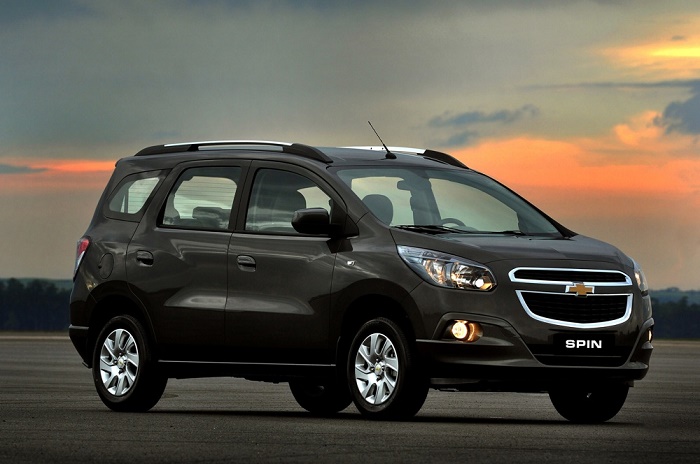 The Bekasi plant was shuttered for three primary reasons:

Indonesia is a very unique market for the automotive industry: the country has a population of roughly 240 million people, but fewer than four in every 100 own a car.

In manufacturing the Chevrolet Spin locally, GM was hoping to take on Japanese rivals like Toyota and Honda, as the small people mover (MPV) proved popular in various developing markets in South America (such as Brazil). Priced to start around $12,000, the locally-produced Spin had the Toyota Avanza directly in its crosshairs.

Unfortunately the strategy didn’t pan out: despite GM’s long-standing presence in Indonesia, which dates back to 1927 as the first automaker in the country, Spin sales never took off as GM had planned. GM sold less than 11,000 Chevrolets in Indonesia in 2014, giving it a market share of less than 1 percent. Of the (less than) 11,000 units sold in 2014, the Spin made up 8,412 units, with another 3,000 exported for sale in other markets. Meanwhile, Toyota and its Daihatsu partner sold more than 578,000 vehicles during the same timeframe. In fact, Japanese automakers cumulatively account for over 90 percent of the Indonesian market.

The Spin’s low sales volume in Indonesia was further exacerbated by high production costs of the model, caused by the circumstance that most parts to build the car had to be imported. This made the Bekasi plant a financial burden. In 2014, production volume at the plant was less than a quarter of the facility’s annual capacity of 40,000 vehicles.

“We could not ramp up Spin production to boost the volume as we had expected… although the product was really good,” Stefan Jacoby, GM executive vice president and president of GM International, which includes markets beyond the Americas, Europe and China, told Reuters. “The logistics chain of the Spin was too complex; we had low volume so we could not localize the car accordingly, and from the cost point of view we were just not competitive.”

Jacoby admitted that GM got it wrong in going head-to-head with the Japanese in a market he dubs their “backyard”.

As events were unfolding against GM in the country, automakers globally were focusing on developing self-driving vehicle technologies while also shifting investments to take on more lucrative market opportunities such as emerging markets in South America, Russia, and India. The necessity of funds for more lucrative investment opportunities and markets required GM to act quickly to seal the financial leak that was the Bekasi plant.

In closing the facility, GM Indonesia was overhauled to become a national sales company, selling vehicles made elsewhere. GM also decided to focus more on crossovers and SUVs as part of a broader repositioning of the Chevrolet brand across Southeast Asia, emphasizing its American heritage for SUVs such as the Captiva and Trailblazer. Crossovers and SUVs also tend to be more profitable than cars and MPVs.

The overhaul aims to turn GM Indonesia “not only into profitability, but into a sustainable business model,” Jacoby said.

As of 2017, Chevrolet markets the following vehicles in Indonesia: