The LT5 is an overhead valve (OHV) eight-cylinder, supercharged gasoline engine from General Motors. It is currently used exclusively in the Chevrolet C7 Corvette ZR1.

The engine is similar to the 6.2-liter LT4 V8 found in the C7 Corvette Z06 and sixth-gen Camaro ZL1, but with a larger supercharger, larger throttle body, stronger crankshaft and a new dual-fuel injection system. Another notable difference is the LT5’s lack of Active Fuel Management (AFM) technology.

The LT5 debuted with the 2019 Chevrolet Corvette ZR1, as the powerplant advanced the Corvette’s supercharging legacy, which began with the 2009 sixth-generation ZR1 and continued with the 2015 seventh-generation Z06. The LT5 still delivers the highest output ever for a Chevrolet production vehicle, thanks in part to a more-efficient supercharger system that offers 52 percent more displacement than the Z06’s LT4 supercharger. Since the unit is larger, it can produce more boost while spinning less, which means less heat under the hood. While the blower is intercooled, heat soak can still sap performance in harsh conditions.

Prior to GM’s official announcement of the 2019 Corvette ZR1 and the LT5, we had the following information about the LT5.

The LT5 remains exclusive to the C7 2019 Corvette ZR1. It’s also possible that the motor could be used in a high-performance Cadillac model, though this has not been confirmed.

The LT5 is an upgraded version of the supercharged 6.2L V-8 LT4 found in the C7 Corvette Z06 and gen six Camaro ZL1. As such, it is part of the fifth-generation GM Small Block engine family, which includes: 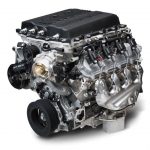 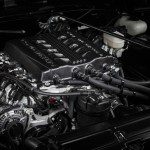 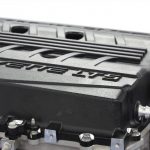 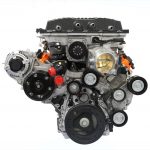