The LNF is a 2.0-liter, four-cylinder engine was designed and manufactured by General Motors for use in various vehicles, including two-seater sports coupes, compact sedans, and was also utilized by non-GM vehicles, such as the Fisker Karma.

The turbocharged 2.0-liter LNF engine is a member of the second-generation of the Ecotec engine family, which traces its roots to four-cylinders designed by Opel and Saab. Its line of successors includes the 2.0-liter LTG I4 and 2.0-liter LSY I4, which are both utilized by vehicles currently in production.

Notably, the LNF had an output rating of 260 horsepower and 260 pound-feet of torque in every GM vehicle application that utilized it. The positive crankcase ventilation (PCV) system was not quite as refined as it is in newer turbo-four applications, as such, oil buildup was an issue for the LNF, particularly clogged valves, which were also a bi-product of the direct-injection architecture.

As mentioned, the LNF is a member of the second-gen Ecotec engine family, which also includes the following (note: 2.2 and 2.4-liter engines are also a part of the four-cylinder Ecotec family): 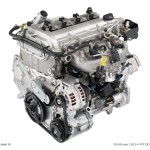 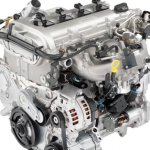 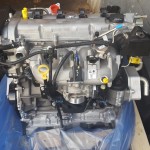