The 6.0 liter V8 L98 engine was produced by Holden for use in its Commodore performance sedans. It is part of GM’s Gen IV Small Block engine family and was first introduced in the 2006 Holden Commodore VZ Ute.

The 6.0L L98 engine debuted in the 2006 Holden Commodore VZ Ute, and was eventually used in several other Holden-specific applications. It is extremely similar to the the 6.0L LS2 engine that debuted in the 2005 Chevrolet Corvette C6, and the 6.0L L76 engine used in many trucks and sedans, featuring an all-aluminum construction.

The L98 engine is a derivative of the 6.0L L76, which, itself, is a modified version of the 6.0L LS2 engine. The key difference between the L98 and L76 is the removal of the displacement on demand, or active fuel management system from the L76. It is otherwise identical to the L98 V8 engine. As such the power figures are very similar with the L98 producing 362 horsepower and 391 pound-feet of torque. 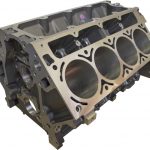 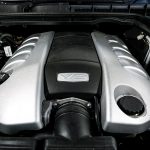