The L87 is a 6.2-liter, eight-cylinder engine from General Motors that’s used in a range of pickup trucks and SUVs. Featuring an OverHead Valve (OHV), or “push-rod” design in a “V” configuration, the L87 is part of GM’s Gen V Small Block engine architecture that’s known in trucks and SUVs as EcoTec3.

GM Authority discovered references to the motor in the 2019 Silverado order guide and 2019 Sierra order guide on April 21st, 2018.

“The increased variability of Dynamic Fuel Management means the engine will operate more often with a reduced number of cylinders, which saves fuel across the board,” said Lee. “Better yet, the transitions are transparent, and because the system is torque-based, you’ve always got that satisfying feeling of power on demand that comes from Chevy’s Gen V Small Block V-8 engines.”

The engines also feature driver-selectable stop/start technology that helps save fuel in stop-and-go traffic. The 6.2-liter L87 was initially offered in LTZ and High Country models.

Notably, the 6.2-liter L87 earned recognition as one of Wards 10 Best Engines in 2018. For the competition, WardsAuto editors evaluated every all-new or significantly improved engine or electric propulsion system available in production vehicles in the U.S. Vehicles must have had a starting MSRP less than $64,000, with the editors scoring eligible vehicles on horsepower, torque, technology, observed fuel economy, relative competitiveness and noise characteristics. 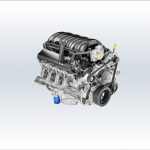 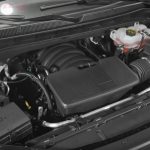 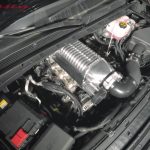