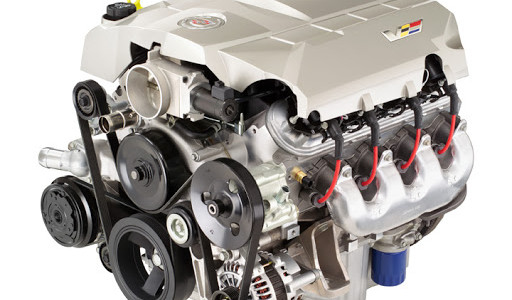 The 5.7L LS6 V8 engine is part of GM’s Gen III Small Block engine family, and was briefly produced by General Motors for use in two high-performance vehicles: the C5-generation Chevrolet Corvette Z06 and the first-generation Cadillac CTS-V.

This is not the first time Chevy used the LS6 designation, as a completely different engine based on the automaker’s big block V8 architecture used the same LS6 RPO Code and displaced a massive 7.4-liters (454 cubic-inches). The big block LS6 was manufactured from 1970 to 1976 in several General Motors products, including the Chevrolet Caprice, Chevelle, Corvette, El Camino, and Monte Carlo as well as the GMC Sprint.

To clarify, the old school big block LS6 V8 has no mechanical relation to this third-gen small block LS6 motor.

The 5.7L LS6 debuted in the 2001 Chevrolet Corvette Z06 as a high-performance variant of the LS1 engine found in the standard Corvette C5. It carried on the same basic architecture and principles of the LS1, including the block design and overall engine displacement, with some performance-enhancing upgrades added.

When the LS6 was introduced in 2002, it produced 385 horsepower and later saw a bump to 405 horsepower and 400 pound-feet of torque in 2002. Both figures are healthy improvements over the standard LS1 engine’s 350 horsepower.

The LS6 featured a higher-flowing intake, stiffer valvetrain and a more aggressive camshaft than the LS1 engine. Additionally, the Z06 featured an ultra lightweight titanium exhaust system, which offered a marginal increase in power.

Other LS6 engine highlights include:

Other members of the Gen III Small Block engine family include: 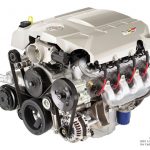 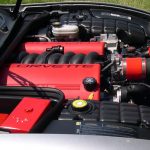