Most evident when driving, changing lanes, and checking for vehicles and traffic conditions, the benefits of the Rear Camera Mirror include:

“The closest comparison to this kind of rear vision would be driving a convertible with the top down,” said Travis Hester, Cadillac CT6 executive chief engineer. “In addition to the increased field of view, the technology eliminates any rear seat, rear pillar or passenger obstructions, allowing the driver an unimpeded view of the lanes behind and traditional blind-spots,” Hester said.

Drivers can disable the mirror’s video streaming function by “flipping down” the tab on the underside of the mirror. Doing so reverts the mirror to a traditional electrochromatic rearview mirror.

The second-generation Cadillac Rear Camera Mirror was introduced on the 2019 Cadillac XT4 and 2019 Cadillac CT6. It features the following improvements: 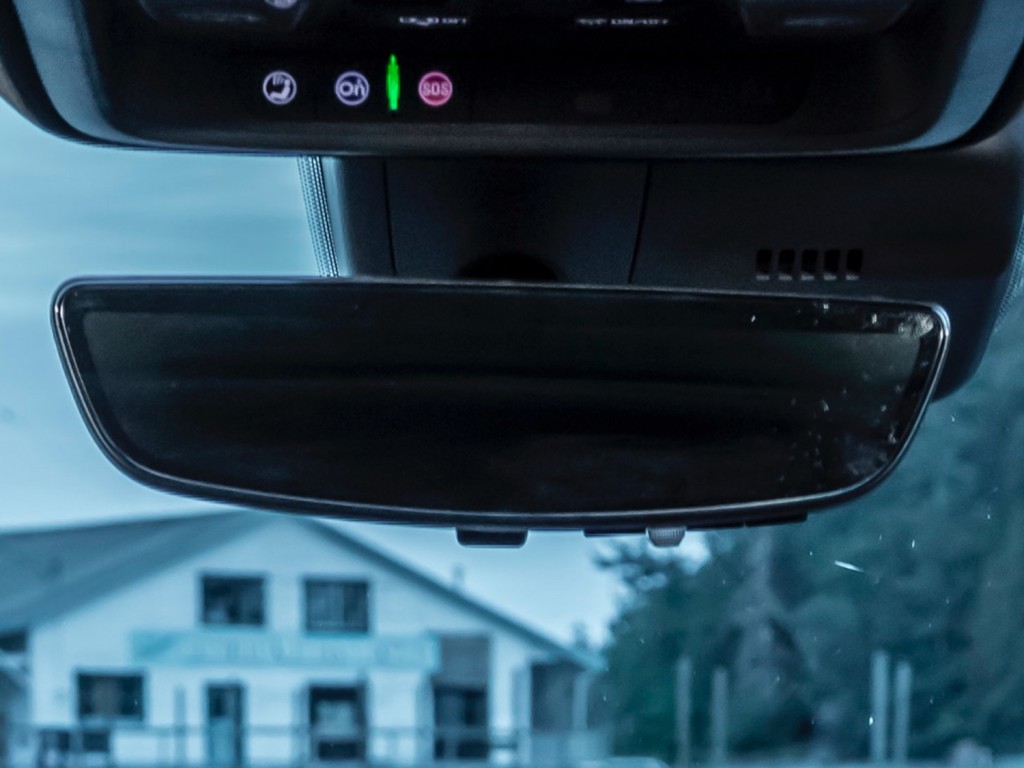 Researchers and engineers working on the GM Rear Camera Mirror have been awarded 10 patents – one for the streaming video mirror and nine for video processing. The patents cover innovations in the wide field of view camera image calibration, de-warping, glare reduction and camera hardware design.

The technology is currently available on the following vehicles.

General Motors and its Cadillac prestige-luxury division announced the Rear Camera Mirror in December 2014 for the 2016 Cadillac CT6.