The Curb View Camera, sometimes referred to as the Front Camera or Front View Camera, is a General Motors active safety technology that provides the driver a view of the scene immediately ahead of the vehicle on the vehicle’s center stack display to help the driver avoid low-speed collisions into nearby objects, such as curbs, poles, and parked vehicles.

The Curb View Camera system works via a forward-looking camera in a vehicle’s front grille or emblem area that sends its image to a vehicle’s center stack display. During low-speed maneuvering (such as parking), the system provides the driver with a view of the scene immediately ahead of the vehicle. 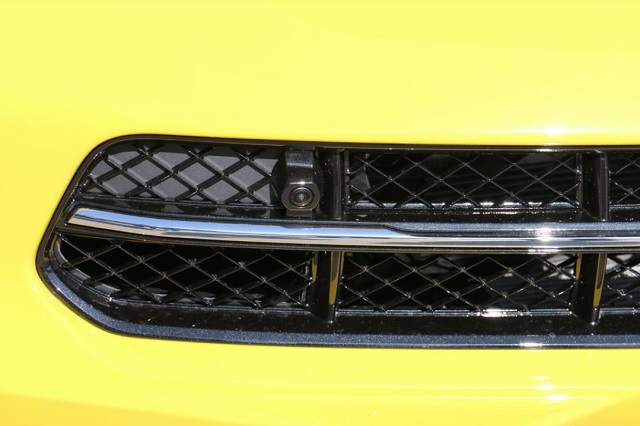 Front camera in the front grille of 2016 Chevrolet Corvette C7

The Front Camera View is activated when the driver shifts into a Forward gear and the Front Park Assist system detects an object less than 1 foot (or 0.3m) away. On model year 2016 vehicles and newer, drivers can manually invoke the Front Camera View by selecting the Camera icon from the center stack display home screen.

The Front Camera image is removed from the display when vehicle speed exceeds 6 mph (10 km/h) or by pressing a button in the infotainment screen of the center stack.