Safety Alert Seat is a General Motors active safety feature that vibrates the driver’s seat bottom cushion if a crash risk is detected.

The technology was designed to provide customers an alternative to auditory alerts such as beeps, while also giving hearing-impaired drivers an opportunity to experience crash avoidance systems alerts. This is especially relevant when considering that about one in five Americans, or roughly 48 million people, suffer some degree of hearing loss, according to research from Johns Hopkins University.

“The best kind of safety protection we can offer are customer-focused features that help drivers avoid the crash altogether, and which are kept turned on for every trip,” said GM Active Safety Technical Fellow Raymond J. Kiefer. 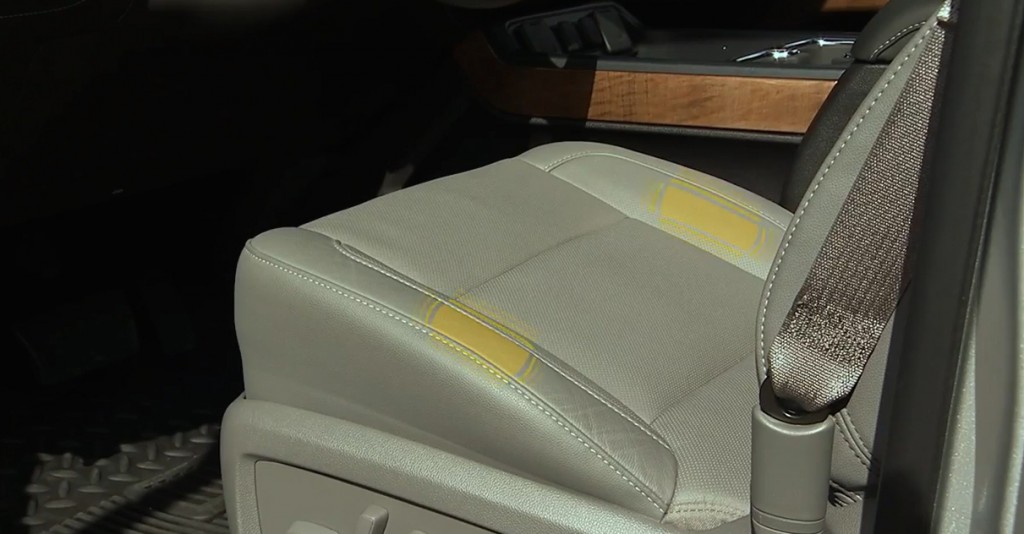 Safety Alert seat works in conjunction with other collision-avoidance warning technologies in the vehicle. It uses haptics in the cushion of the driver’s seat — a tactile feedback technology that re-creates the sense of touch by using left and/or right “tapping” vibration pulses — to direct the driver to the location of a crash threat. GM has stated that similar technology is used in space and military applications.

If they so prefer, drivers can select beeping alerts instead of seat vibrations.

“Safety technologies are only as effective as customers’ willingness and ability to use them,” said Kiefer. “If the Safety Alert Seat encourages our customers to receive crash-threat alerts or give hearing-impaired drivers an opportunity to experience such alerts, we think that’s good for them as well as other motorists.”

Safety Alert Seat initially debuted on select Cadillac and Buick vehicles. In the following years, it has made its way across other General Motors, including those from GMC and Chevrolet.