Buckle to Drive is a General Motors safety technology that builds upon the Teen Driver system with the goal of encouraging seat belt use. Specifically, the system restricts the driver from shifting out of park if the driver’s seat belt is not buckled.

As mentioned, the Buckle to Drive feature is available only when the vehicle is in Teen Driver mode. When the brake pedal is pressed, the driver will hear an audible alert and see a message in the driver information center that reads “Buckle seat belt to shift.” If the vehicle is on and the driver’s seat belt is not buckled, the feature is designed to not allow the driver to shift out of park for up to 20 seconds.

A note on Teen Driver mode: a parent can enable the feature by creating a PIN in the Settings menu that allows them to register their teen’s key fob. The Teen Driver settings are turned on only when a registered key fob is used to start the vehicle. 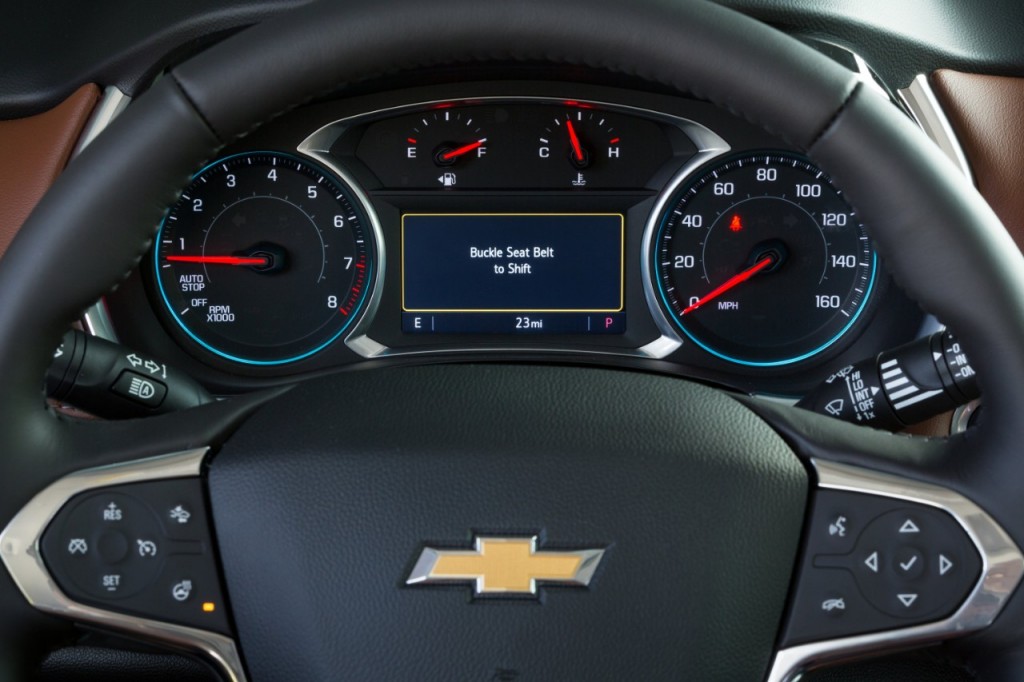 The obvious benefit of the Buckle to Drive system is an increase in seat belt use, resulting in an increase in safe driving habits amongst young drivers. This is especially useful as motor vehicle crashes are the leading cause of death of teens living in the U.S.

The Buckle To Drive feature initially launched on select Chevy vehicles for the 2020 model year, namely the Chevrolet Traverse, Chevrolet Malibu, and Chevrolet Colorado. For the 2021 model year the feature began to make its way into additional models, such as the Cadillac CT4, Cadillac CT5, and several others.