Following is speculative and unconfirmed information about the next Chevrolet Corvette. This page is a continuous work-in-progress and will be updated on a regular basis as we await official details from General Motors and Chevrolet.

If you notice any inaccuracies about the information provided, or have edits to suggest, please let us know here.

Following are our expectations about the future Chevrolet Corvette:

We expect the upcoming future Chevy Corvette C8 to be available as a two-door coupe and convertible with seating for two. If the C8 does adopt a rear mid-engine powertrain layout as is largely expected, then its styling will change significantly from the first seven generations of the Corvette,, all of which featured a front-engine, rear-drive layout featuring a long hood and a short rear deck. Instead, a mid-engine Corvette would have a shorter hood and a longer rear deck, along the lines of the Ford GT, Audi R8, as well as various Lamborghini and Ferrari models. 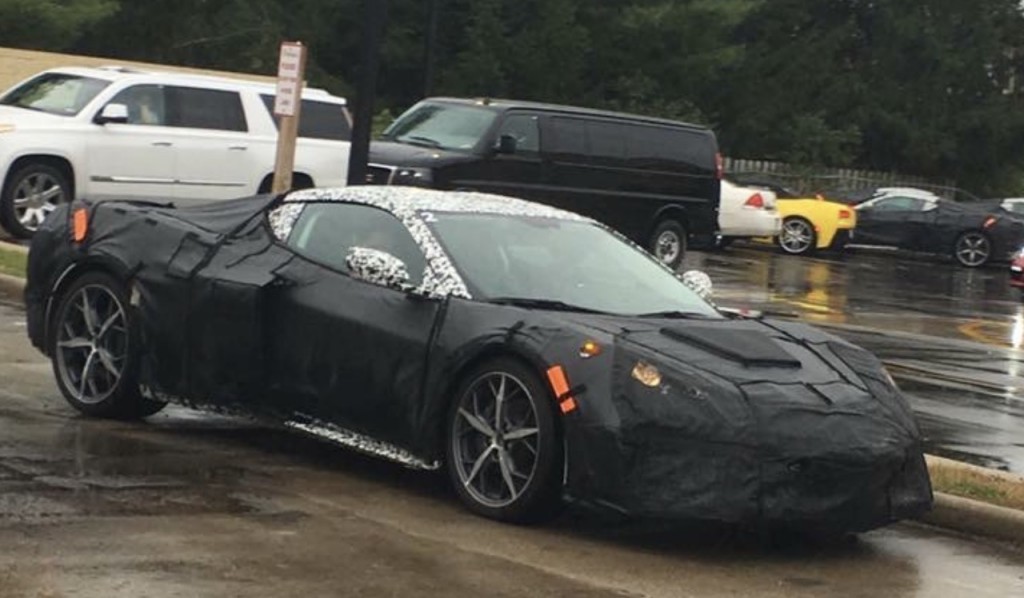 We believe that switching to a rear-mid engine layout is to push the Corvette into a new, higher performance envelope. The move is necessary given the sixth-generation Camaro has become a very competent sports car that in many ways steps on the toes of the seventh-generation Corvette from a performance standpoint.

We expect that the starting price of the next Corvette will be in the $70,000 range and go up from there depending on trim level and option selection, along with model preference.

We expect the mid-engined Corvette to ride on a new architecture called the GM Y2 platform. The architecture will be unique to the Corvette C8, though it could also be shared with a Cadillac super car in the future.

According to a December 2017 leak, the future Corvette will likely be offered with the following three engine choices:

The engines will likely be manufactured at the GM Tonawanda powertrain plant.

The next Corvette will likely be offered with a choice of two transmissions – a seven-speed manual or a 10-speed automatic – driving the rear wheels.

We expect the future Corvette to be assembled by GM USA at the GM Bowling Green factory in Kentucky.

The future Chevrolet Corvette will have the following competitors:

Before The All-New Model

It is believed that the current-generation C7 Corvette will continue being sold alongside the all-new mid-engine C8 Corvette, with the former appealing to traditional Corvette customers while the latter being aimed at attracting a new exotic super car customer base. Whether this strategy will be temporary or permanent is unknown.

Discuss the next Chevy Corvette in our Chevrolet forum.