The Chevrolet TrailBlazer (also spelled Trailblazer in certain markets and for certain generations) can refer to three different kinds of Sport Utility Vehicles (SUVs) or one Crossover Utility Vehicle (CUV) marketed by General Motors under its Chevrolet brand.

Currently, the Chevrolet TrailBlazer (with a capital “B”) spans three generations as a body-on-frame SUV, while the Trailblazer (with a lowercase “b”) spans one generation as a unibody crossover.

Chevrolet first used the TrailBlazer nameplate in 1999 as top-level trim level for the Blazer. In 2002, the TrailBlazer became a separate model, while the Blazer remained in production until 2005, creating an overlap with the new TrailBlazer SUV and the outgoing Blazer SUV. 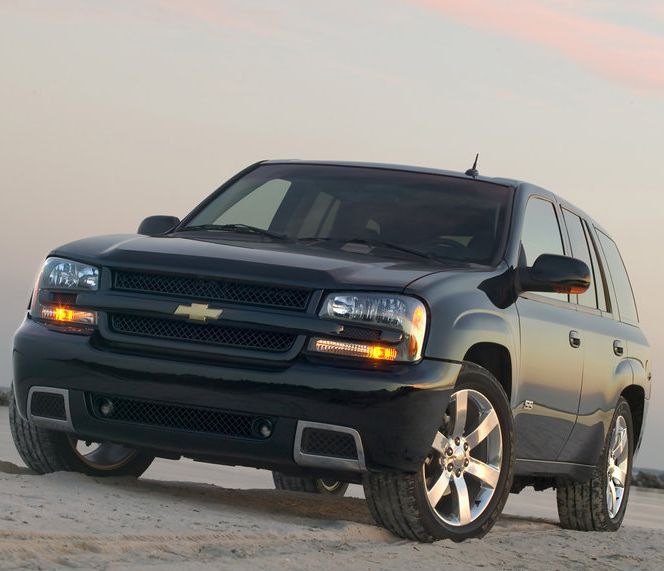 The first-generation Chevrolet TrailBlazer was introduced in 2001 and discontinued in 2008. Spanning the 2002-2009 model years in the U.S., it was available in various global markets, including North and South America as well as Russia and the CIS region.

Based on a pickup truck platform called GMT360 (for regular wheelbase models) and GMT370 (for extended-length EXT models), the TrailBlazer offered four-wheel drive as an option on all models, with automatic engagement as well as the more traditional “4 High” and “4 Low” settings. The only exception to this is the SS model, which features an All wheel drive system. 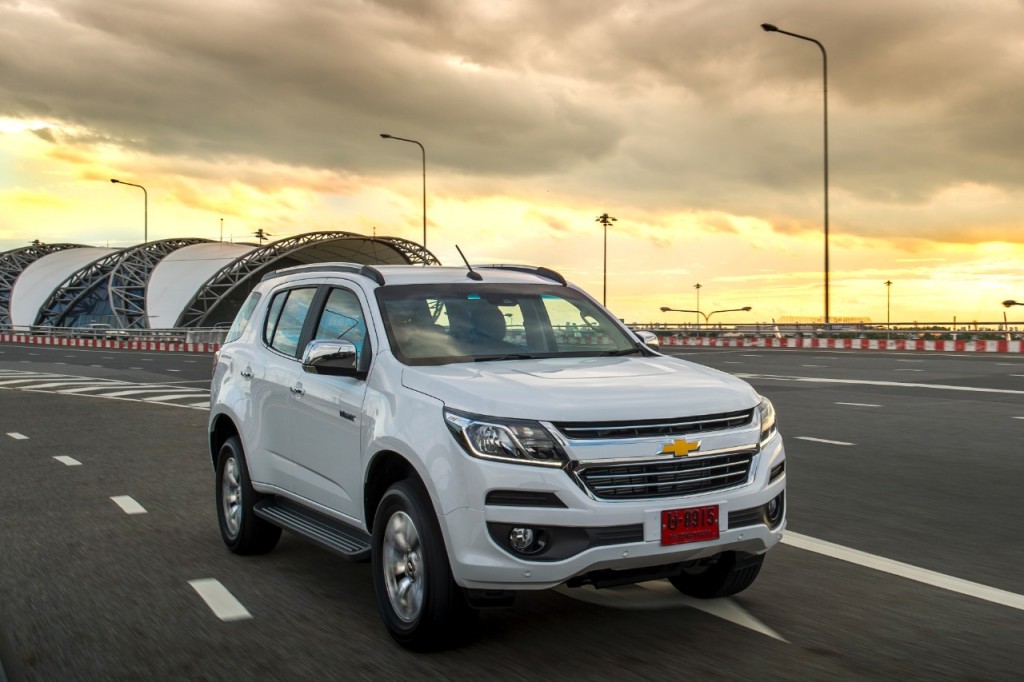 Like its first-generation predecessor, the second-generation Trailblazer is based on a pickup truck platform – the GMT 31XX platform – is shared with that of the International-market 2012 Chevrolet Colorado.

This model is built in Thailand and Brazil and sold in Oceania (Australia and New Zealand) as well as certain Southeast Asian countries, India, South Africa, Saudi Arabia, and in Australia as the Holden Colorado 7. It is not available in North America.

The 2013 (and newer) Isuzu MU-X is also based on the second-generation Chevrolet Trailblazer.

The second-generation TrailBlazer will likely be discontinued and replaced by the 2019 Chevrolet Blazer crossover in markets where GM/Chevy markets the TrailBlazer.

The vehicle was originally slated to replace the Trax in Chevy’s North American utility vehicle lineup. However, GM decided to keep the Trax in its portfolio and sell it alongside the Trailblazer as a less premium offering. In China, the Trax was replaced with two models – this Trailblazer crossover and the smaller Tracker.