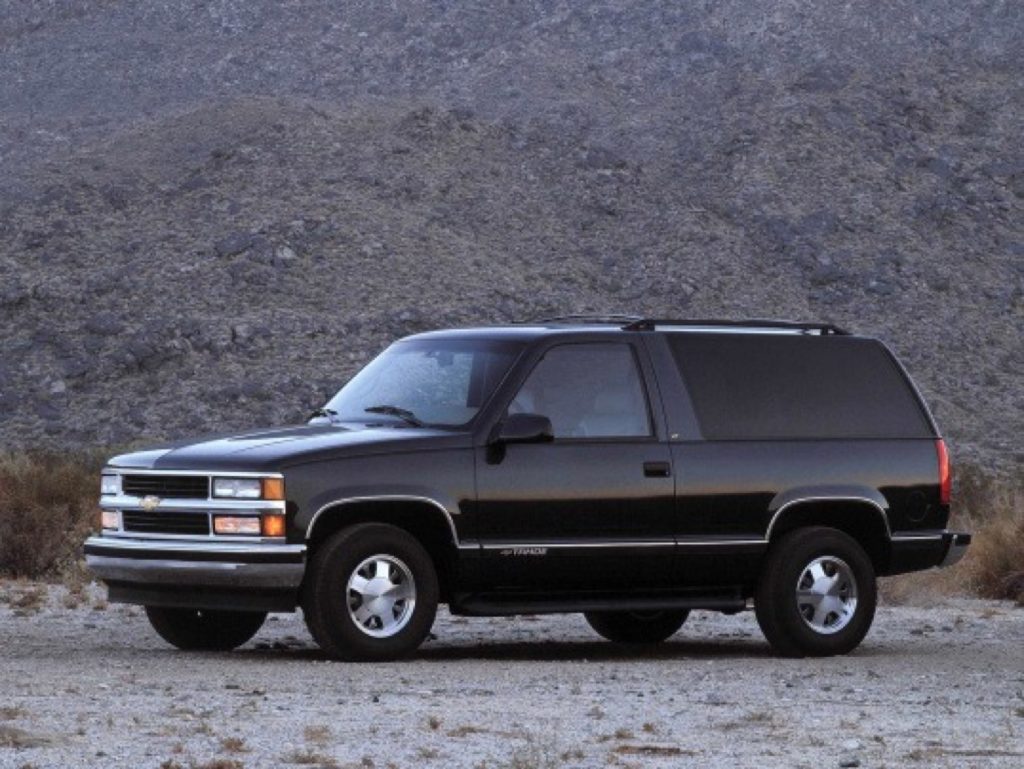 The first-generation Chevrolet Tahoe was essentially a rebranded Chevrolet Blazer, but with the addition of a longer, four-door variant. Notably, this generation was the only generation in which a Tahoe could be optioned with two doors.

The first-gen Tahoe, as well as the GMC Yukon, rode on the GMT400 platform. The Chevrolet Suburban and GMC Yukon XL also used this vehicle platform. Despite the shared platform, the Tahoe and Yukon were significantly shorter in length than the Suburban and Yukon XL. Production took place at assembly plants internationally, including the GM Arlington plant in Texas, the GM Janesville plant in Wisconsin, the GM Silao plant in Mexico, the GM Cordoba plant in Argentina and the GM Valencia plant in Venezuela. 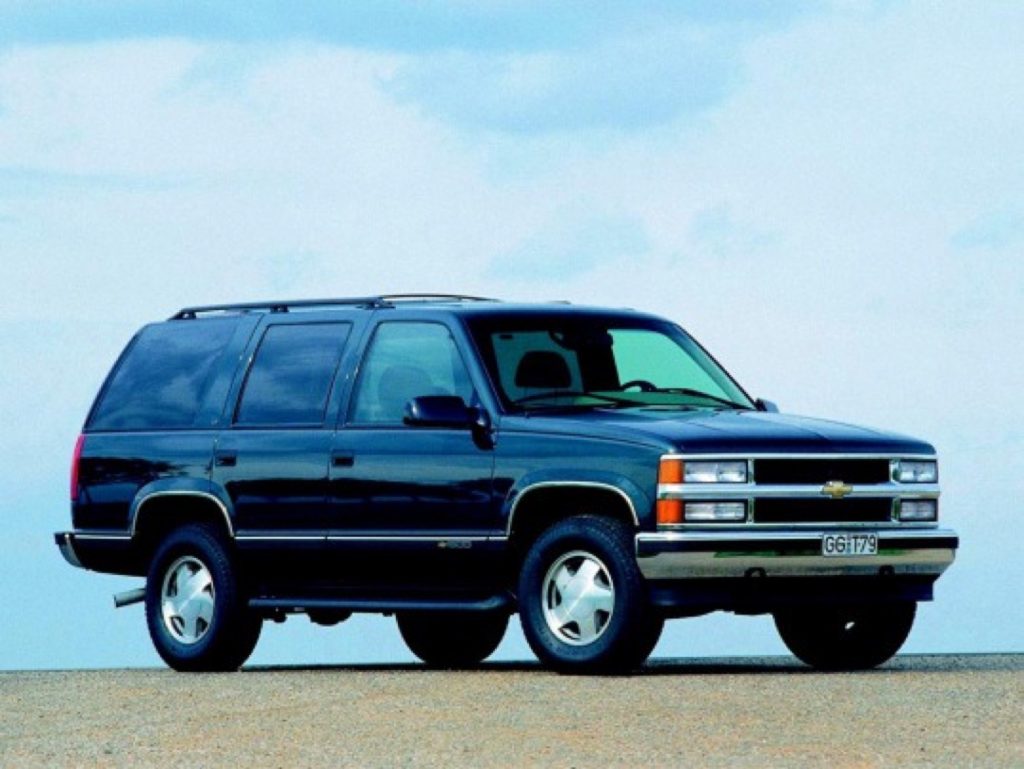 General Motors never gave the first-gen Tahoe a mid-cycle refresh but did introduce a few updates every year.

As for powertrain, the 1995 Tahoe was equipped as standard with the 5.7L LO5 V8 gasoline engine, while 1996 and onward models received the updated 5.7L L31 V8 gasoline engine. Additionally, the turbocharged 6.5L Detroit Diesel V8 engine was only available for two-door models with 4WD. Offered exclusively in foreign markets, a turbocharged 4.2L I6 diesel engine was also available. The GM four-speed automatic transmission or five-speed manual transmission were the only transmission options. 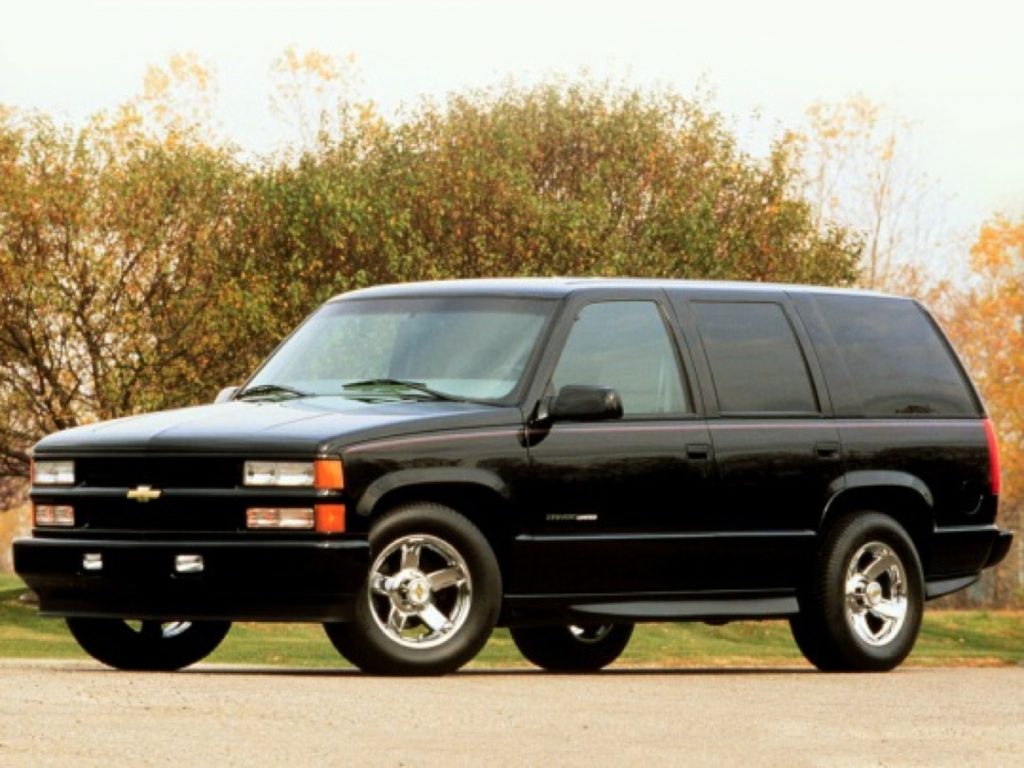 Production spanned from model years 1995 to 2000, while the 1999 Tahoe had a trim lineup that ranged from Base, LS, LT and Z71. It’s worth noting that GM sold the Chevrolet Tahoe Limited alongside the second-generation Tahoe for the 2000 model year only. 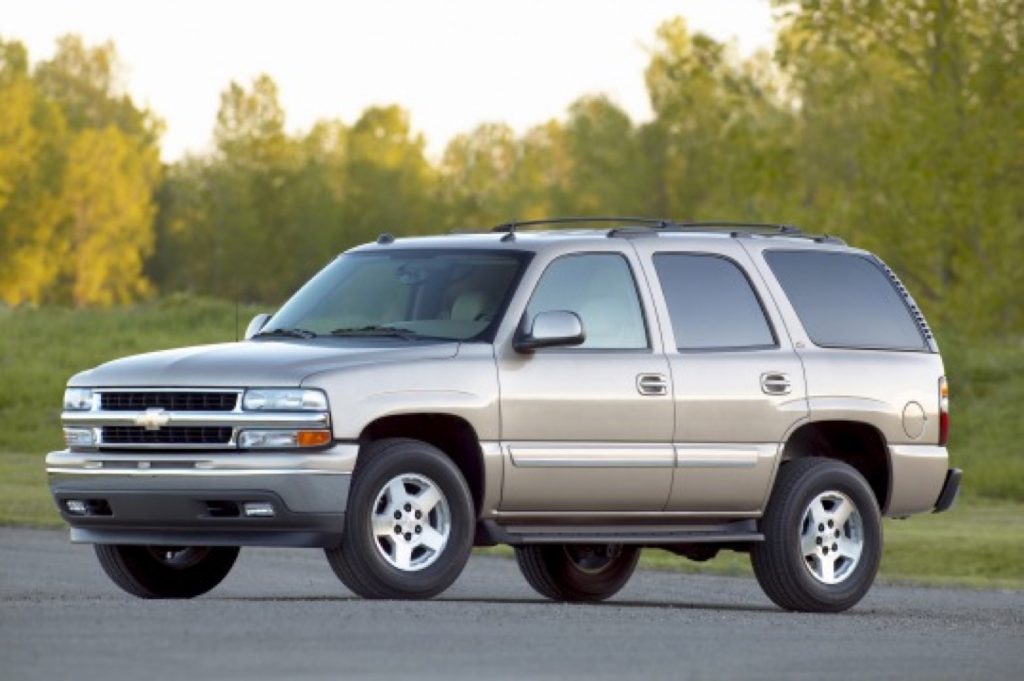 The second-generation Chevrolet Tahoe debuted for the 2000 model year, and was sold in conjunction with the aforementioned Tahoe Limited. Based on the GMT800 platform, this generation of the Tahoe received a complete overhaul over the preceding model, including softer, more aerodynamic styling features and an interior overhaul.

Production took place at the GM Arlington plant in Texas, the GM Janesville plant in Wisconsin, the GM Silao plant in Mexico, and the GM Kaliningrad plant in Russia. 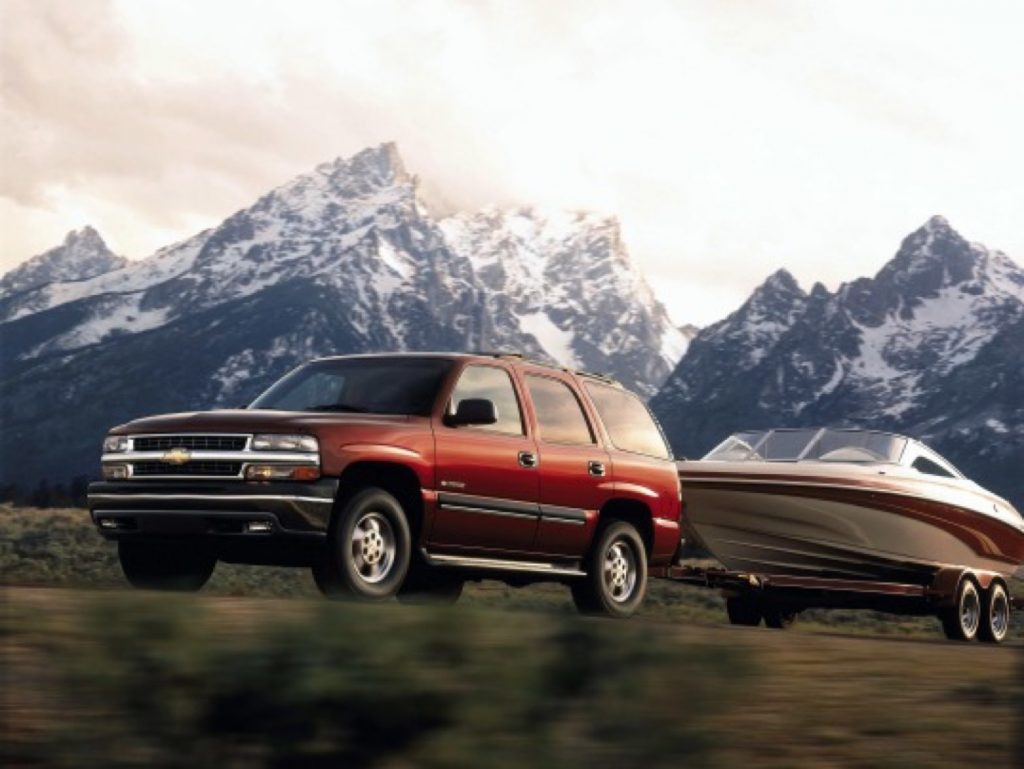 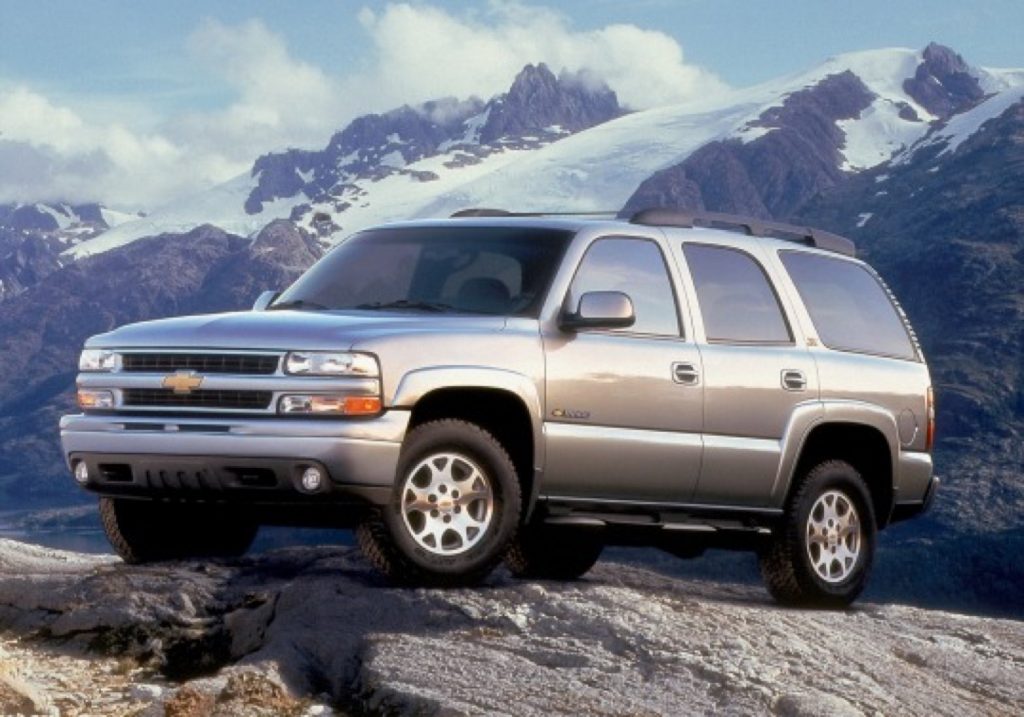 It’s worth noting that a 5.7L Small Block V8 Tahoe was sold exclusively in Mexican markets.

Production of the second-gen Chevrolet Tahoe spanned from the 2000 to 2006 model years, while the trim lineup on the 2006 Tahoe ranged from LS, LT and Z71. 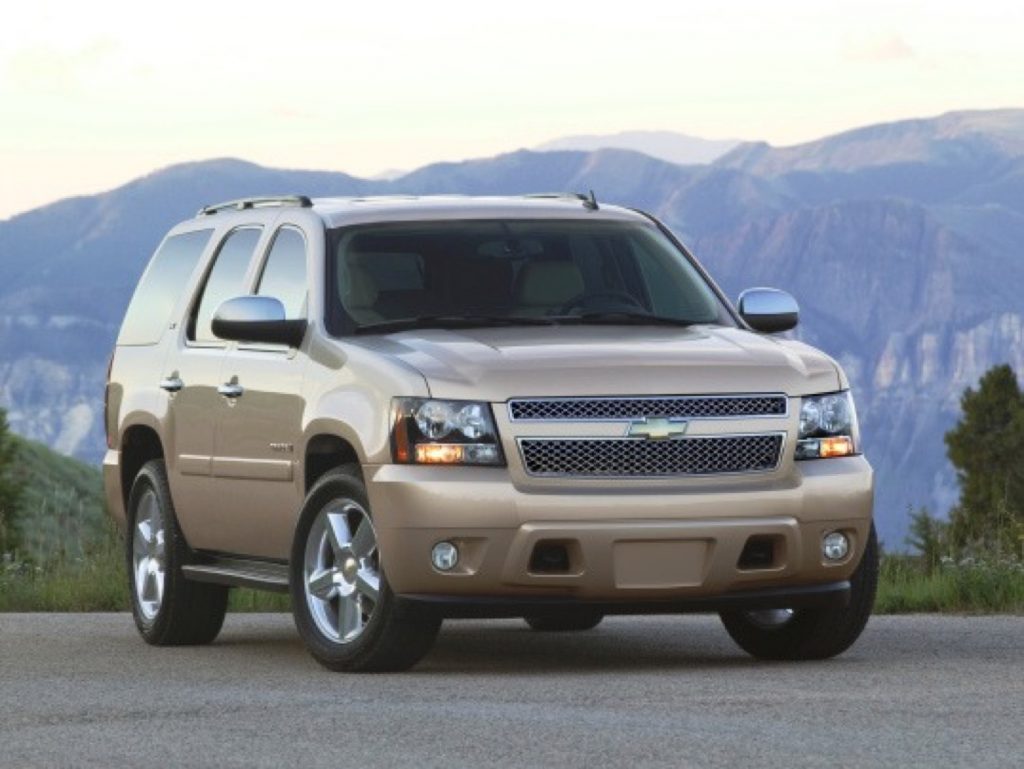 The third-generation Chevrolet Tahoe launched in late 2005 as a 2007 model year vehicle. This generation Tahoe rode on the GMT900 platform, and had a much more angular design theme as compared to the second-gen Tahoe, as well as a significantly redesigned interior.

Production of the third-generation Tahoe began on December 1st 2005 at the GM Arlington plant in Texas, later following suit at the GM Kaliningrad plant in Russia and the GM Valencia plant in Venezuela. 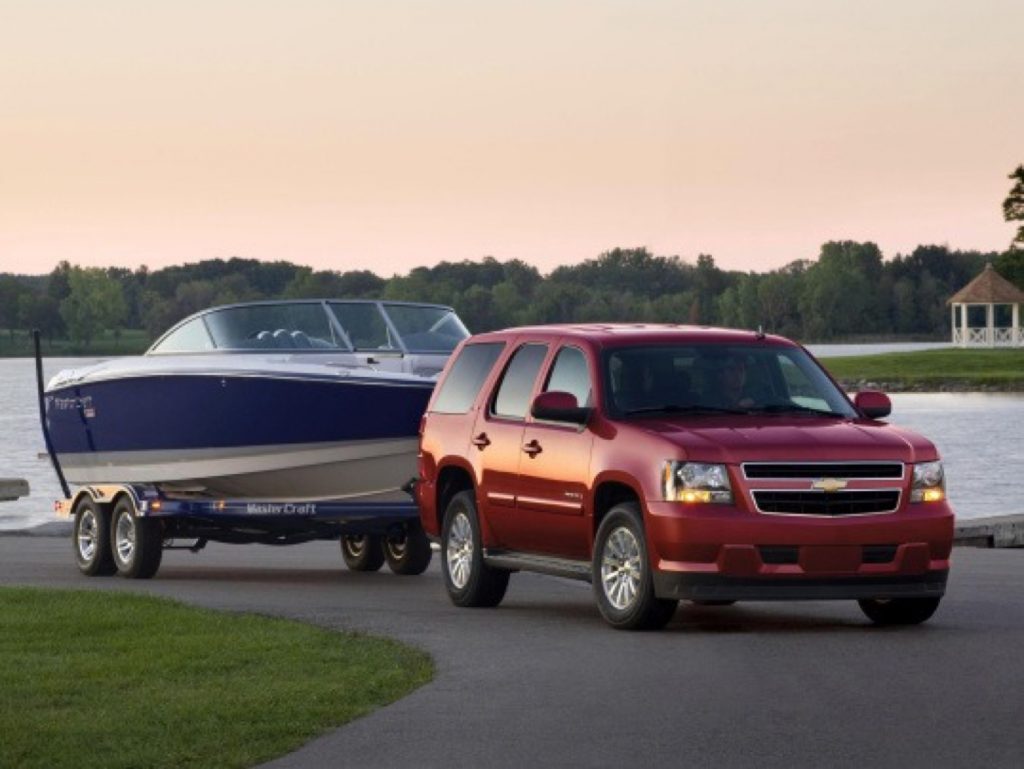 As for powertrain, the third-gen Tahoe saw a bump in fuel economy to the tune of the 2 to 3 mpg thanks to the addition of Active Fuel Management cylinder deactivation technology. The 4.8L LY2 V8 was standard from model years 2007 to 2009 and produced 295 horsepower and 305 pound-feet of torque, while the 5.3L LY5 V8 lasted the entire model run, and developed 320 horsepower and 340 pound-feet of torque. 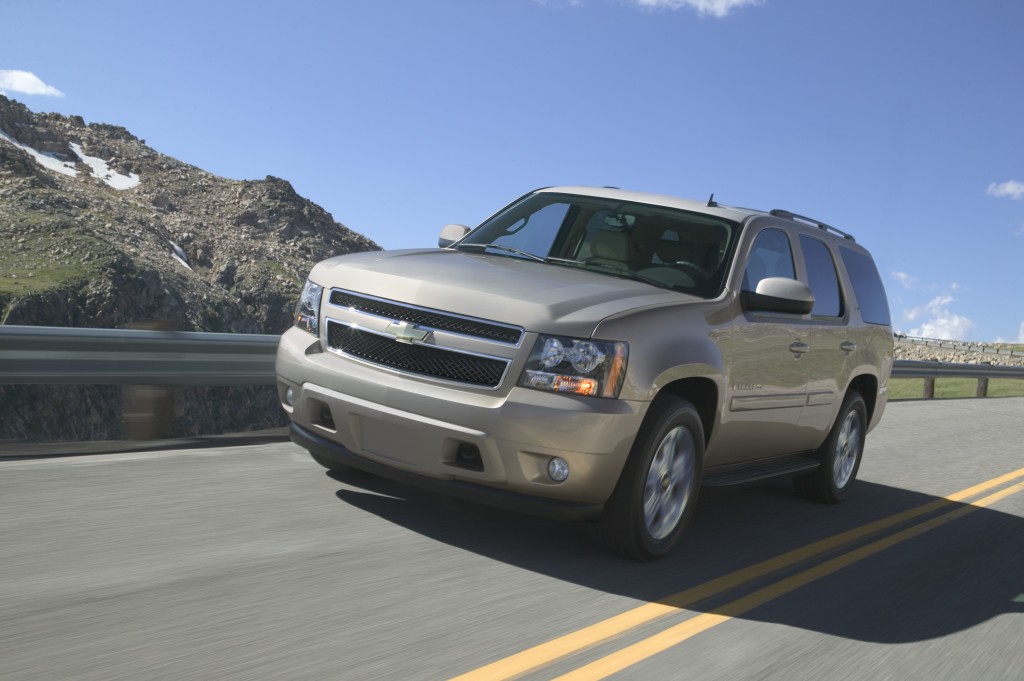 For just the 2009 model year, the 2009 Chevrolet Tahoe LTZ was available with the 6.2L L92 V8 gasoline engine. First offered in the 2007 Cadillac Escalade, this all-aluminum powerplant churned out 395 horsepower and 417 pound-feet of torque.

Starting with the 2008 model year, the third-gen Tahoe was also offered as a hybrid. This model featured the shared GM / Chrysler Advanced Hybrid System 2, which combined the 6.0L LFA V8 gasoline engine with two supplemental electric motors. The 6.0L LFA produced 332 horsepower and 367 pound-feet of torque alone, while the electric motors brought total output to 379 horsepower and 472 pound-feet of torque.

Production of the third-generation Chevrolet Tahoe spanned from the 2007 to 2014 model years, while the trim lineup on the 2014 Tahoe ranged from LS, LT and Z71. 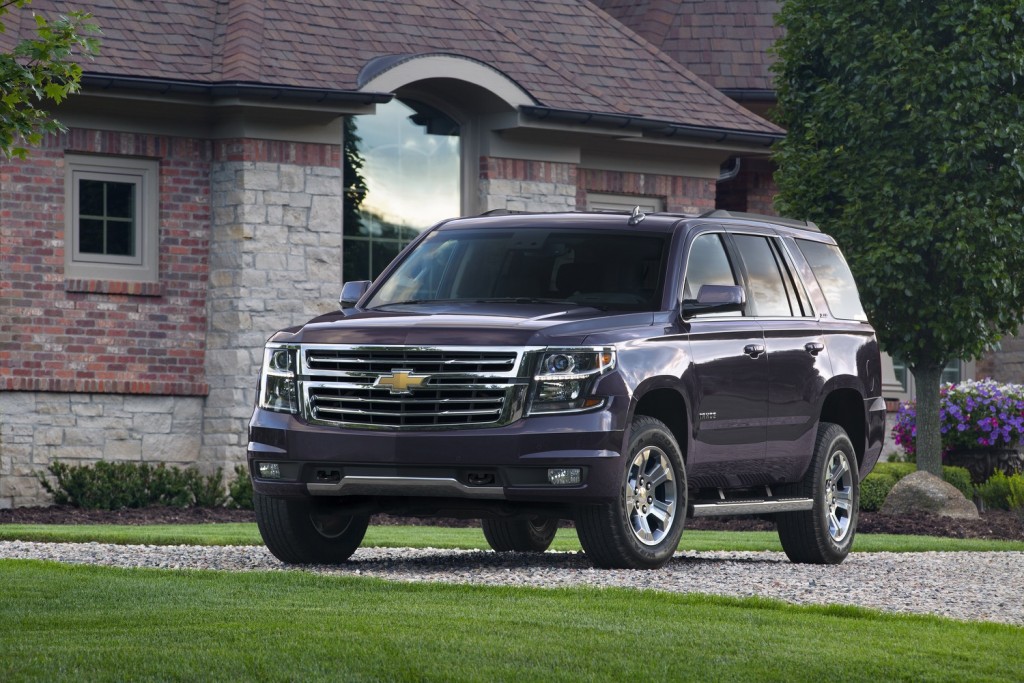 The fourth-generation Chevrolet Tahoe debuted in February 2014 as a 2015 model year vehicle, and rode on the GM K2XX platform (K2UC for Tahoe and K2UG for Yukon). This generation of the Tahoe saw an overall improvement in aerodynamics and efficiency, as well as entirely different sheetmetal from its Chevrolet Silverado brethren. On the interior, passenger space was increased, and fold-flat second- and third-row seats were now standard affair. Overall, this generation of Tahoe increased the daily livability of the Bow Tie’s full-size SUV.

Production of the fourth-gen Tahoe began in December 2013 at the GM Arlington plant in Texas. These first vehicles were used for testing purposes, as the Tahoe officially arrived on dealership lots in February the following year. 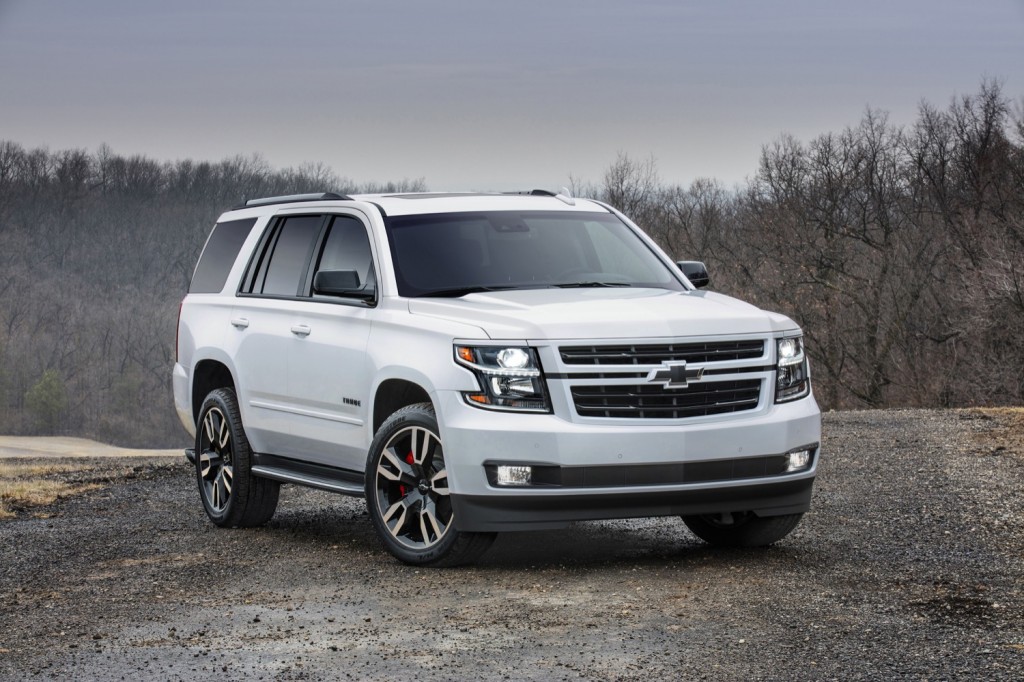 General Motors never gave the fourth-gen Tahoe a mid-cycle refresh but did introduce a few updates every year of production.

Later on, the 6.2L L87 V8 was made available for the 2018 Tahoe RST Performance package. This powerplant churned out 420 horsepower and 460 pound-feet of torque. As for drivetrain options, the only transmission offered was the GM six-speed automatic transmission. 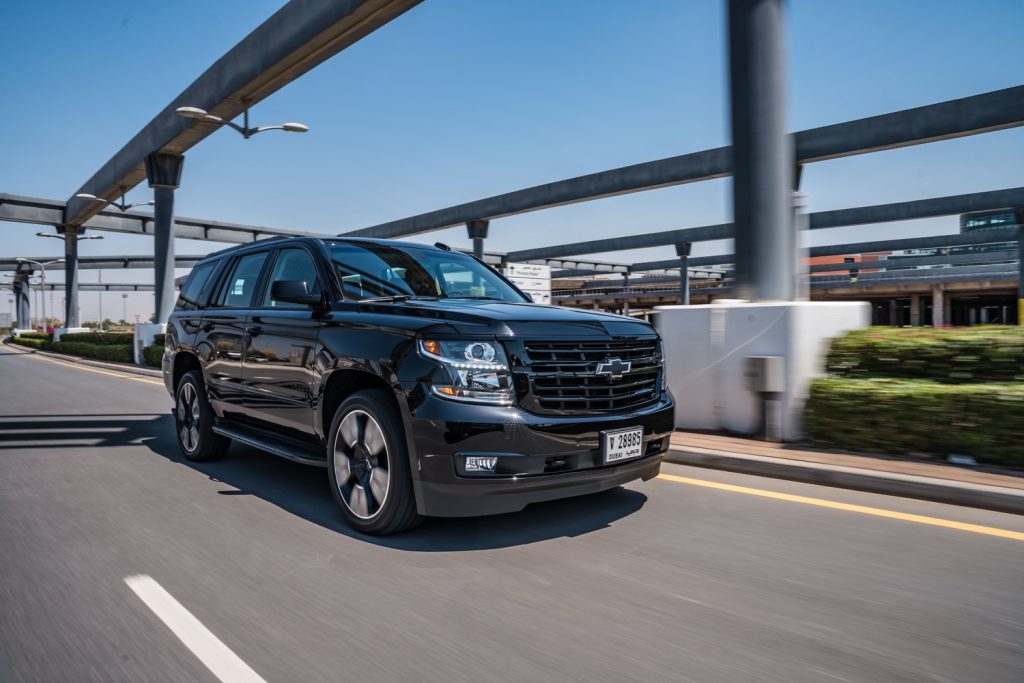 Overall, the fourth-generation Chevrolet Tahoe was an extremely popular full-size SUV offering. GM recorded three out of six years of production where the Tahoe sold more than 100,000 units.

Production of the fourth-gen Chevrolet Tahoe spanned from the 2015 to 2020 model years, while the trim lineup on the 2020 Tahoe ranged from LS, LT and Premier. 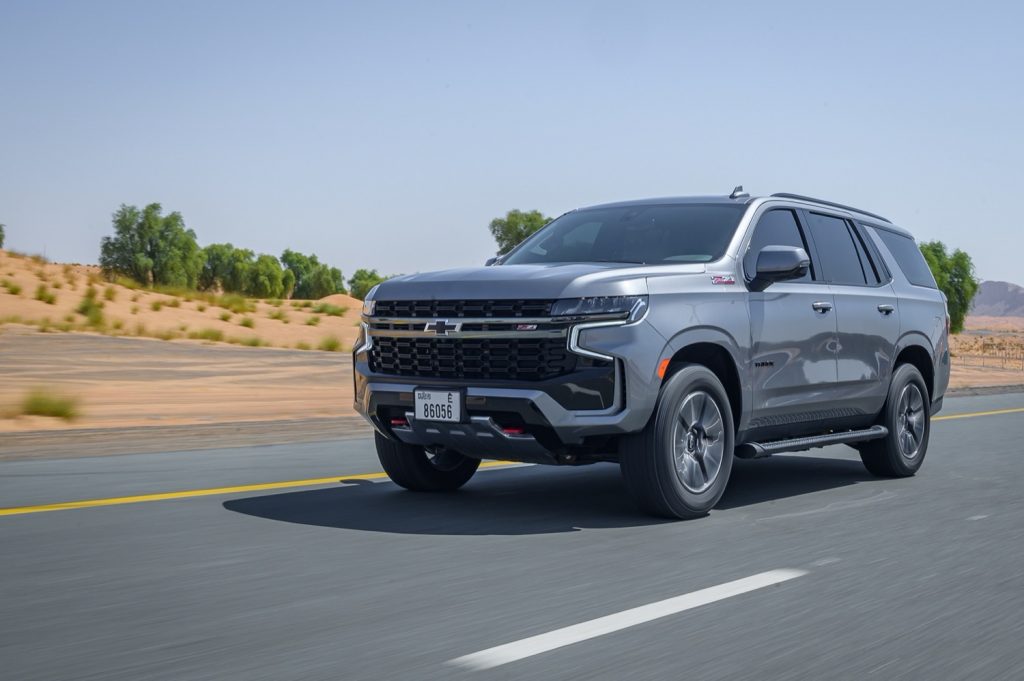 The fifth-generation Chevrolet Tahoe was unveiled at the Little Caesars Arena in Michigan on December 10th 2019. Due to the COVID-19 pandemic, this next-gen Tahoe didn’t begin production at the GM Arlington plant in Texas until May 18th 2020, and arrived on dealership lots in June 2020.

The fifth-gen Tahoe rides on the GM T1 platform, which it shares with the Silverado 1500. However, this generation of Chevrolet’s full-size SUV it noted for the introduction of an independent rear multilink suspension setup with coil springs over the pickups live axle and leaf spring setup. This new suspension system improved ride quality, as well as created more room in the cargo area and for second- and third-rowing seating. 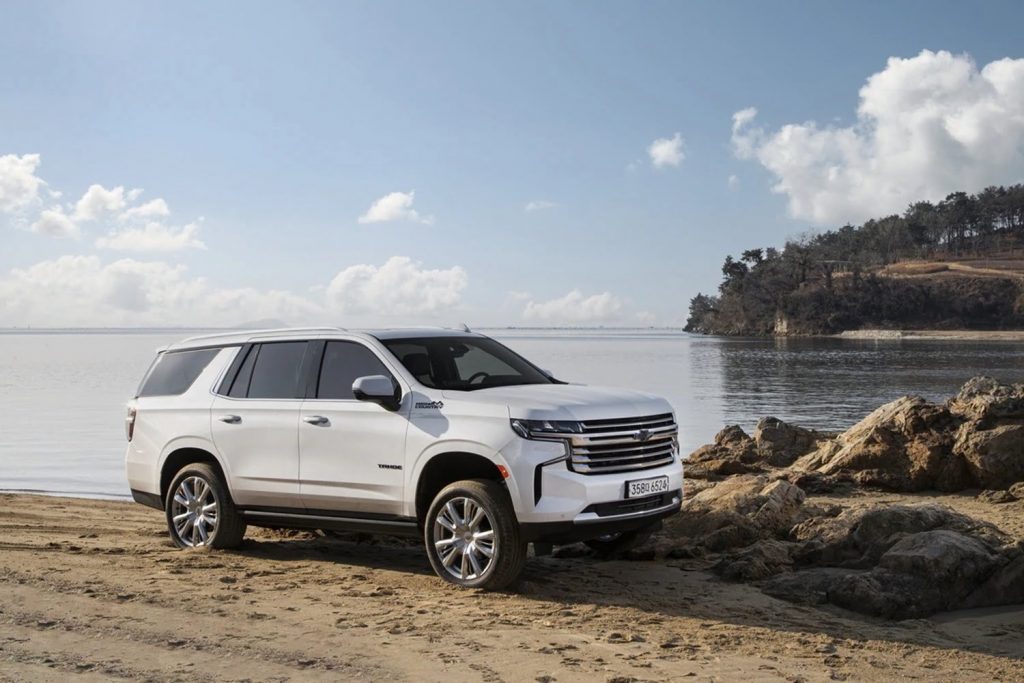 The fifth-gen Tahoe retains much of the preceding Tahoe’s boxy styling, but with a more rounded design. On the inside, the interior has been completely overhauled, with a standard 10.25-inch infotainment screen, as well as a driver-centered steering wheel. An Air Ride Adaptive Suspension system is standard affair on higher trim levels. 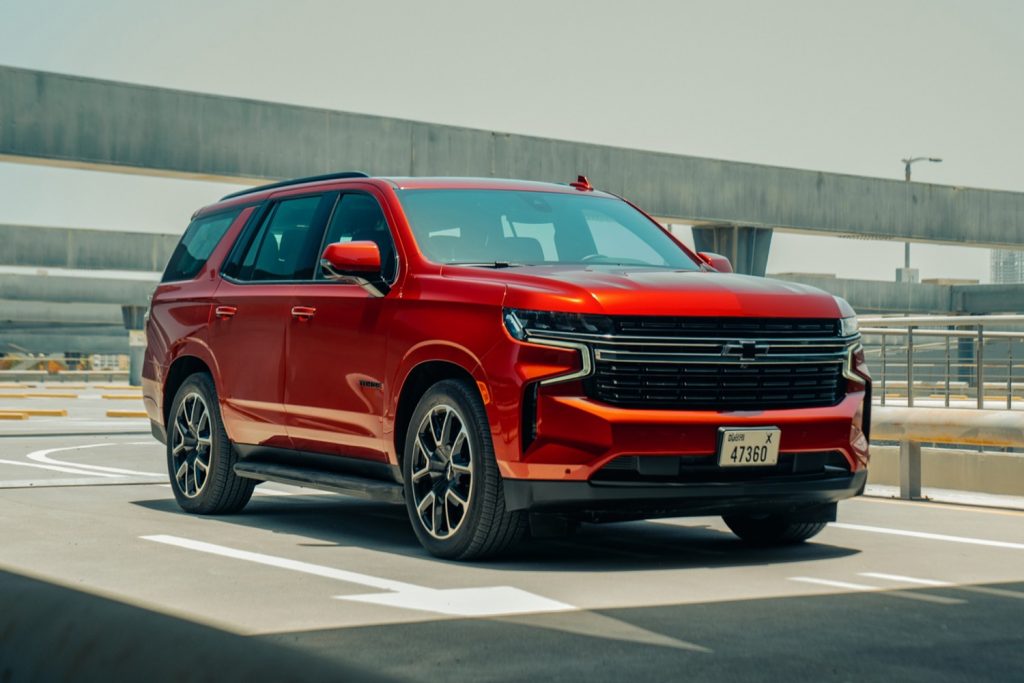 Production of the fifth-gen Tahoe is currently ongoing, and the trim lineup of the current 2023 Tahoe ranges from LS, LT, RST, Z71, Premier and High Country.