The Chevrolet Silverado ZR2 is a high-performance variant of the full-size pickup truck that entered the market for the 2022 model year.

Notably, the ZR2 moniker began life as the RPO code for a performance-enhancing off-road package for GM trucks and SUVs, and was initially introduced on the 1994 Chevrolet S-10 as well as the GMC Sonoma. For the 2022 Silverado, the ZR2 will be a trim level rather than just an available package. 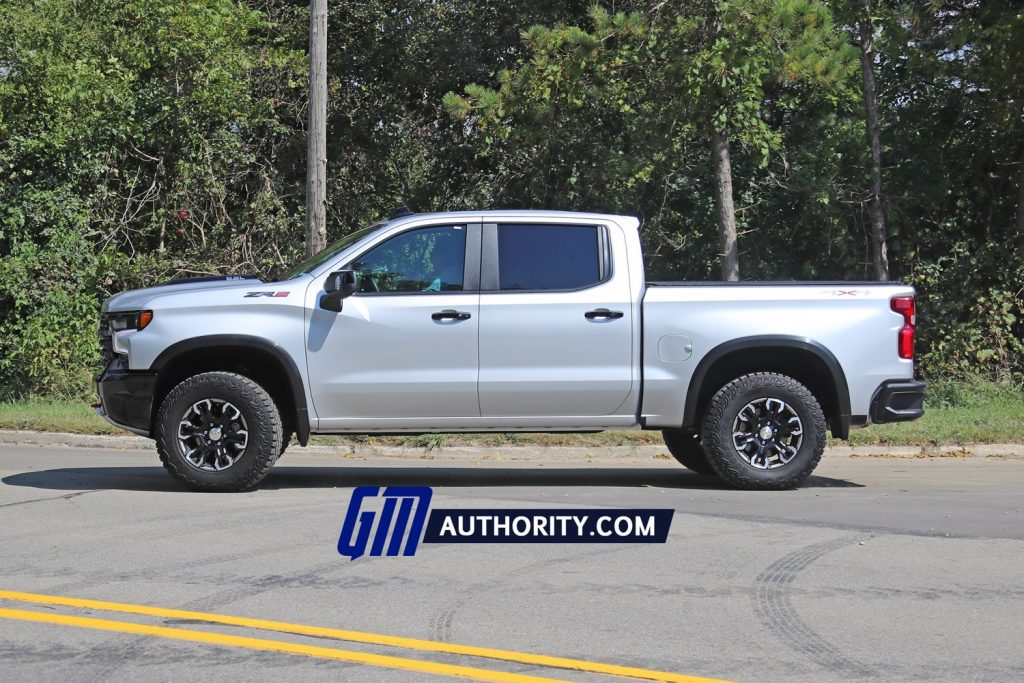 In a January 2018 interview with GM Authority, a Chevrolet official stated that the brand was assessing a performance model of the all-new, fourth-generation Silverado which was introduced for the 2019 model year (see more on the 2019 Silverado).

The automaker has since announced the introduction of the all-new Silverado ZR2 pickup truck, which will arrive with the refreshed 2022 Silverado 1500 model.

“We’ve had so much success with Colorado ZR2 at the dealership and on the racing circuit, we decided to build on that legacy,” said Director of Chevrolet Truck Marketing, Kelly MacDonald. “Enter the 2022 Silverado ZR2, Chevy’s flagship off-road truck and the latest addition to our factory lifted truck lineup.” 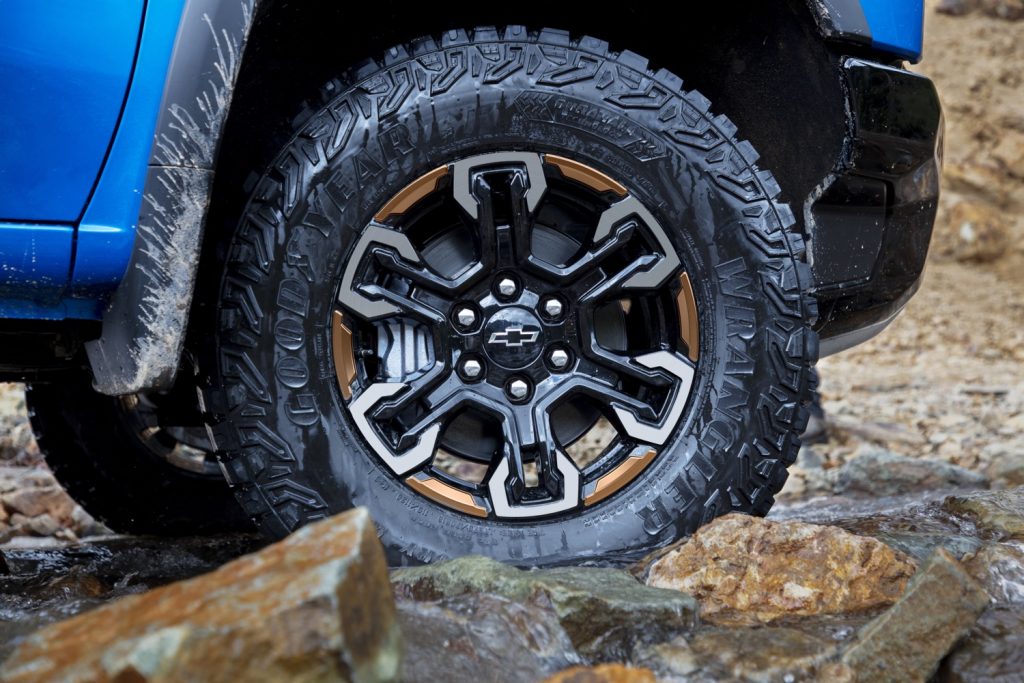 The 2022 Chevrolet Silverado ZR2 follows the automaker’s collaboration with Chad Hall Racing, with a several components being shared between the race truck and production truck, including the frame, transmission, transfer case, and naturally aspirated 6.2L V8 L87 engine rated at 420 horsepower and 460 pound-feet of torque.

“Chevrolet has been competing on some of the most grueling, toughest off-road courses with a prototype Silverado ZR2 in the Best in the Desert race series,” said Dom Lester, General Motors chief engineer, Performance Variants, Parts and Motorsports Engineering. “We applied what we learned in racing and Moab testing to the new ZR2 to offer a supremely capable and confidence-inspiring package, but one that doesn’t beat you up on the highway with its ride quality. It’s equally capable and comfortable.”

The off-road-capable truck is also fitted with MultiMatic DSSV dampers which have been paired with uniquely-tuned springs in an effort to increase maximum front and rear suspension travel. Other enhanced hardware includes:

Mindful considerations were also taken into account, including removable end caps designed into the front bumper for easier replacement in the event of close encounters with rocks or other off-road objects. The dual exhaust has been placed before the rear bumper to eliminate potential damage.

The all-new Silverado ZR2 features a unique exterior that sets it apart from other Silverado 1500 models. Up front the Silverado flaunts the revised fascia of the fully refreshed Chevy Silverado, as well as some off-roading specific elements, including twin red tow hooks in the lower fascia as well as a silver skid plate. Additionally, Vertical fog lights sit on either side of the red tow hooks, and a ZR2-specific grille with a functional flow tie completes the look.

On the side, the raised suspension, exterior badging, and trim-specific wheel options further the distinction between the ZR2 and non-ZR2 Silverado pickups. Out back sits more ZR2 badging along with corner steps and concealed exhaust outlets, which terminate before the rear bumper to provide maximum approach and departure angle.

The cabin of the ZR2 features the fully redesigned interior of the refreshed Silverado 1500, and includes a 13.4-inch-diagonal color touchscreen with Android Auto and Apple CarPlay compatibility along with a new 12.3-inch-diagonal configurable digital instrument cluster. Built-in Google tech includes Google Assistant, Google Maps and Google Play right on the infotainment screen.

The interior of the 2022 Silverado ZR2 also features unique colors and materials that set it apart from the interiors of other models in the full-sized pickup truck lineup.

The Silverado ZR2 competes directly against the Ford F-150 Raptor.

For reference, the 2021 Silverado 1500 LT Trail Boss starts at $52,795, the LTZ starts at $51,095, and the range-topping High Country starts at $55,495 (including destination freight charges), so we expect the ZR2 to land somewhere in this vicinity. However, given the enhanced hardware, there’s a possibility that the Silverado ZR2 could cost more than $60,000.

Production of the 2022 Silverado ZR2 will take place at the GM Fort Wayne Assembly facility in Indiana, and is scheduled to begin in Q1 of 2022.

Based on the expected start date of production, we expect the Silverado ZR2 to reach dealer lots by Q3 2022.

Discuss the 2022 Chevrolet Silverado ZR2 in our Chevrolet forum.