The Chevrolet Silverado 1500 light-duty model is a full-sized pickup truck that entered production for the 1999 model year. It is mechanically identical to the GMC Sierra 1500 pickup truck.

It’s worth clarifying the first-generation Chevy Silverado offered a 1500HD, which was part of the heavy-duty lineup and entirely different from the light-duty 1500 variant. A first-gen Silverado 2500 light-duty model was also available, and was mechanically similar to the 1500HD but offered in all three body configurations while the 1500HD was offered exclusively as a crew cab. 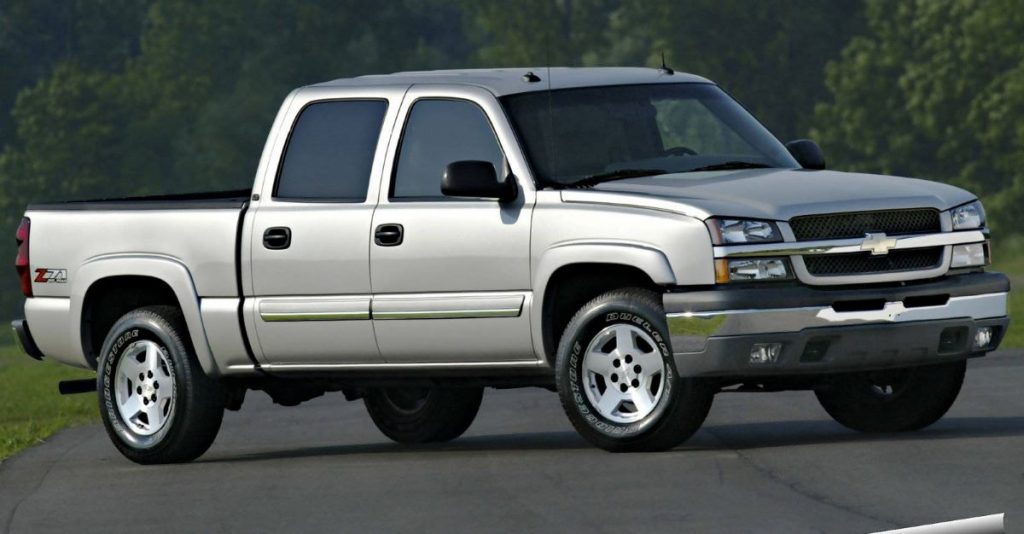 The Chevy Silverado 1500 nameplate made its debut for the 1999 model year. The then-new truck utilized the GMT800 platform, replacing the C and K-Series trucks that rode upon the GMT400 platform. Although the Silverado 1500 is the Sierra 1500’s corporate twin, it’s worth highlighting the fact that the Sierra nameplate existed one generation prior to the Silverado, meaning the first-gen Silverado matches up with the second-gen Sierra.

The Silverado 1500 was positioned as a larger, more refined successor to the C/K pickup truck. For instance, it’s said to be the first in the industry to offer a tow/haul mode. It was available in Regular, Extended – which is similar to the modern-day Double Cab – and Crew Cab body configurations with Short, Standard, or Long bed sizes.

Fuel efficiency did not improve much compared to the C/K 1500 pickup truck with a rating of up to 17 miles per gallon in the city and 23 on the highway. The maximum towing capacity did increase from 7,000 pounds to 8,200. The truck did receive notable updates throughout its lifetime, including an available traction control system in 2001, a drive-by-wire system in 2003, as well as a facelift for the 2003 model year.

One notable highlight is the fan-favorite, high-performance Silverado SS model, which was only produced during the 2003 through 2006 model year with a reported 100 units of the special-edition Intimidator SS being sold as 2007 units. It featured a Vortec 6.0-liter LQ9 V8 paired with a 4L65E four-speed automatic. Four-wheel drive was standard until 2005, when two-wheel drive became standard in an effort to increase sales. 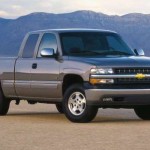 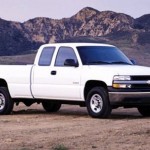 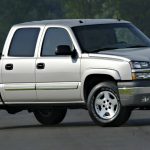 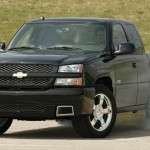 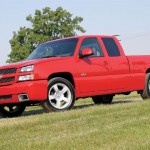 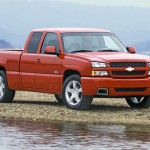 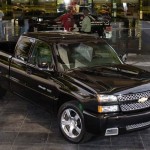 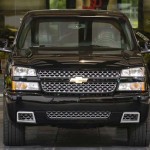 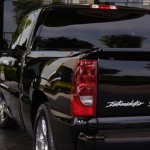 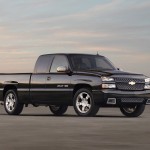 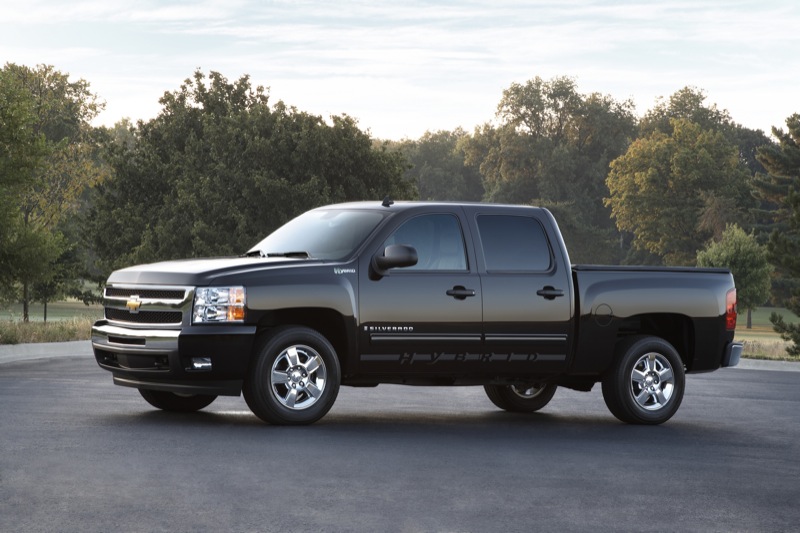 The second-generation Chevrolet Silverado 1500 arrived for the 2007 model year, utilizing the GMT900 platform and offering more modern safety features over the GMT800 trucks. 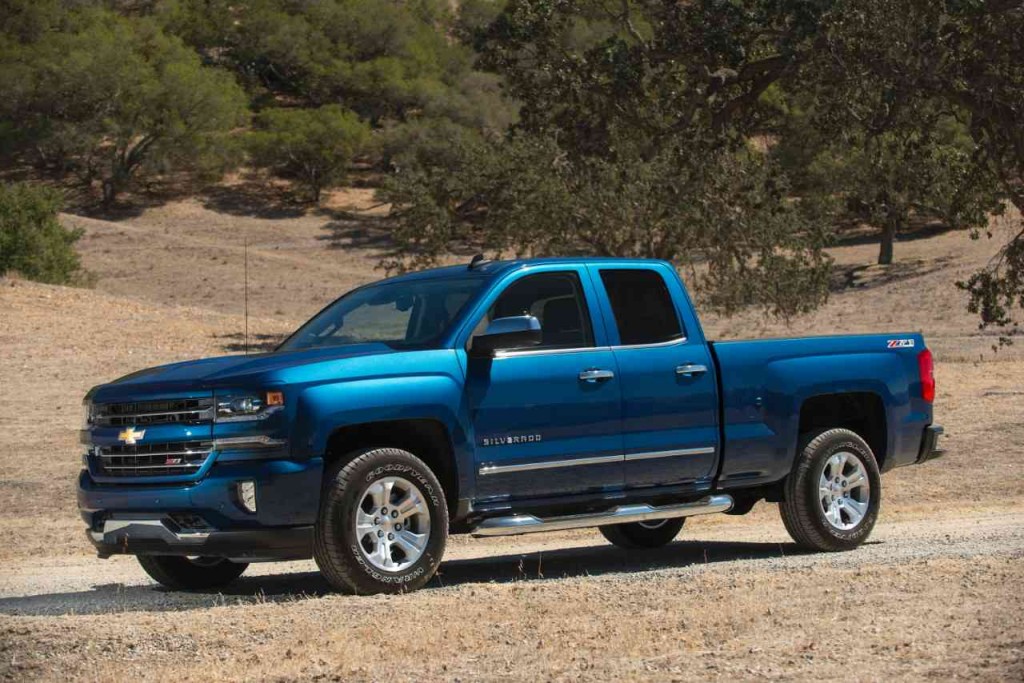 When the 2014 Chevy Silverado debuted alongside the 2014 GMC Sierra, it was completely redesigned from hood to hitch  and was based on the then-new K2XX architecture. A notable configuration change includes the replacement of extended cabs with double cabs.

Other changes included a roll-formed bed rather than a bed comprised of stamped steel, which reduced weight and improved the overall performance of the truck as well as fuel efficiency. The third-generation all saw the introduction of the Silverado High Country model, which provided the pickup with luxury-oriented appointments. 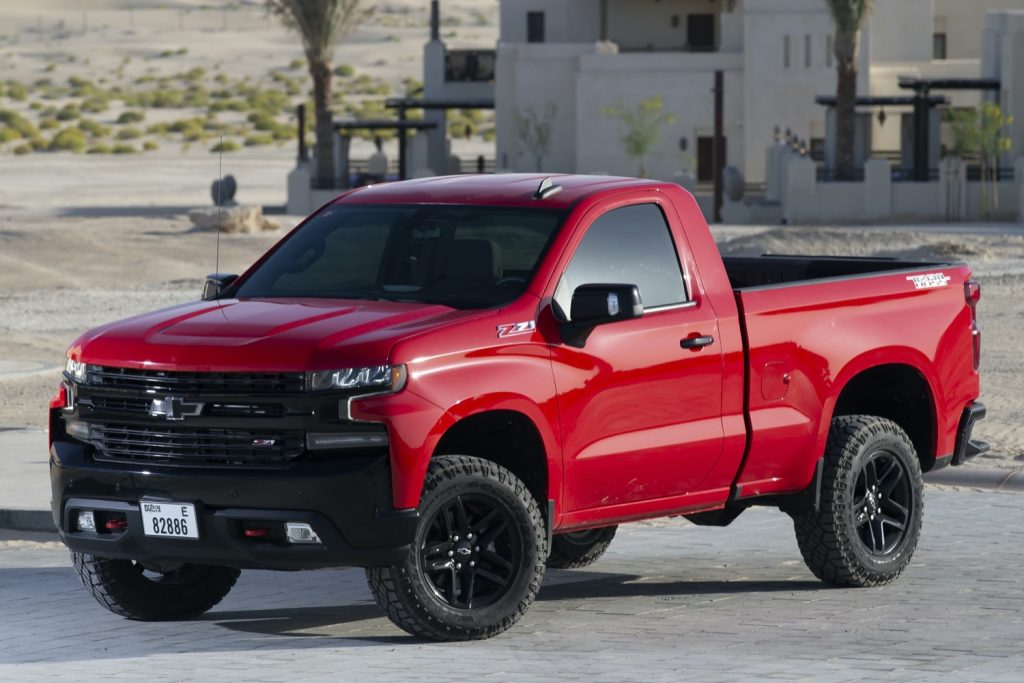 The fourth- and current-generation Silverado 1500 entered the market for the 2019 model year, and is the most capable light-duty Silverado model ever produced. It is up to 450 pounds lighter than the third-gen model, which is the result of mixed materials and advanced manufacturing processes. The T1 frame itself is 88 pounds lighter than the K2’s, while also offering a 10 percent increase in torsional rigidity.

The fourth-gen Silverado 1500 is also the first light-duty Silvy to offer a diesel engine option. With the 3.0-liter LM2 inline-six turbo diesel Duramax engine under its hood, the Silverado 1500 has a towing capacity of well over 9,000 pounds and an EPA-estimated 33 mpg highway and 23 city in rear-wheel-drive models.

Notably, the third-gen K2 Silverado 1500 remained in production alongside the fourth-gen, and was sold exclusively. asa Double Cab configuration under the ‘Silverado Limited’ moniker. The move was similar to the first-gen Silverado, which was sold alongside the C/K series pickup truck in crew cab form for several years before it was officially discontinued.

Discuss the Chevrolet Silverado 1500 in our Chevrolet forum.