It’s worth noting that the Silverado moniker was first used to designate a trim level for Suburbans, Tahoes, and C- and K-Series pickup trucks.

The Chevy Silverado nameplate made its debut on the GMT800 platform, replacing the C and K-Series trucks that rode upon the GMT400 platform. Although the Silverado is the Sierra’s corporate twin, it’s worth highlighting the fact that the Sierra nameplate existed one generation prior to the Silverado, meaning the first-gen Silverado matches up with the second-gen Sierra.

The first-gen Silverado was offered in quite a few different variants, starting with the Silverado 1500 light-duty model. It’s worth clarifying that a light-duty 2500 model was also available from 1999 through 2004. The well-known heavy-duty (HD) variants entered the market for 2000 model year, though the naming structure was a bit different back then, as a 1500HD model was available. The main differences between the 2500 and 1500HD were the availability of respective body configurations.

It’s worth highlighting the fact that the first-generation model received a facelift for the 2003 model year. 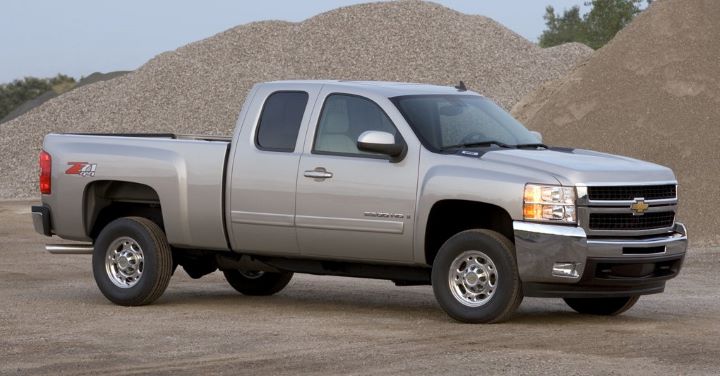 The second-generation Chevrolet Silverado arrived for the 2007 model year, utilizing the GMT900 platform and offering more modern safety features over the GMT800 trucks, such as electronic stability control (ESC).

It’s worth noting that second-gen Silverados welcomed the Gen IV lineup of small block V8s, along with a beefier 6.2-liter engine option. Other updates included the 6L80 6-speed automatic transmission, which was standard for all V8-powered 1500 models along with FlexFuel technology. The combination enabled the eight-cylinder Silverado 1500s to offer better fuel economy than the previous-generation, and this feat was furthered by the second-gen’s improved aerodynamic efficiency, which was a major focus for GM’s engineers.

Notably, a six-speed manual transmission was available, but only for the Mexican market. 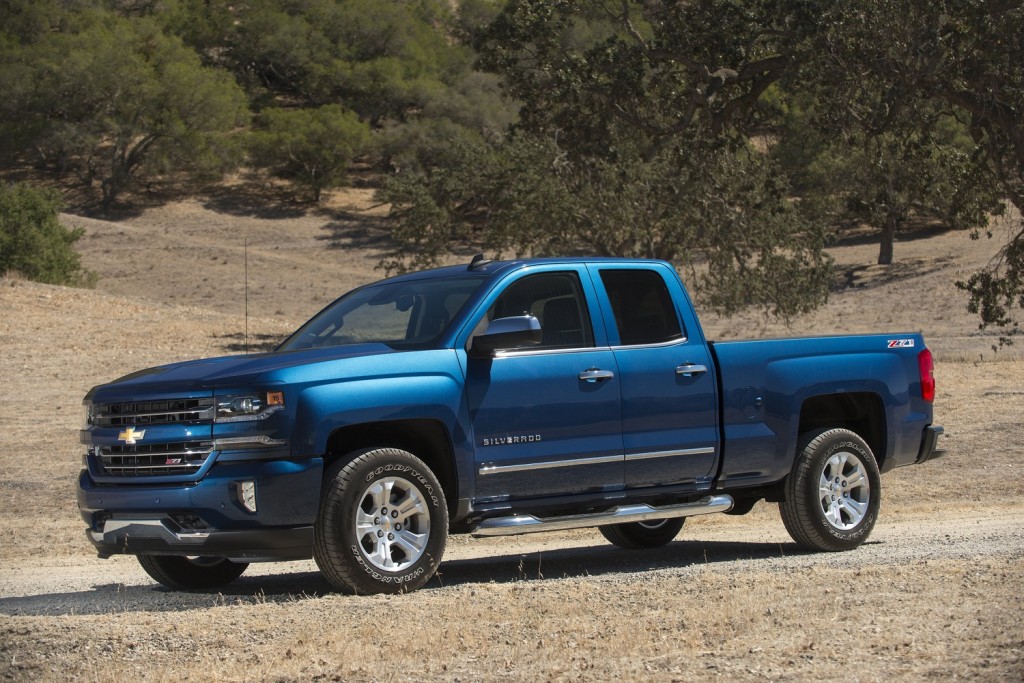 When the 2014 Chevy Silverado debuted alongside the 2014 GMC Sierra, it was completely redesigned from hood to hitch  and was based on the then-new K2XX architecture. A notable configuration change includes the replacement of extended cabs with double cabs, as well as the introduction of High Country models.

On the heavy-duty side, the Bow Tie brand was lauded for gracing big rigs with gentle refinement. And while the driving experience may have become more plush and precise, the Silverado HD’s towing capabilities also improved, allowing buyers to pull up 19,600 pounds. 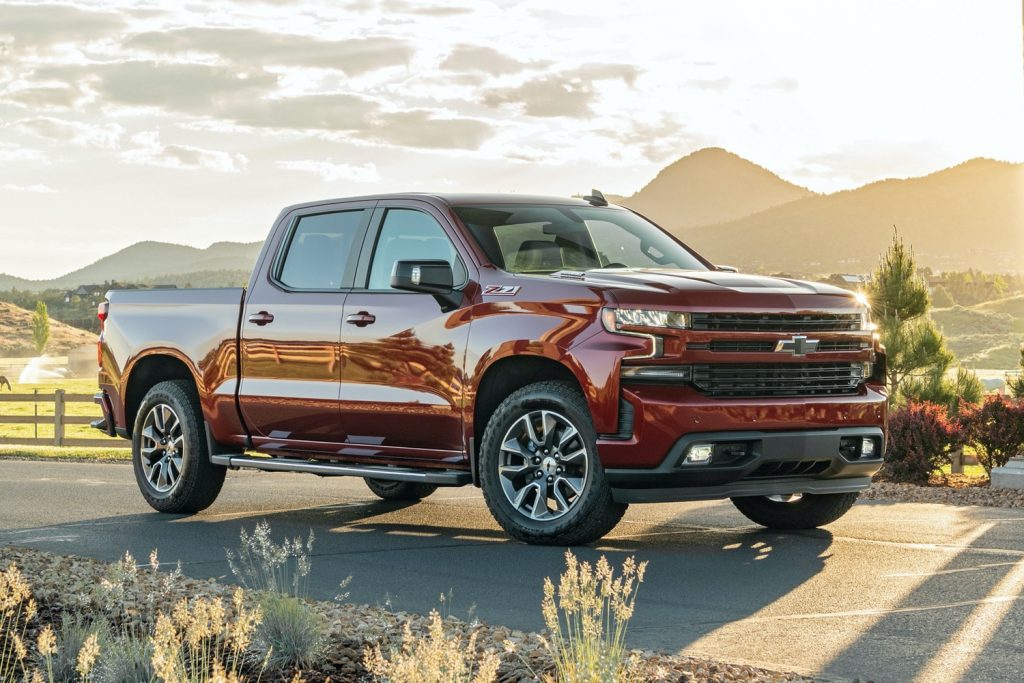 The 2019 model year was a busy time for the Silverado nameplate. At the time, the 1500 light-duty model underwent a complete overhaul – introducing the fourth-generation of the pickup truck on the T1 platform – while the 2500HD and 3500HD mostly carry over from the previous model year with few changes. The Silverado line also expanded to include three all-new Chevrolet Conventional Medium Duty trucks for the Class 4, Class 5 and Class 6 segments – the 2019 Silverado 4500HD, 2019 Silverado 5500HD and 2019 Silverado 6500HD, respectively.

The current-generation Silverado 1500 features widespread use of mixed materials and higher-grade alloy steel in the bed, resulting in a “significant weight reduction” and improved performance (improved overall performance and higher fuel economy). The approach is similar to that of the now-discontinued Cadillac CT6, which featured an advanced mixed material frame. Amongst the many new features and hardware was the 3.0-liter LM2 inline-six turbo diesel Duramax engine, which became the first diesel engine for the Silverado 1500 nameplate, offering a towing capacity of well over 9,000 pounds and an EPA-estimated 33 mpg highway and 23 city in rear-wheel-drive models.

Notably, the third-gen K2 Silverado 1500 remained in production alongside the fourth-gen, and was sold exclusively as a Double Cab configuration under the ‘Silverado Limited’ moniker. The Silverado 1500 Limited would then return for the 2022 model year as a stop-gap measure until production of the refreshed Silverado light-duty model can begin later in the 2022 or perhaps for the 2023 model year.

When the 2020 Silverado HD entered the market, it offered a max towing capacity of 35,500 pounds, which was an enormous 52 percent improvement over the third-gen Silverado HD model. The renewed powertrain featured an updated Duramax diesel engine option and an all-new Allison 10-speed automatic. The fourth-gen Silvy HD is also substantially larger than its third-gen counter part. 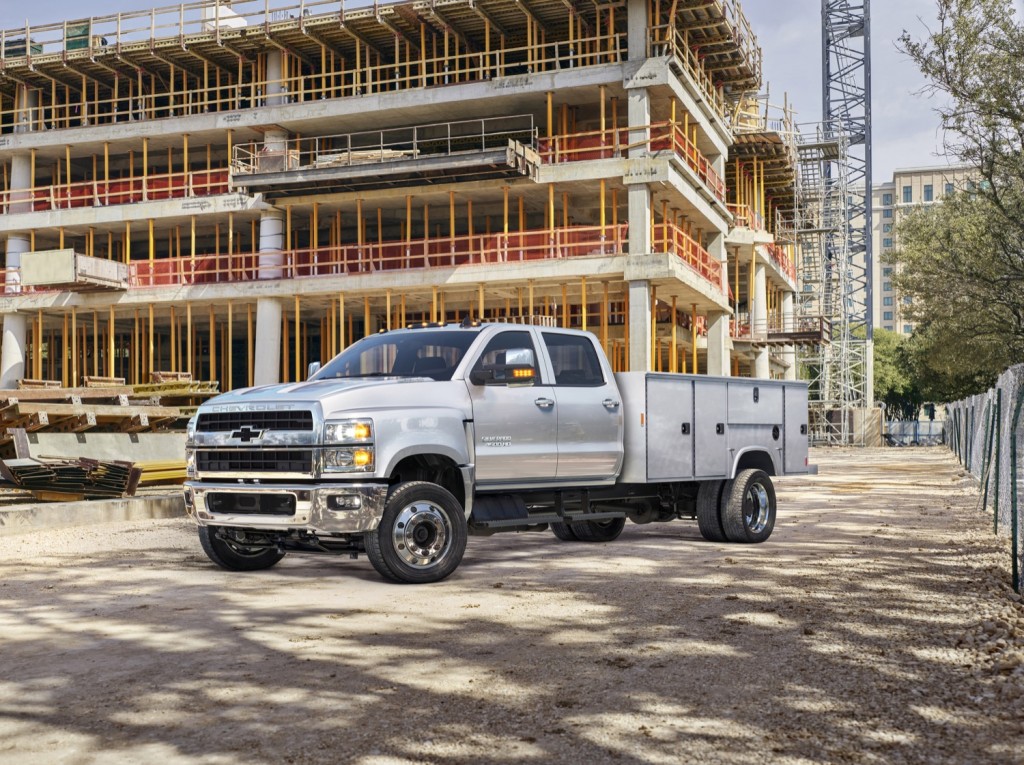 At the time of its release, Chevy stated that the Silverado Medium Duty is “powerful, highly maneuverable, and among the easiest trucks on the market to upfit with specialized bodies, such as dump bodies, rollbacks, freight boxes and more.”

It’s worth noting that conventional Medium Duty trucks serve as platforms for a wide variety of mostly commercial applications, such as traditional pickup trucks, emergency services, towing, dump truck, flatbed truck and cargo box truck. Some medium duty trucks are also used as a platform for school and commercial buses, and some of the strongest interest has come from the housing and highway construction, landscaping and utility industries.

On the outside, the Silverado MD offers a DuraBed, the most functional bed of any pickup with best-in-class cargo volume in every bed length, plus a segment-leading 12 fixed tie-downs.

The frame is designed with one-piece straight rails with no rivets or brackets on top to interfere with the mounting of custom-made bodies. There are no obstacles to work around helping to save time and money during the upfit process. Additionally, the truck is designed to be easy to service, with a clamshell hood and a wheel cut of up to 50 degrees that can give technicians better engine access than trucks with conventional hoods.

Discuss the Chevrolet Silverado in our Chevrolet forum.