In a departure from the conventional, front-engine layout, the current, eighth-generation Chevrolet Corvette switches to a mid-engine design. The change pushes the performance envelope of the Corvette even further, ensuring Chevy’s leading position in the high-performance sports car market space.

We believe that switching to a rear-mid engine layout is necessary given the sixth-generation Camaro has become a very competent sports car that in many ways steps on the toes of the seventh-generation Corvette from a performance standpoint. 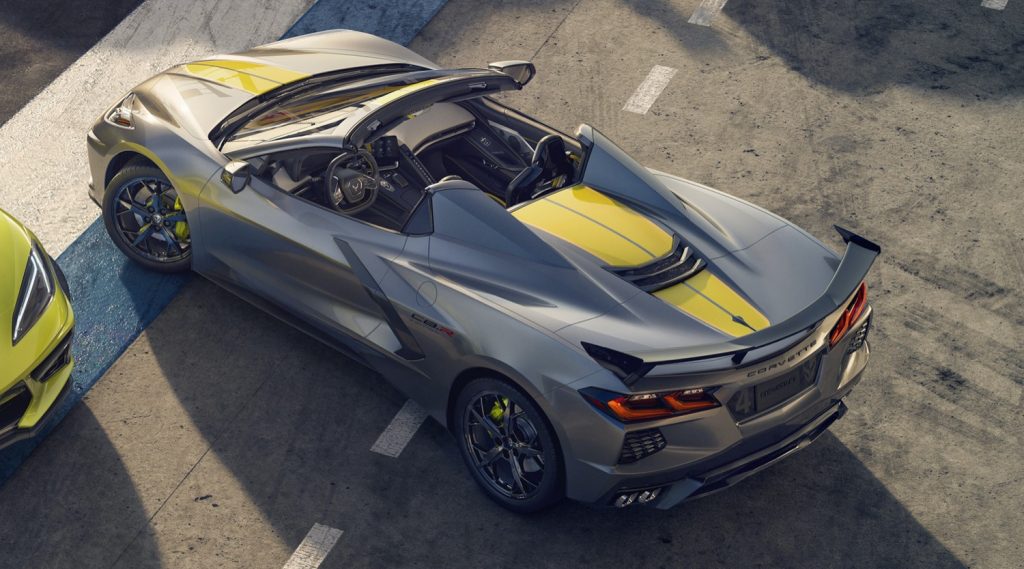 The mid-engine Corvette is available as a two-door coupe or hard-top convertible with seating for two. Adopting a rear mid-engine powertrain layout has resulted in significant changes in styling compared to the first seven generations of the Corvette, all of which featured a front-engine, rear-drive layout featuring a long hood and a short rear deck.

By comparison, the mid-engine Corvette has shorter hood and a longer rear deck, along the lines of the Ford GT, Audi R8, as well as various Lamborghini and Ferrari models.

For its debut model year, the mid-engine Chevrolet Corvette offered a single engine and transmission configuration in its rear mid-engine layout: the naturally-aspirated 6.2-liter V8 LT2 engine – which produces 495 horsepower and 470 pound-feet of torque (with the optional Z51 performance package; 490 and 465 without the package) – and an eight-speed dual-clutch automatic transmission driving the rear wheels. The transmission was co-developed with Tremec, a world-class supplier of automotive transaxles.

A December 2017 leak previously led us to believe that the mid-engine Corvette would likely be offered with the following three engines:

However, we’ve since learned that the 5.5L V8 – which will most likely be dubbed the LT6 – will be a naturally aspirated, flat-plane crank V8 for Z06 models. We are now anticipating further performance variants to include a hybrid model as well as hybrid model that is coupled with a twin-turbocharged V8 engine.

The mid-engined Corvette rides on a new architecture called the GM Y2 platform. The architecture is unique to the Corvette C8, though it could also be shared with a Cadillac super car in the future. 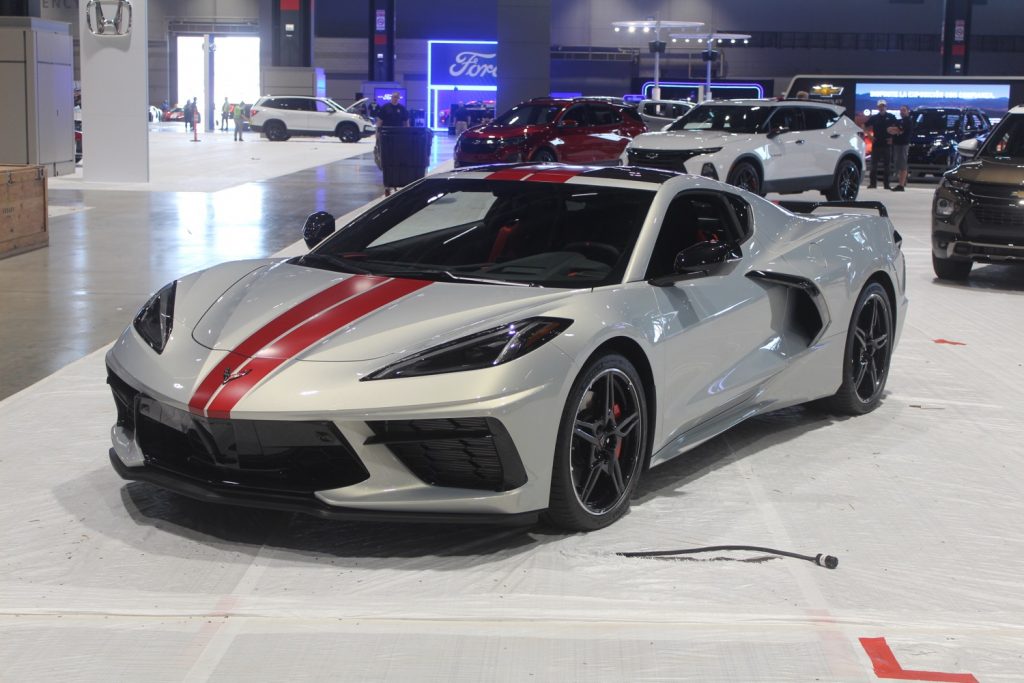 The starting price of the mid-engine Corvette was just under $60,000 when it entered the market for the 2020 model year.

The mid-engine Corvette has been assembled by GM USA at the GM Bowling Green factory in Kentucky since it entered the market.

We expect the mid-engine Chevrolet Corvette to eventually reach all current markets where the Corvette is has previously been sold, including the United States, Canada, Mexico, Europe, Russia, and the Middle East. 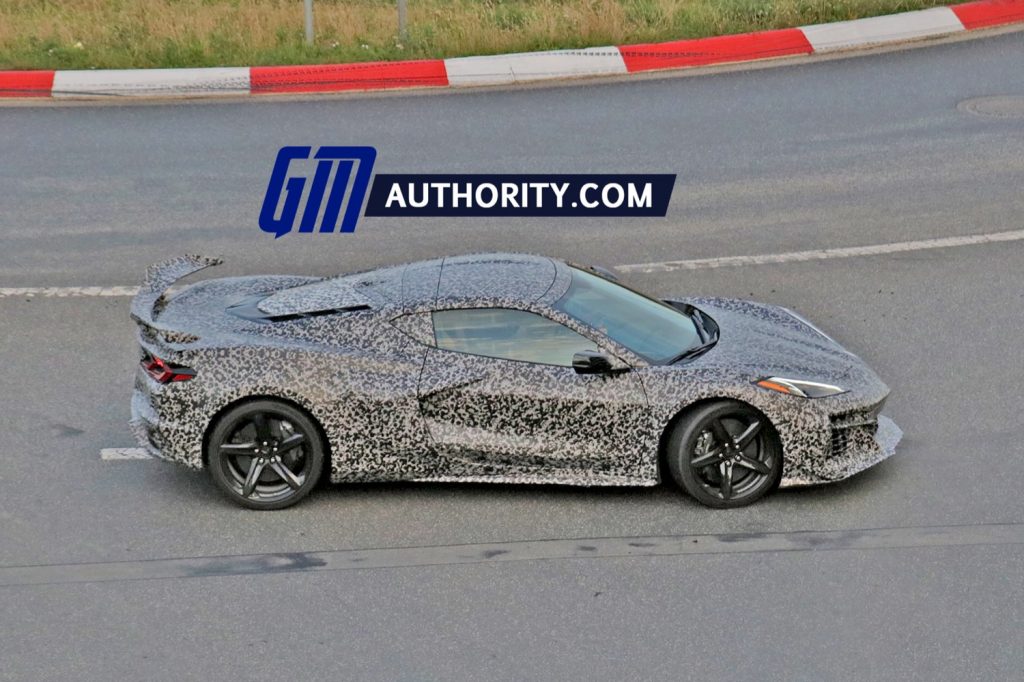 As such, the mid-engine Chevrolet Corvette primarily battles against the following competitors:

Discuss the mid-engine Chevy Corvette in our Chevrolet forum.