On the outside, the Suburban Premium Outdoors Concept is differentiated by a custom Pepperdust exterior color with Warm Tarnished accents, as well as additional concept styling parts and Chevrolet Accessories 22-inch wheels with body-color accents. 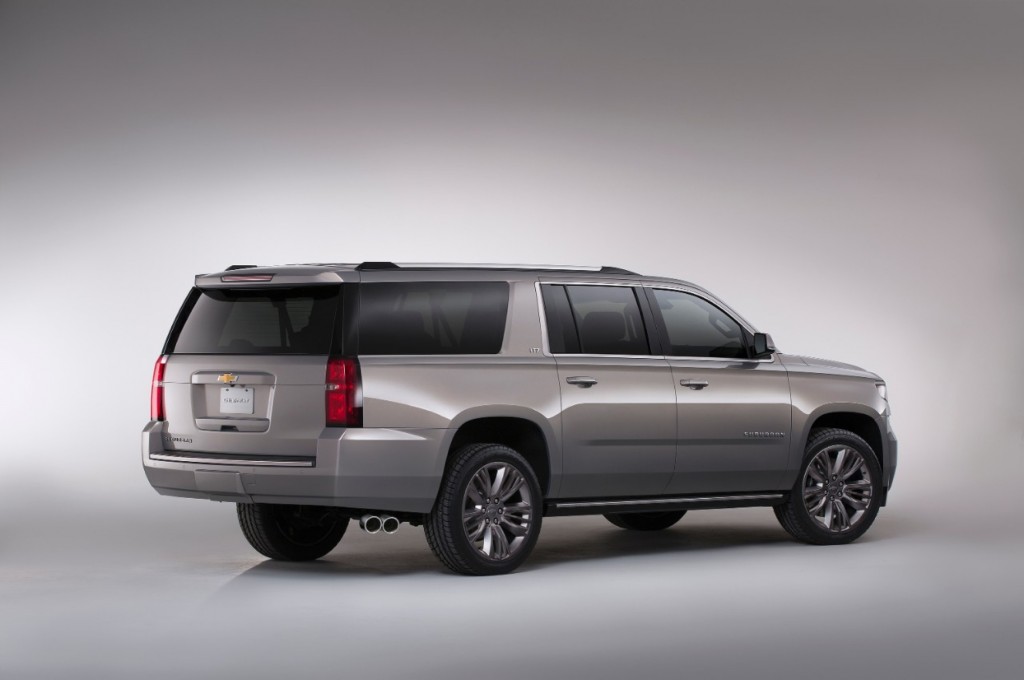 But the biggest draw of the concept Suburban is the custom tailgating package that features a handcrafted table and benches made of recycled wood salvaged from purposefully deconstructed Detroit homes. The table and benches were designed and built by Workshop, a furniture company whose products are made almost entirely of salvaged wood and materials. It includes material from three deconstructed homes – and each section is stamped with the donor home’s address.

“Using salvaged materials like this is more than simply recycling and keeping valuable materials out of a landfill – it’s about preserving something tangible from Detroit’s history,” said James Willer of Workshop. “That house may no longer exist, but a piece of its legacy lives on.” 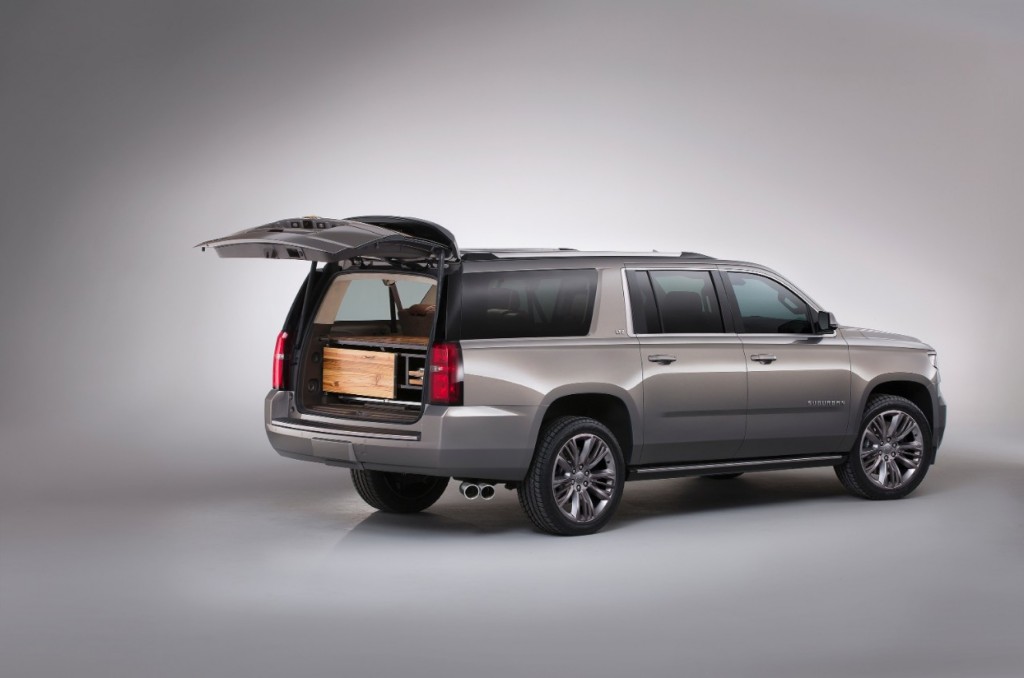 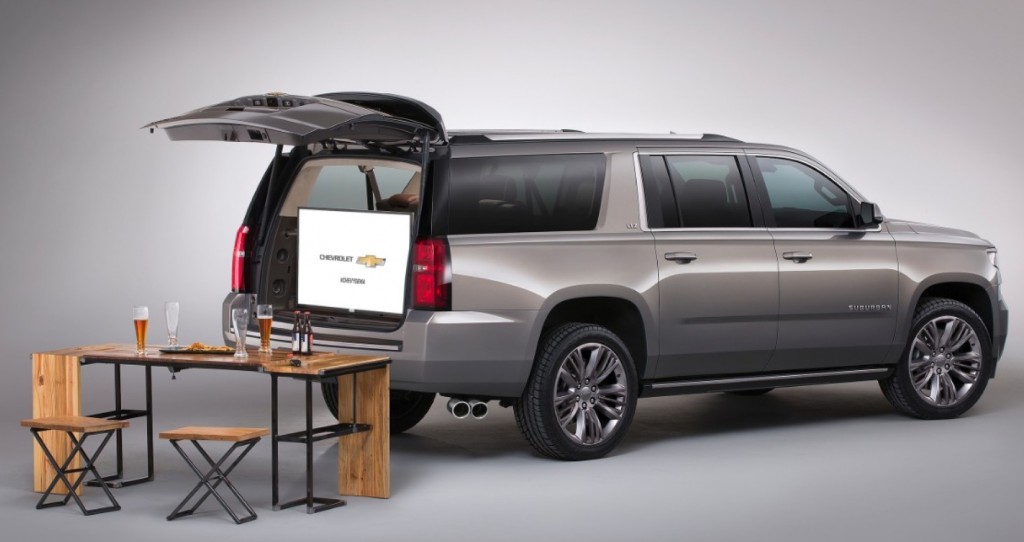 In addition to the salvaged-wood table and benches, the concept tailgating package also includes a big-screen, smart HDTV mounted in the cargo area.

Workshop started a year ago as a pop-up shop during the holiday season and is now in a permanent location in Detroit’s Fischer building – in the heart of the city’s resurgent Midtown district. Drawing parallels to the start-up, Suburban is also a piece of Detroit’s history. It is the industry’s original SUV and celebrated its 80th anniversary with the 2015 model year. In fact, it is the longest-running, continually produced nameplate in the automotive industry and the redesigned 2015 model represents its 12th generation. 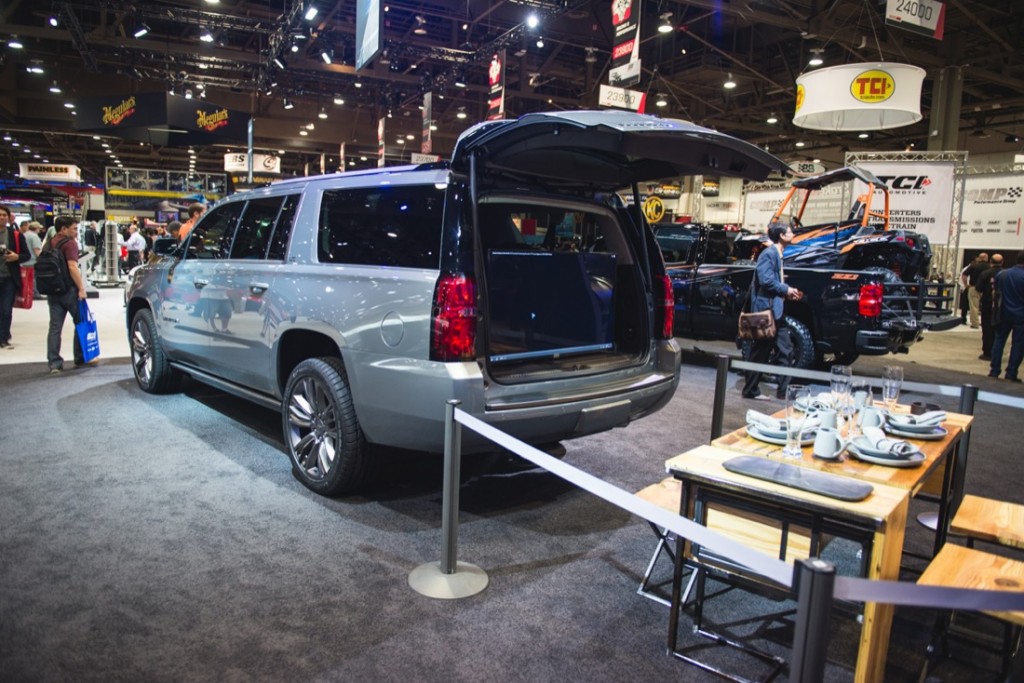 Inside, the Suburban Premium Outdoors concept features leather-trimmed, Saddle and Cocoa-colored cabin that gives the interior a unique ambience. It is complemented with Mustard piping, Warm Tarnished trim accents and a suede-trimmed headliner.