“Chevrolet has been at the forefront of each of the major automotive industry trends by anticipating consumer demand and delivering innovative products like Bolt EV, Colorado and Trax,” said Alan Batey, president of GM North America and head of Global Chevrolet. “The introduction of the all-new Blazer builds on that momentum and further strengthens the most comprehensive lineup of crossovers and SUVs on the market today.”

Chevy says that the 2019 Blazer is “the boldest, most progressive expression of the Chevrolet crossover design theme”.

The crossover features a wide stance, tight proportions, a high beltline and dramatic sculpting, resulting in a toned, athletic appearance from all angles.

“The Blazer has attitude,” said John Cafaro, executive director, Global Chevrolet Design. “It looks commanding on the road, while fulfilling the promise of versatility at the heart of every Chevy crossover and SUV.”

Each 2019 Blazer model offers a unique look with distinct styling to suit different customers’ tastes. The various Blazer models are differentiated by unique grille appearances, additional bright chrome on the Premier trim and a more sinister-looking, blacked-out appearance for the Blazer RS.

The cabin of the all-new 2019 Blazer echoes the exterior’s bold and sporty theme with sporty good looks and functionality. The interior emphasizes space, craftsmanship and customer personalization. A wide range of interior styling choices for different models is achieved through several color and trim offerings. Sporty details include a padded knee area, round air vents and grab handles on the doors.

The new Blazer also offers a Chevrolet’s-first Cargo Management System, which is standard on RS and Premier models. It features a rail system and cargo fence to help secure smaller items by dividing the cargo area.

Two rows of seating are standard. It’s unclear whether the 2019 Blazer will offer a third row.

Both direct-injected engines feature intelligent stop/start technology that seamlessly shuts off the engine when power is not needed, based on a variety of driving factors.

Traction Select is standard on all models. It allows the driver to make real-time adjustments to the vehicle’s driving mode to account for varying road conditions. On all-wheel-drive models, Traction Select also allows the system to be completely disconnected from the rear axle, meaning drivers can opt to have their vehicle operate in FWD when AWD traction is not necessary.

We expect the 2019 Blazer to be available in the following trim levels:

The 2019 Blazer will arrive at U.S. dealerships in early 2019. Additional details and pricing will be announced closer to the start of production.

Availability for markets outside the United States has not yet been announced.

The 2019 Blazer is a midsize crossover utility vehicle that slots between the compact Equinox and full-size Traverse in Chevrolet’s crossover lineup.

According to Chevrolet, the all-new Blazer is “a contemporary midsize SUV ” that “is rooted in attention-grabbing design with seamlessly integrated customer-focused technologies and superb functionality.”

The 2019 Blazer was revealed at an invite-only press event attended by GM Authority on June 21st, 2018 in Atlanta, Georgia, United States.

Production of the 2019 Blazer will begin in late 2018 at GM Ramos Arizpe plant in the state of Coahuila, Mexico.

Initially, it was believed that the resurrected Blazer will be produced at one of the following two GM plants in the USA:

We believe that a GM China plant will produce the new Blazer for the Chinese market.

We expect the 2019 Blazer to compete in the mainstream midsize crossover space with the following vehicles:

It is believed that the Chevrolet FNR-X concept (pictured below) was a harbinger of the exterior 2019 Blazer’s exterior design. 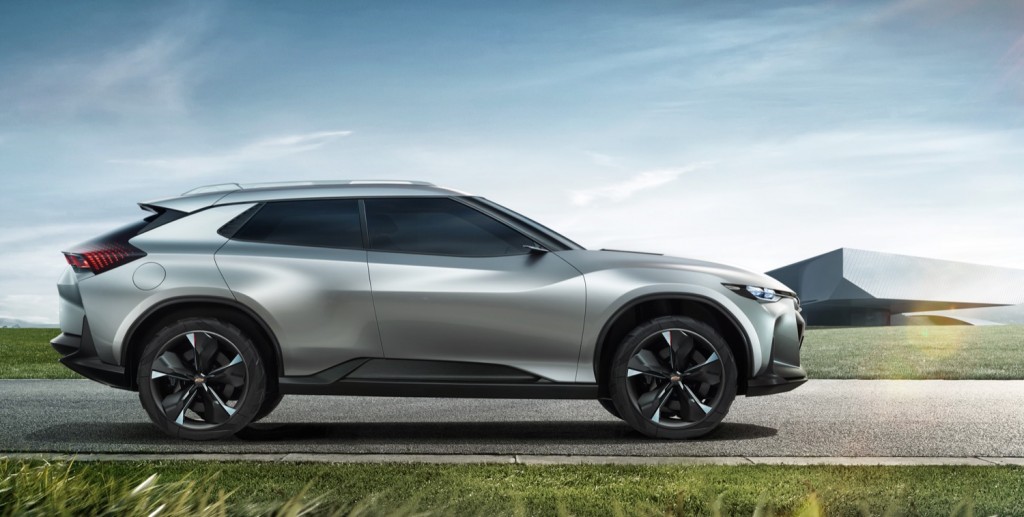 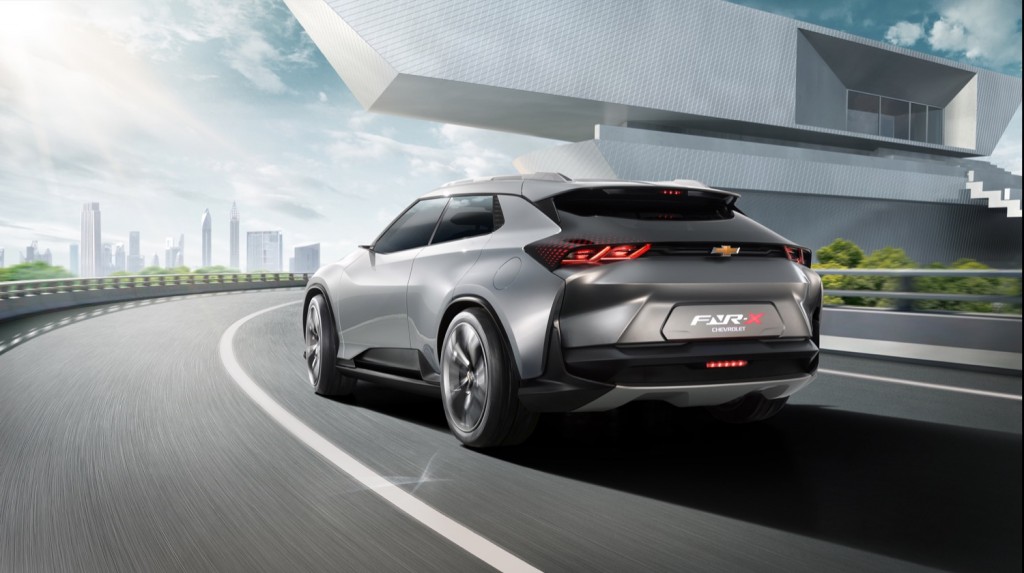 Prior to the official reveal of the 2019 Blazer, our expectations of the new Chevy Blazer were as follows:

These expectations were based on the following information:

Two years prior to the official announcement of the 2019 Blazer, GM Authority produced the following Blazer renderings. 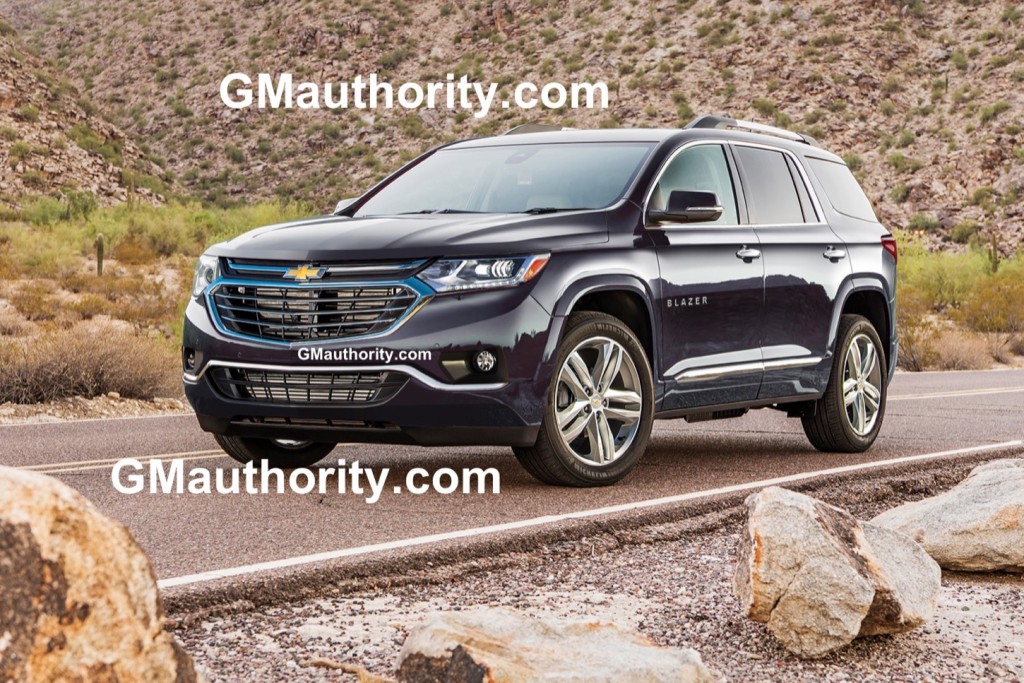 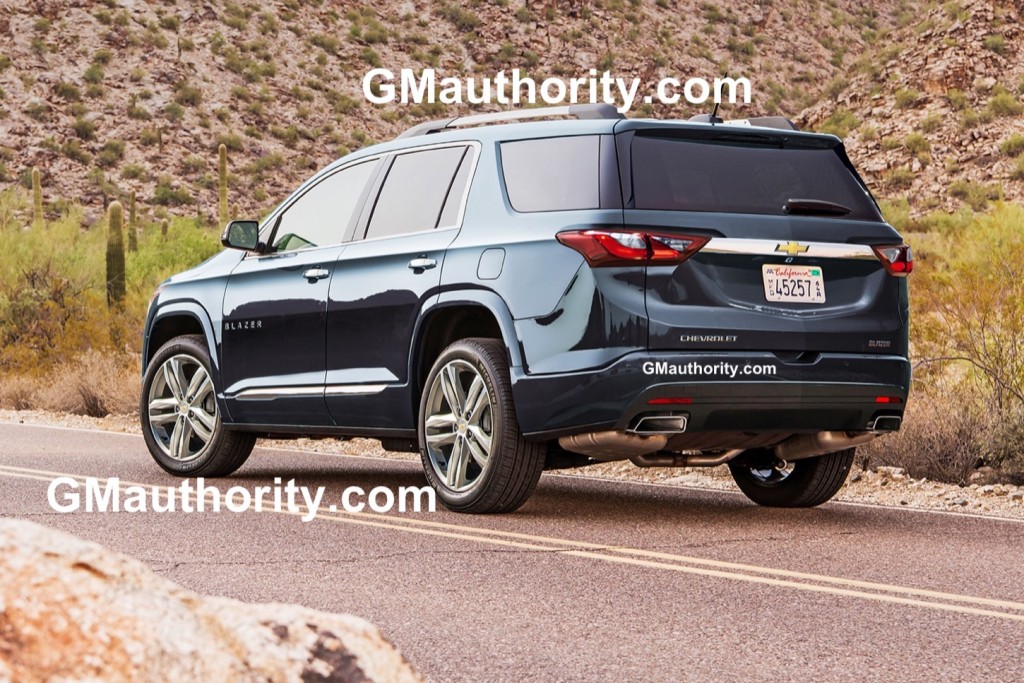 The reintroduction of the 2019 Blazer is the first time that the Blazer name will be used in over a decade, as GM discontinued the predecessor to this model in 2005.

Discuss the 2019 Blazer in our Chevrolet forum.