The Cadillac CT6-V is a sports-oriented variant of the full-size, luxury sedan model from General Motors’ Cadillac division. It currently spans a single generation, launched for the 2019 model year and discontinued after the 2020 model year. 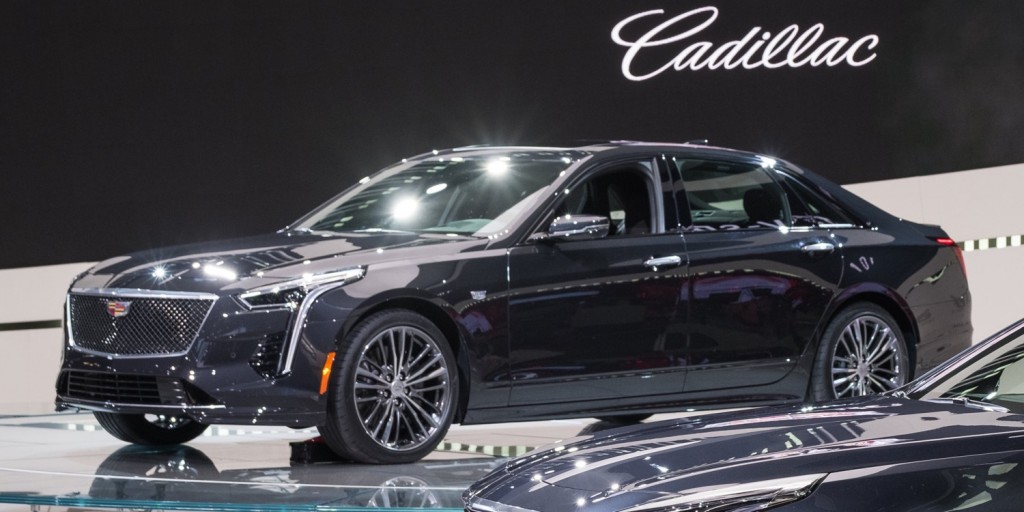 After launching the CT6 full-size prestige-sport-luxury sedan for the 2016 model year, Cadillac went on to reveal a high-performance variant dubbed the CT6-V. In accordance with the automaker’s Y-trim strategy, the CT6-V was to serve as the range-topping CT6 model, slotting above both the entry-level CT6 and sportier CT6 V-Sport models. However, the CT6 V-Sport moniker was scrapped, leaving the CT6 and CT6-V models, with the CT6-V offering more handling prowess, and more overall performance than the non-V CT6.

“Beginning with the debut of the CTS-V Sedan in 2004, the V-Series sub-brand sparked new life into Cadillac,” GM President of Global Product Group and Cadillac Mark Reuss said in a statement. “As a result of the overwhelming response the CT6 V-Sport received when revealed in early 2018, we’ve decided to formally make it a V-Series, signaling the expansion of V-Series.”

The General wanted the Cadillac CT6-V to be a strong competitor in the marketplace, sizing up to strong resistance from German counterparts, such as the AMG variants of Mercedes-Benz S-Class models, including the S63 AMG and S65 AMG. In addition, the BMW M8 Competition Grand Coupe also served as direct competition to the CT6-V.

As such, the CT6-V (or CT6 V-Sport as it was initially named) featured the brand’s first-ever twin-turbo V-8 engine: the 4.2-liter LTA, which produced 550 horsepower and 640 pound-feet of torque, up from the 500 horsepower and 574 pounds of twist offered in the non-V CT6.

Following GM’s decision to produce its new line of large electric vehicles at the Detroit-Hamtramck Plant, the automaker confirmed the discontinuation of the Cadillac CT6 in a memo sent to plant employees in December of 2019. While production was initially scheduled to end in January 2020 a report from our sister publication, Cadillac Society, indicated that CT6 production had been extended to mid-February, essentially giving the luxury four-door an extra two weeks on the line. The Chevrolet Impala, Chevy Volt, and Buick LaCrosse, were all discontinued as well.

With CT6 production over, the site is began its transition into GM’s Factory ZERO plant, and will be the launchpad for GM’s multi-brand EV strategy. Notably, the name ‘Factory ZERO’ is a reflection of the advancement towards GM’s zero-crashes, zero-emissions and zero-congestion future. Initial products will be the Cadillac Lyriq, Cruise Origin, and GMC Hummer EV.

Discuss the Cadillac CT6-V in our Cadillac forum.