The Cadillac CT5-V is a sports-oriented variant of the compact luxury CT5 sedan from General Motors’ Cadillac division. It currently spans a single generation, launched for the 2020 model year. 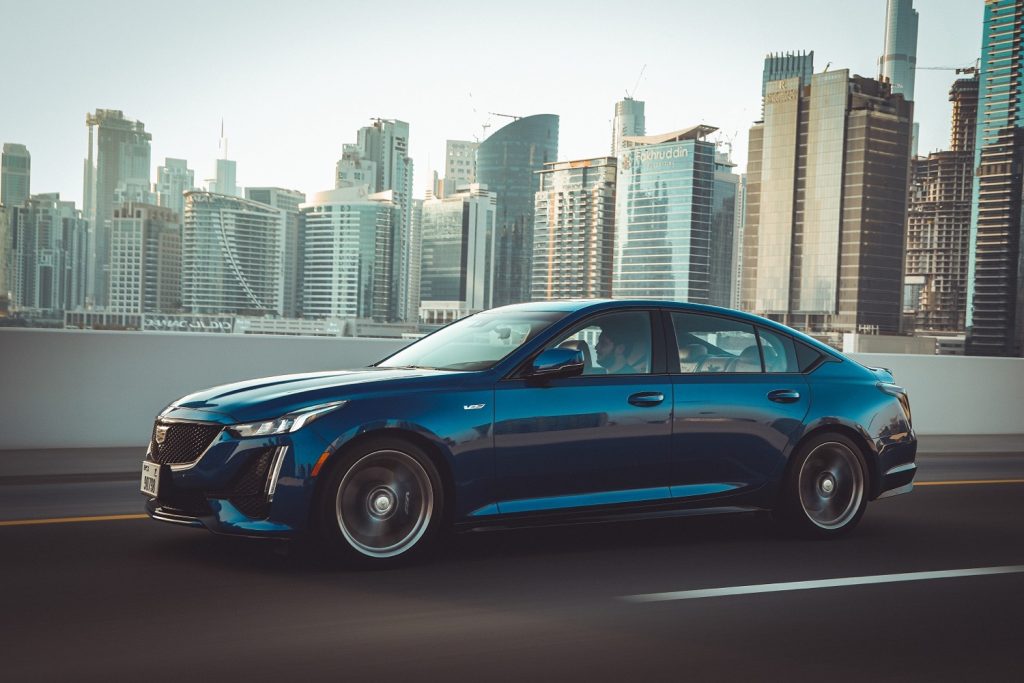 The first-generation Cadillac CT5 serves as a direct replacement for the Cadillac ATS Sedan (for global markets except for China) and for the ATS-L Sedan (in China). It also indirectly replaces the Cadillac CTS. Following the expectations established by the original V-Series lineup introduced in 2004, with the introduction of the CT5 came the more athletic CT5-V.

Cadillac launched the CT5 in late 2019 as a 2020 model year vehicle, with the CT5-V arriving the first quarter of 2020. As part of its Y-trim strategy, Cadillac is slotting the CT5-V between the entry-level CT5 and upcoming CT5-V Blackwing models as a “performance-lite” variant of sorts, similar to the departed V-Sport range.

“The new V-Series sedan lineup defines modern sophistication by combining luxury appointments with thoughtful technology and athletic refinement for the discerning enthusiast,” said Brandon Vivian, Cadillac executive chief engineer. “We are inviting even more customers into the V-Series family by adding a new level of elevated performance between our Sport models and the ultimate, high-performance track capability that the V-Series has grown to represent.”

As such, the CT5-V builds on the precision-focused details of the new-generation luxury sedan, offering elevated road performance and an engaging driving experience.

In accordance with the aforementioned Y-trim strategy, the CT5-V is not a director successor to the ATS-V nor the third-generation CTS-V, and is closer to a CTS V-Sport in terms of performance. That said, the following performance features are standard on the CT5-V:

The Cadillac CT5-V went on sale as a 2020 model in the first quarter of the 2020 calendar year in the US and Canada. As GMAuthority was the first to report, the performance-inspired CT5-V model will not be sold in China, but may enter Mexic and Russia in the future, and has since entered the Middle Eastern market.

See Cadillac CT5 sales numbers for all markets, including the United States, Canada, and South Korea.

Discuss the Cadillac CT5-V in our Cadillac forum.