The Cadillac CT5 is a compact luxury vehicle that currently spans a single generation, which launched for the 2020 model year. 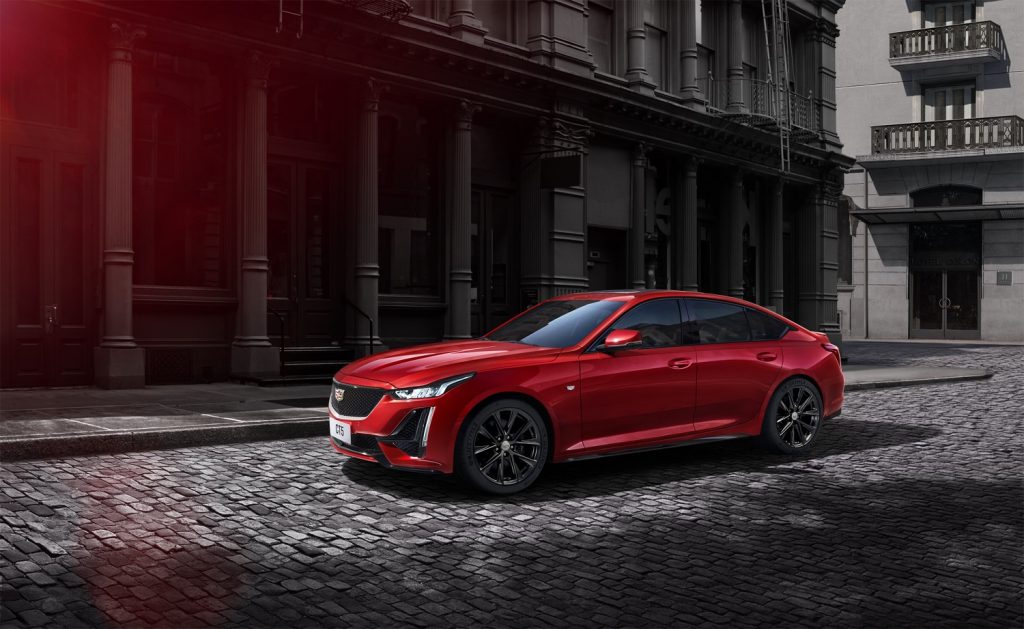 The CT5 name is the result of Cadillac’s new naming scheme, wherein the brand labels cars like sedans, coupes, and wagons with the CT moniker, followed by a number designating its “sequence” in the lineup. Similarly, Cadillac crossovers and SUVS will be named XT followed by a number identifying its sequence in the vehicle hierarchy.

The vehicle rides on the Alpha 2 platform, an updated version of the first-generation Alpha platform that underpinned the Cadillac ATS and CTS, as well as the sixth-generation Chevrolet Camaro. Only one body style – a four-door sedan – is available. Despite the first-gen CT5 having a fastback-like profile, the vehicle is a traditional sedan with a regular trunklid.

While the CT5 is only available with gasoline engines state side, a diesel engine is expected for select foreign markets.

Notably, a high-performance Blackwing model was introduced for the 2022 model year, with the full moniker being: CT5-V Blackwing. It’s equipped with the supercharged 6.2-liter LT4 V8, and offers a standard 6-speed manual transmission in addition to an available 10-speed automatic. The CT5-V Blackwing is expected to hit dealer lots the summer of 2021.

See information about the second-generation, future Cadillac CT5, which will succeed the first-generation model.

Discuss the 2020 Cadillac CT5 in our Cadillac forum.