Following is speculative and unconfirmed information about the 2017 Buick Verano GS. This page is a continuous work-in-progress and will be updated on a regular basis as we await official details from General Motors and Buick.

On October 28th, 2015, Buick officially released the following images and confirmed that the Verano hatchback and Verano GS will go on sale across China by the end of 2015. The brand states that the models will have “a sporty interior design and advanced infotainment system that will project a dynamic image for trendsetters.” 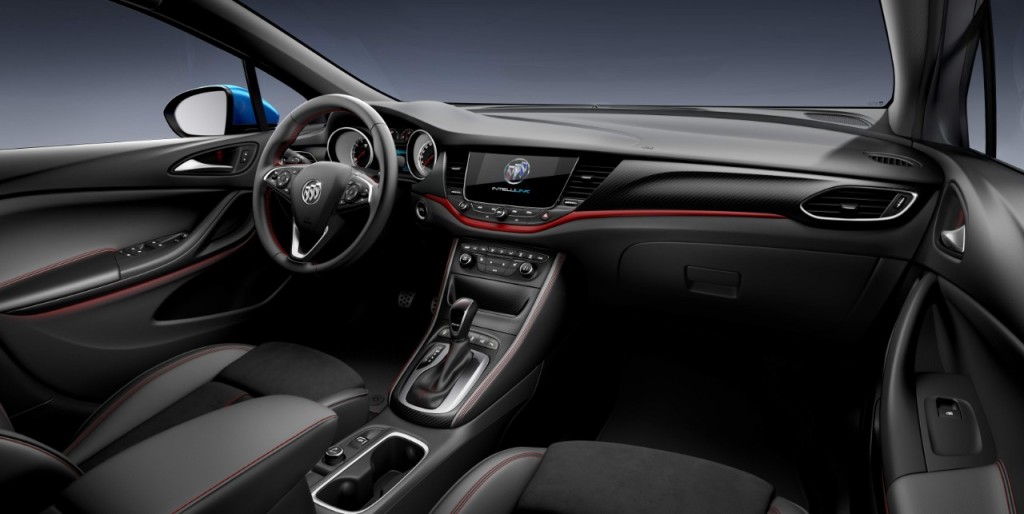 “The Verano Hatchback and Verano GS feature Buick’s signature 360-degree wraparound interior layout. They have a driver-oriented center console with horizontally flowing lines that visually stretch their space, which is enhanced by a long wheelbase of 2,662 mm and an efficient design.”

“The Verano GS has a stylish basic black interior that accentuates its dynamism. It is complemented by red accents, such as a strip across the center console, exquisite red stitching and Flame Red ambient lighting. Boosting its sportiness are a multi-function steering wheel with a paddle shifter, Alcantara sports car-like seats, and carbon fiber-pattern trim on the center console and seats.” 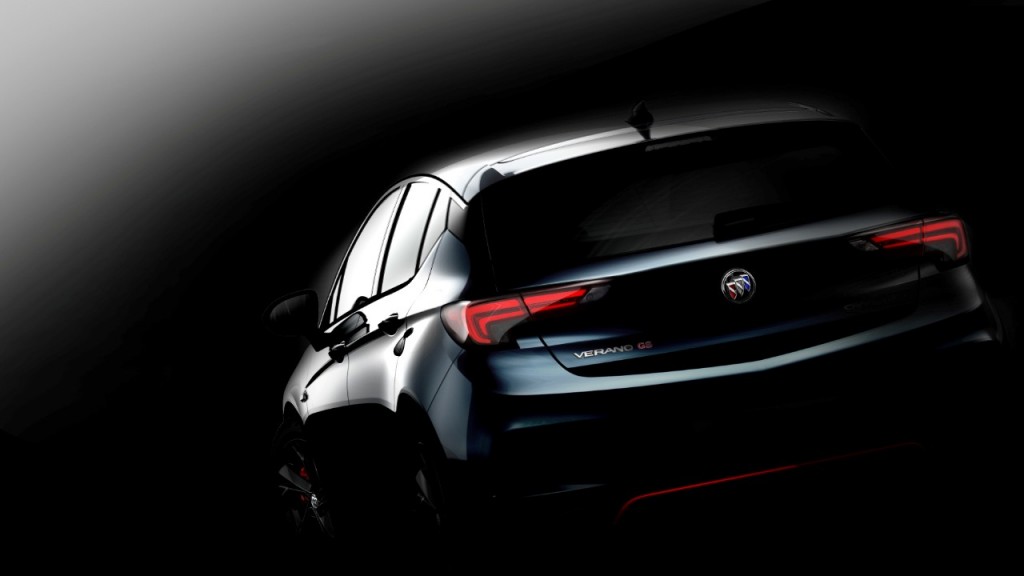 Both models will be equipped with the Apple CarPlay smartphone integration system that allows users to seamlessly connect their iPhones through the Buick IntelliLink infotainment system. From there, all iPhone features and built-in apps – including Siri, phone, maps, music, messages and podcasts – are accessible via the high-resolution 8-inch-diagonal IntelliLink display in the center console.

Buick also confirmed that the Verano GS will come with a 4.2-inch high-resolution driver information center “for an exhilarating driving experience”. The brand states that such a feature is “seldom found in its segment”.

The brand did not provide any other details, including powertrain information, what body styles the Verano GS will be available, or what it will cost.

Here’s what we expect from the 2017 Buick Verano GS:

The Buick Verano GS will launch in China before the end of 2015. Though Buick has yet to announce plans to make the vehicle available in North America, we strongly believe that it will be offered sometime in the 2018-2019 model year timeframe.

Following are official photos provided by Buick of the 2017 Verano GS. We will update this section as we receive more pictures.