From its stance, to the paint, to the wings, to the engine, this is one wild Chevy Camaro rendering. Now, it looks like it may actually get built in real life.

The concept was originally created by Dom Höst, a U.S.-based 3D designer, chassis fabricator, and rat rod builder who goes by the handle Altered Intent (@altered_intent). The Chevy Camaro rendering was created for Cody Kleen, a custom car builder at Charlies Custom Creations, and it looks absolutely nuts. 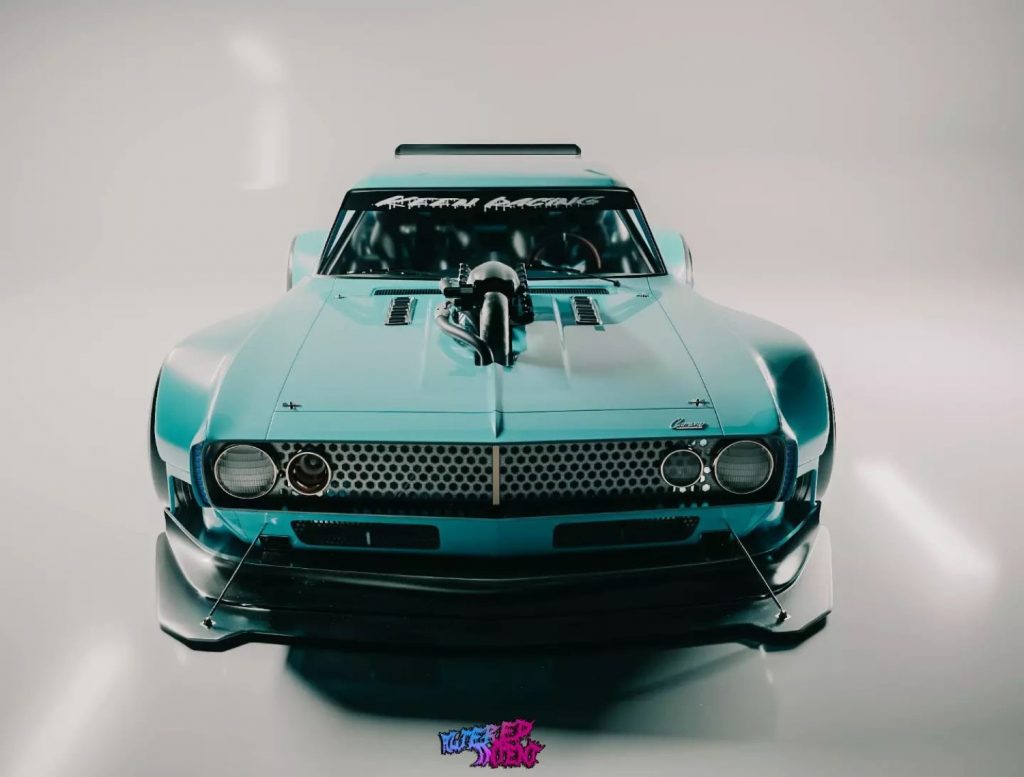 In a recent post to social media, Höst announced that Kleen was working with several big names to “make this insane concept come to life,” including Bowler Performance Transmissions, Wegner Automotive, and Design Engineering, Inc. All this sounds quite promising.

The concept looks to build out the classic Chevy Camaro lines into an ultra-aggressive show machine peppered with racecar themes. The front end is punctuated by an extended front splitter that juts out from the lower bumper by what looks like more than foot, leading back to massively flared wheel arches housing large multi-spoke wheels.

Of course, we can’t forget the plus-sized supercharger sticking up out of the hood, which fits the over-the-top theme quite well. We’d hope for at least four-figures in terms of output. 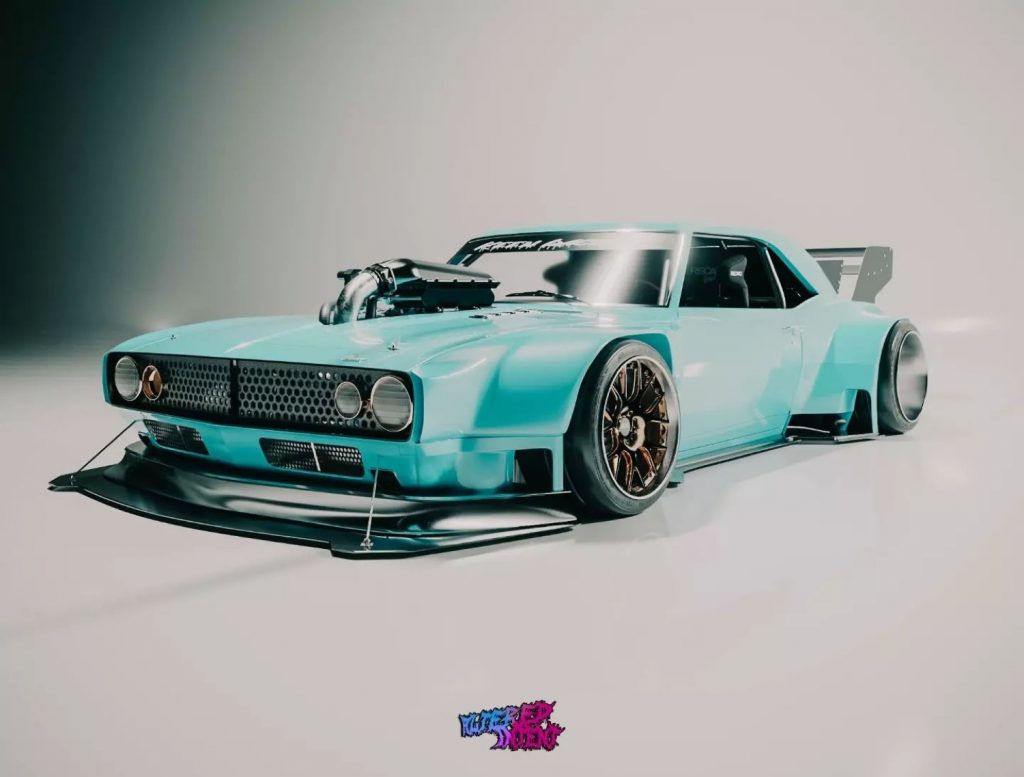 Running our eyes down the side of the vehicle, we spot a set of flat side skirts, which suggest that this thing has a flat underbody tray as well. The tail of the vehicle terminates in a massive dual-plane wing, and while it’s hard to make out, the interior is equipped with what appears to be a set of Recaro racing buckets and a roll cage.

Finally, the whole shebang is painted in bright turquoise and slammed right onto the pavement. We also have to mention the ultra-deep-dish wheels in back and stretched rear rubber.

The build is vaguely reminiscent of the Japanese Bosozoku car tuning subculture, which is characterized by oversized aero bits, fenders, and exhaust treatments. Whether or not the designer did this intentionally is unknown.