Prospective buyers looking at a full-size, body-on-frame vehicle from Chevy have the choice of two two distinct body styles – pickup truck and SUV. But for those interested in a mid-sizer, the only body-on-frame option is the Chevy Colorado. Well, just for fun, GM Authority has remedied this issue and has rendered a Chevy Colorado SUV. 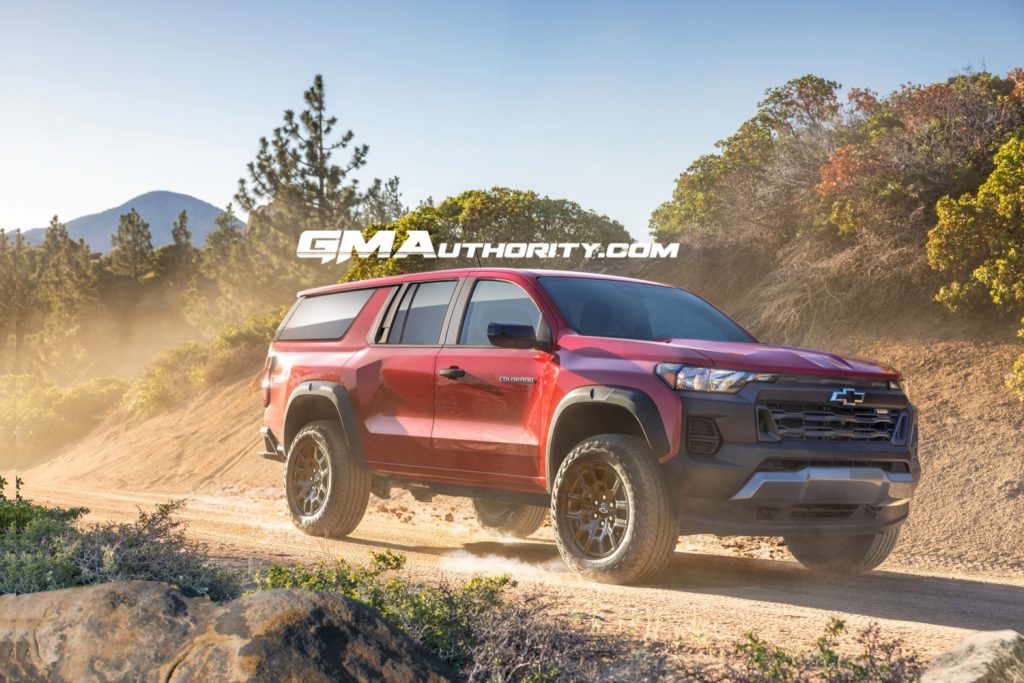 Basing this rendering on the Trail Boss trim level of the 2023 Chevy Colorado, from which a hypothetical Colorado SUV would logically be derived, we enclosed the Colorado’s box/bed. Doing so would likely result in a third-row seat configuration, as well as a decent amount of cargo space with all three rows upright. That larger cargo area would certainly grow even further when the third row is folded. 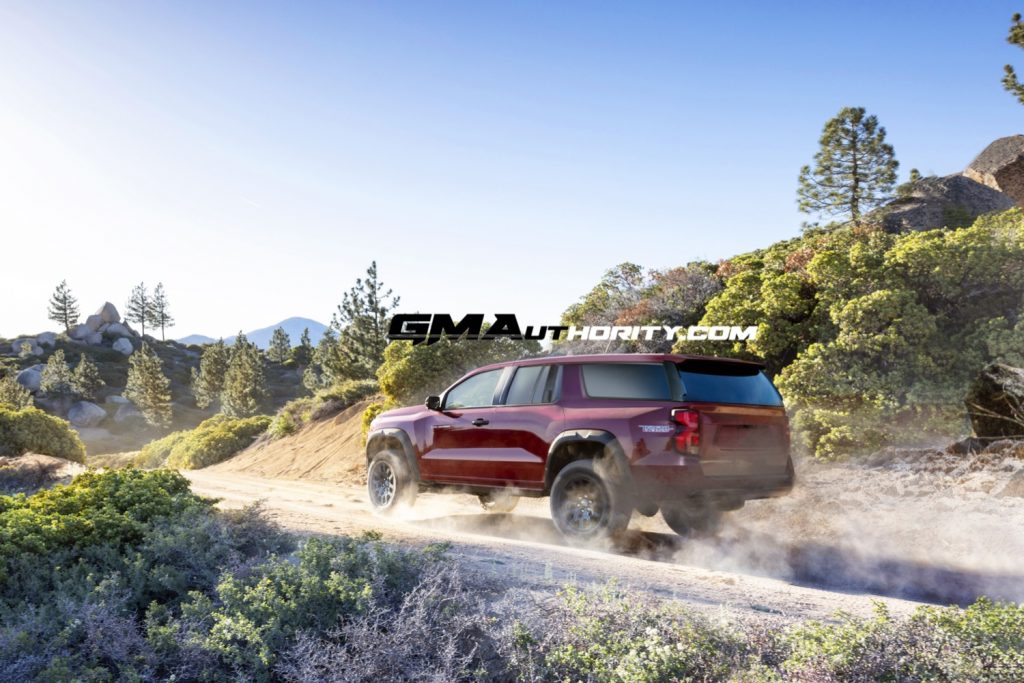 Following this train of thought, what about a body-on-frame Trailblazer model derived from the 2023 Colorado? Well, we covered a third party rendering of that hypothetical vehicle last year. Drawing up a TrailBlazer, as opposed to a Colorado SUV seen here, results in the Trailblazer rendering getting smaller rear-doors and associated windows, along with a shorter rear overhang. This would likely result in less interior room, sacrificing a third row, cargo space, or both.

As for motivation, our Colorado SUV would likely feature the same powertrain as the upcoming 2023 Colorado. This includes a single engine option offered in three states of tuning, with power ranging from 237 horsepower up to 310 horsepower. As for transmission choice, our renderings would utilize the updated GM eight-speed automatic transmission.

Alas, we know of no plans for GM to bring a Colorado SUV to market. The closest thing would have been a midsize off-road SUV from GMC that GM was planning on bringing to market based on the same GMT 31XX-2 architecture as the 2023 GMC Canyon. Alas, GM Authority sources tell us that the automaker scrapped plans for such a vehicle, instead electing to focus on electric and autonomous vehicles and technologies.