Following the official model announcement from SAIC-GM-Wuling (SGMW) and the leak of small utility patent images late last year, the upcoming KiWi EV mini crossover has just been captured during its validation tests in China. 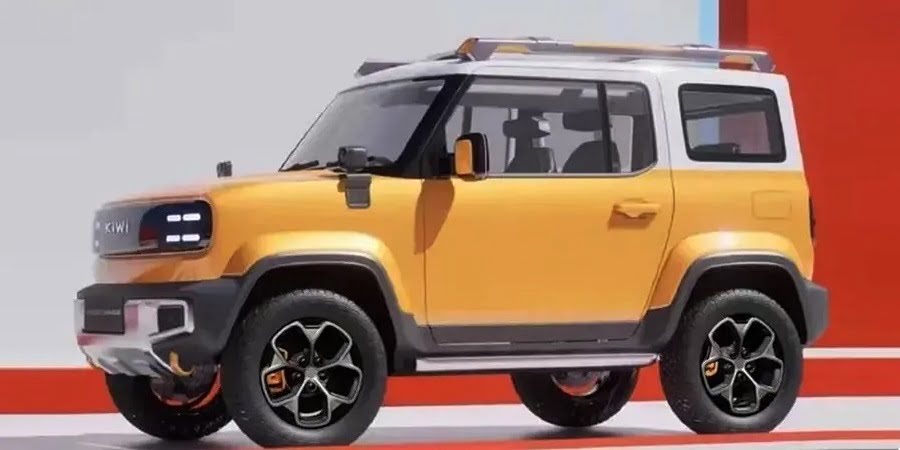 General Motors’ second joint venture in the Asian country is testing the upcoming KiWi EV mini off-road on public roads, a small all-electric utility vehicle that would turn Baojun‘s KiWi EV range into a new standalone zero-emission model family within SGMW. According to the latest announcements from the manufacturer, the upcoming mini crossover will be an exclusive model of the KiWi sub-brand, and will not use the Baojun logo. 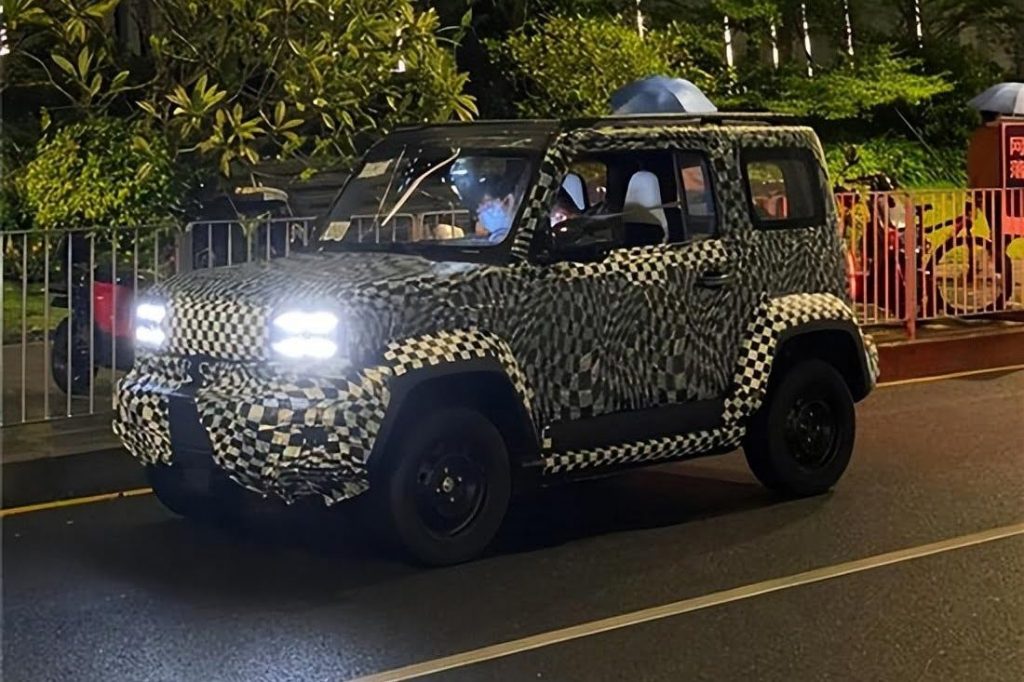 First described as a “City Fun Trendy Product,” the yet-unnamed KiWi EV mini crossover moved into its final phase of development under SGMW project code E260S. Chinese media captured the small off-roader driving down a Chinese street at night and say the GM joint venture has already started pre-production of the model at a plant in Liuzhou city. 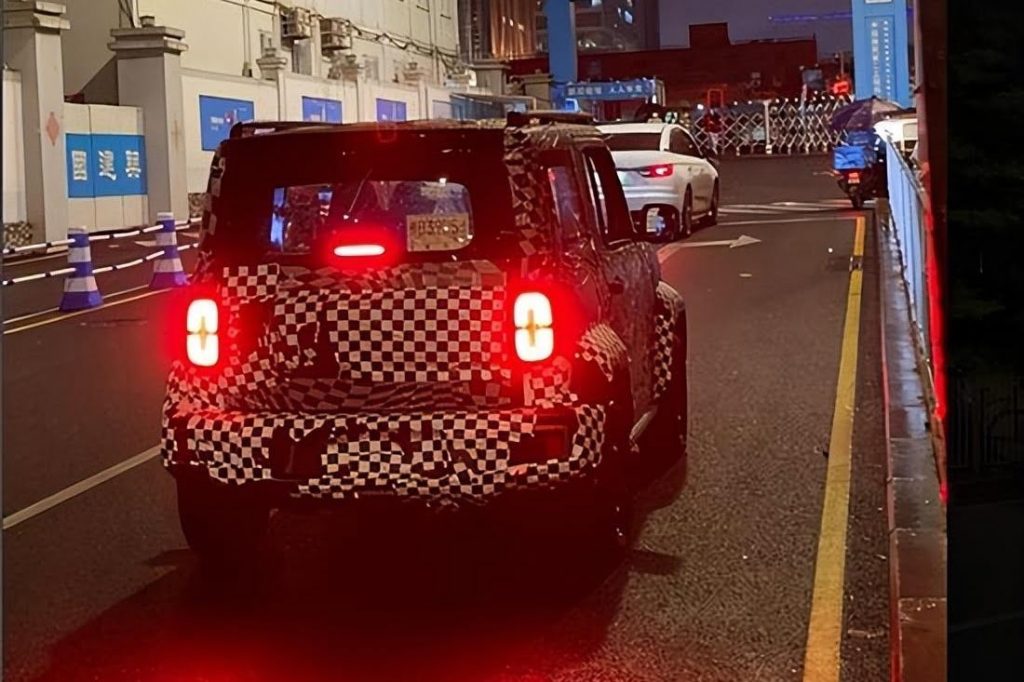 Unlike the first leaked images that showed the model with some show car elements, the spy photos present the upcoming KiWi EV mini crossover in final configuration as it will roll off the production lines. This is noticeable in several less exotic aspects such as the rearview mirrors, alloy wheels, bumpers and more conventional seats. 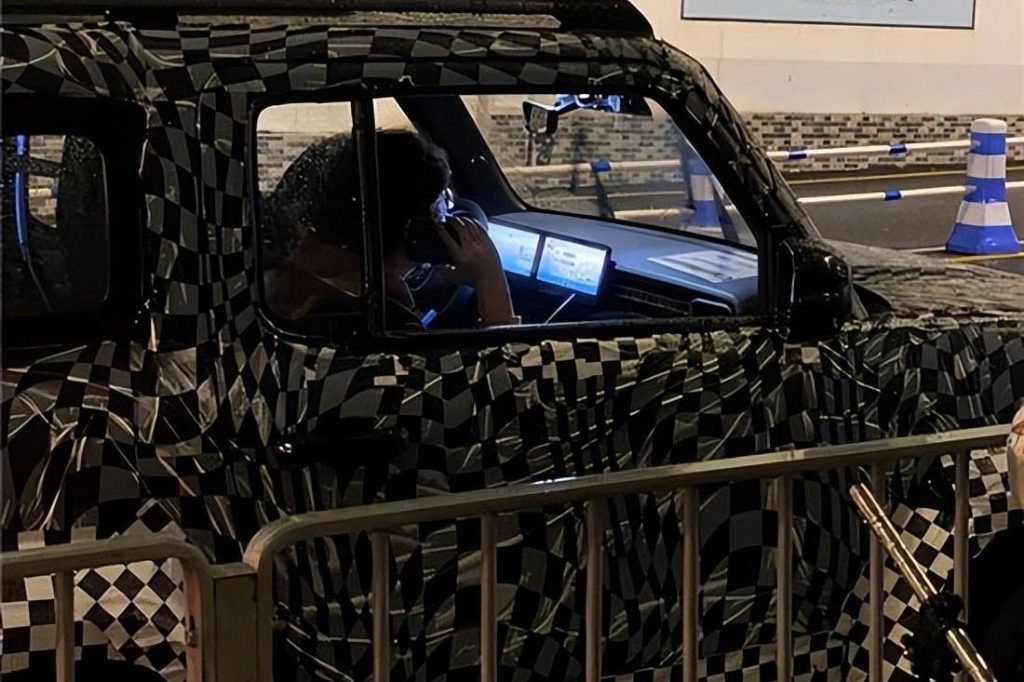 Even with the camouflage the captured prototype is wearing, it can be noted that the KiWi EV mini crossover retains the vast majority of the distinctive design elements of the leaked “show car,” such as the square shapes of the diminutive two-door body, with a mix of modern and retro styling elements for a striking appearance. It also maintains the front and rear signature lighting, as well as the dual-screen panel inside. 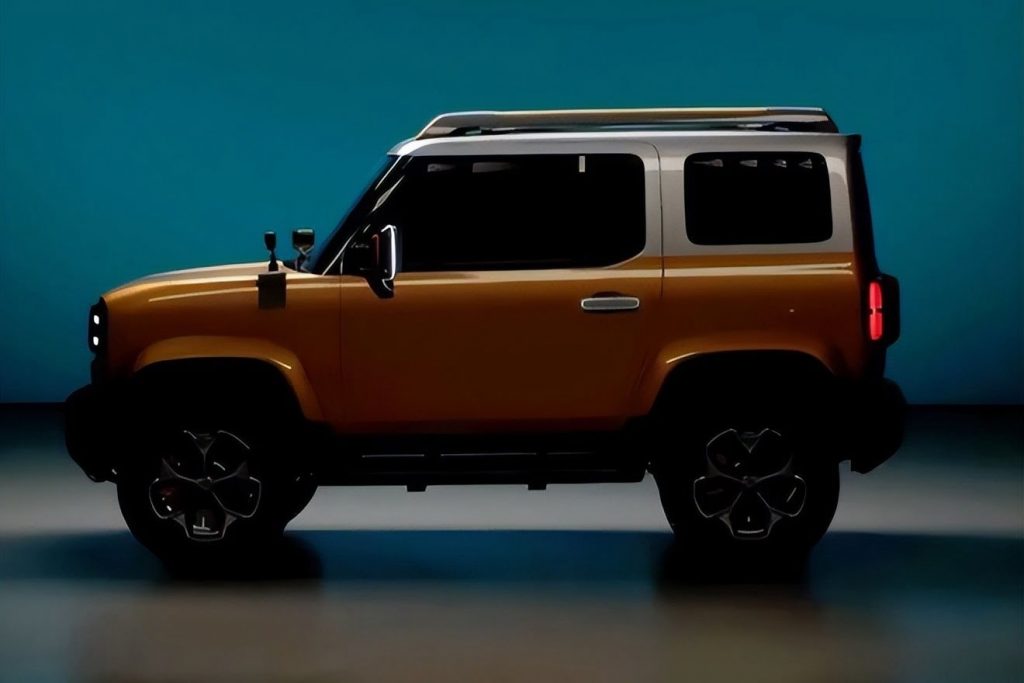 SAIC-GM-Wuling’s upcoming KiWi EV mini crossover is expected to make its official debut in China sometime in the first half of this year and will stand out as the automotive industry’s first all-electric “kei car” utility vehicle, both in the Asian country and throughout the world. As such, the new KiWi EV will usher in a new small zero-emissions vehicle category in the Chinese market – largely dominated by SGMW.