It’s easy to toss a crate of parts at car and call it a “restomod.” This C1 Chevy Corvette, however, is different, with each piece thoughtfully applied to create something beautiful, yet simple.

Once again coming to us from the folks at AutotopiaLA, this restomod C1 Corvette was built by Timeless Kustoms in Camarillo, California. The Vette hails from the 1962 model year, and was originally handed over to the shop in pieces after a front-end collision. 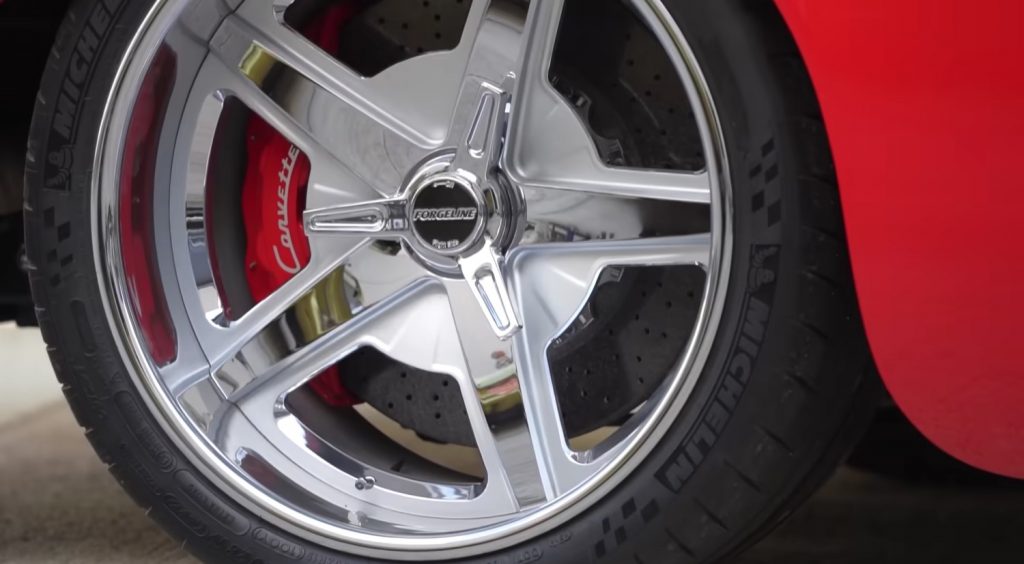 First things first, Timeless Kustoms installed an Art Morrison chassis under the body, with C6 Corvette suspension components up front and a Watt’s three-link setup in the rear to make sure the thing rode and handled as desired. This C1 Corvette is also running mammoth carbon ceramic brakes with manual operation.

Making the sports car move is the naturally aspirated 6.2L V8 LT1 gasoline engine, the same Chevy Small Block found under the hood of the more modern C7-generation Corvette Stingray and Grand Sport, not to mention the Chevy Camaro. Output is measured at 470 horsepower at the tires, with a Tremec six-speed manual, 9-inch Ford rear end, and Eaton Trutrac routing the muscle where it’s needed. Spent gasses exit via 2-and-a-half-inch Magnaflow pipes. 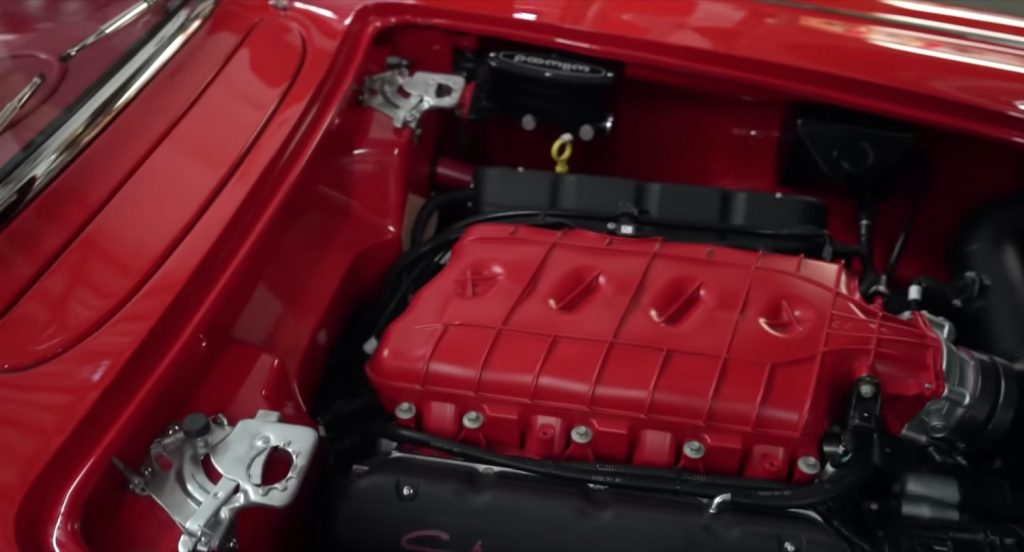 As for the styling, this restomod Corvette is rolling on a set of five-spoke Forgeline wheels with a chrome-plated finish, wrapped in Michelin Pilot Sport Cup 2 rubber. Wheel sizing is set at 19 inches by 9 inches in the front, while the rears are 19 inches by 12 inches. The body itself is more or less factory, although the shop did remove the side trim and left the panels a single color rather than paint them, lending the two-door a more streamlined appearance. The headlights are new, while the fascia was simplified a bit too. The body also sits low over the large wheels, enhancing that look even further. 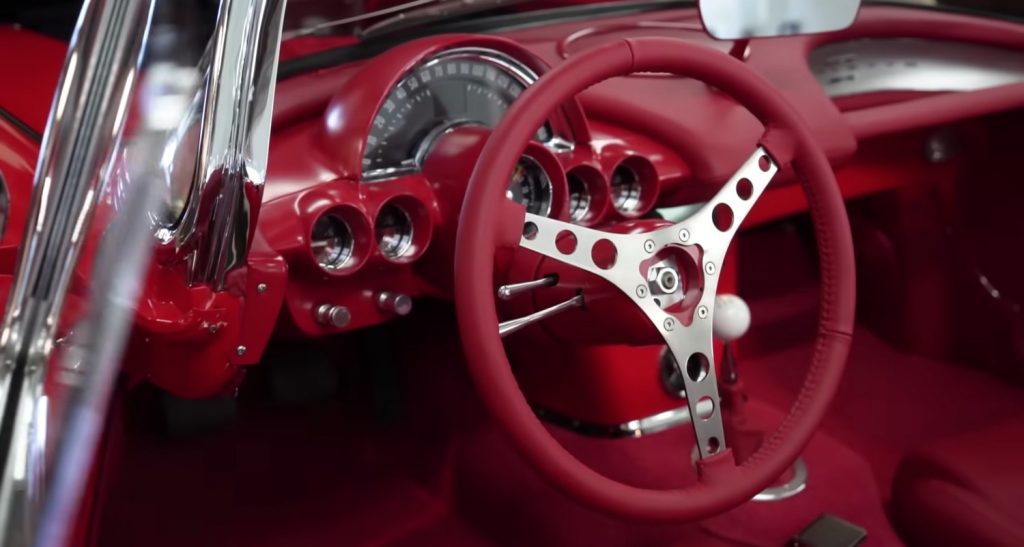 The interior keeps the simple theme going with red upholstery, as well as a pair of subwoofers hidden behind the seats. A modern infotainment screen is tucked into the center console, while the driver grips a 14-inch steering wheel. Dakota Digital gauges keep the look appropriately old school.

All in all, this C1 Corvette was made to look good and put a smile on your face. Check out the full feature right here: