If you dream about parking the next-generation Chevy Camaro ZL1 NASCAR racing machine in your garage, but you’re still working on that competition license, this new kit from LEGO might be just the thing to tide you over.

Offered as part of LEGO’s Technic series, the new next-gen Chevy Camaro ZL1 NASCAR kit features a variety of realistic details, as well as official branding from Chevrolet. It also looks awesome, and would fit nicely on the shelf of any NASCAR or Chevy Camaro fan.

The kit includes 672 pieces and is designed for builders 9-years-old and up, but older enthusiasts are sure to get a kick out of it as well. The finished model recreates the shape and design of the Chevy Camaro NASCAR racer from every angle, and the exterior also incorporates a red, white, and blue livery treatment with a large No. 75 on the doors, plus a few choice sponsor stickers added here and there. Aerodynamic bits include a front splitter and duckbill rear spoiler, while the cabin includes a racing bucket seat and steering wheel. 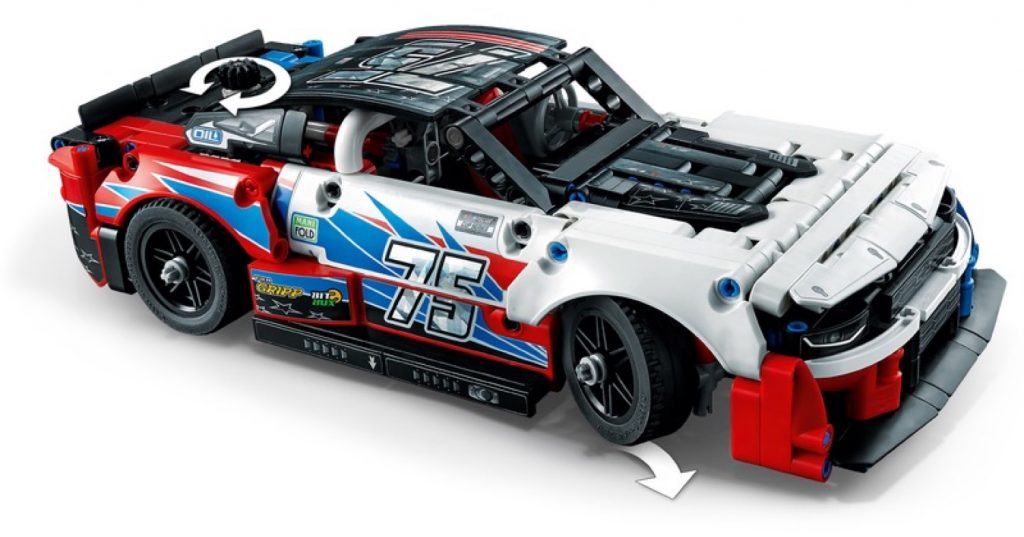 Builders can steer the model to victory lane using a small knob located in the rear, which twists to control the front wheels. What’s more, the hood opens to reveal the V8 powerplant underneath, which also shows off a set of moving pistons. The entire model measure in at more than 3 inches in height, 11 inches in length, and 5 inches in width.

The new next-gen Chevy Camaro ZL1 NASCAR kit will be available to purchase starting March 1st, 2023, and is priced at $49.99, per the official LEGO website. The kit is tagged with item number 42153. 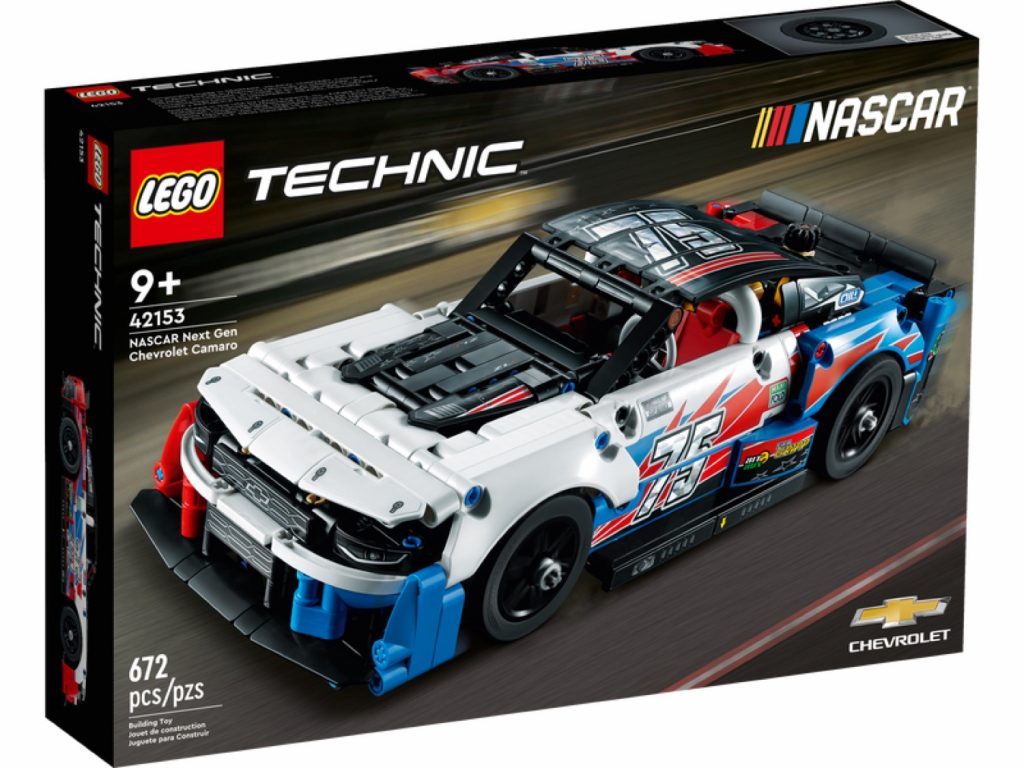