At present, the Toyota Tacoma outsells GM’s midsize pickups, the Chevy Colorado and GMC Canyon, by a significant margin. The reasons behind the gap are varied, but one of the reasons has to be GM’s decision to drop the Colorado and Canyon nameplates in 2012.

That’s quite a shame, given the GM models are arguably the better products. That includes the outgoing generation, produced between the 2015 and 2022 model years. Compared to the Toyota Tacoma, the two GM pickups are more modern and offer a better overall driving experience, with better infotainment, better powertrains, and, with the previous generation being the only vehicles in the segment to offer a diesel engine, more powertrain diversity as well.

So the question remains – why aren’t the two GM models keeping up with the Toyota Tacoma? For starters, GM opted to drop both nameplates for two years, discontinuing the models in the U.S. in 2012 before reviving the Colorado and Canyon in 2014. GM’s decision coincided with Ford’s decision to drop the Ranger in 2012 as well, providing Toyota with an opportunity to improve its brand image and make the Tacoma a household name for midsize pickup truck buyers.

And that’s exactly what the Japanese automaker did. The Tacoma is now recognized as a tough-as-nails, ultra-reliable, nearly bulletproof truck. Toyota also seems to have more production capacity, as Tacoma production is spread across two plants, with 113,000 units produced in Guanajuato, and 133,000 units produced in Tijuana, through November of the 2022 calendar year.

Meanwhile, the brand image for the GM’s two pickup models went the other direction. Consumer Reports, for examples, has highlighted the Chevy Colorado and GMC Canyon as among the least reliable vehicles available today, while the trucks’ eight-speed automatic transmission certainly hasn’t helped.

That said, the two GM models are poised to improve for the 2023 model year, at least from a product standpoint. Both nameplates were recently overhauled, including that troublesome eight-speed automatic. 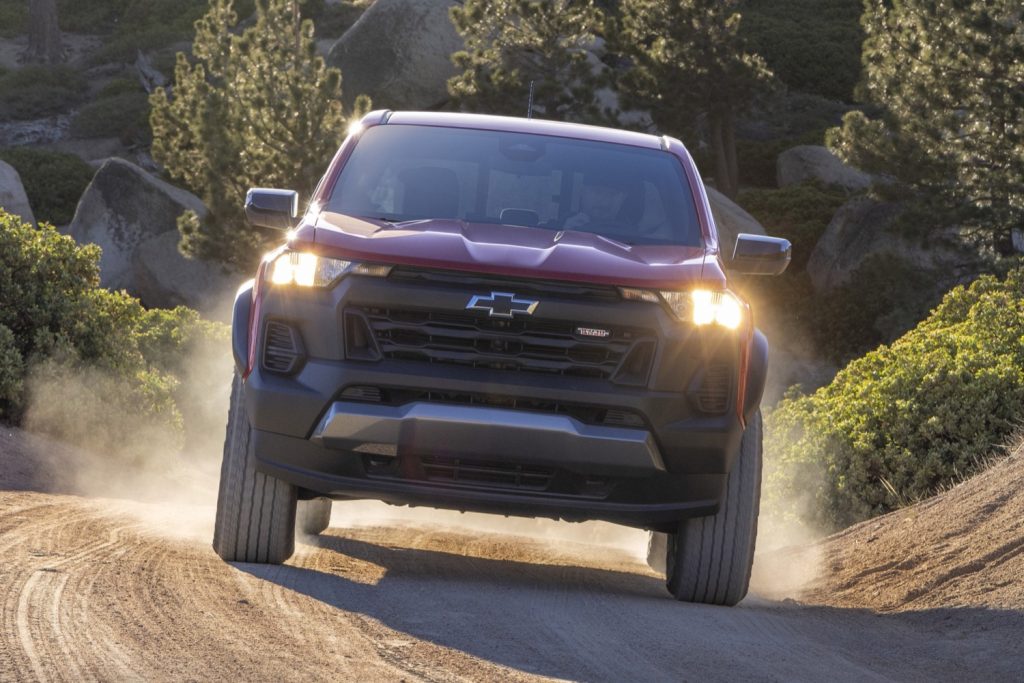 But we want to know – why do you think Toyota is outselling GM in this segment? Will the 2023 Chevy Colorado and 2023 GMC Canyon help to close the gap in terms of sales volume? Let us know by posting in the comments, and remember to subscribe to GM Authority for more Chevy Colorado news, GMC Canyon news, Chevy news, GMC news, GM business news, GM sales news, and around-the-clock GM news coverage.