GM announced that the São Caetano do Sul plant in Brazil has just received major upgrades to manufacture the all-new Chevy Montana pickup, a model that officially began series production on January 16th, 2023.

The São Caetano do Sul plant has been retooled to build the highly strategic third-generation Chevy Montana as part of GM South America’s ongoing investment cycle in Brazil, adding more quality, productivity and efficiency to the automaker’s longest-running complex in the country. In fact, the São Caetano plant is only GM facility in the world that makes new Montana compact pickup. 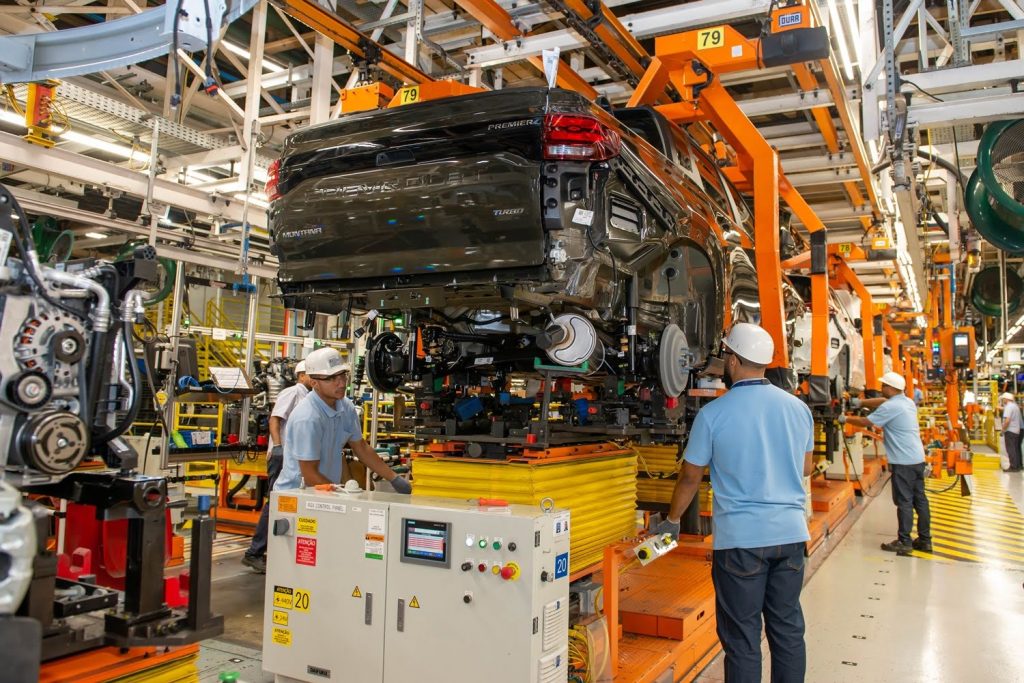 The São Caetano do Sul plant renovations to produce the all-new Chevy Montana lasted more than a year and were carried out in stages, with the aim of avoiding prolonged interruptions in the complex’s production line that already builds the Chevy Tracker and the Chevy Spin. During that period, the factory received 4,000 m² (about 43,000 square feet) of new facilities and 274 new robots, raising the level of automation and worker safety.

Notably, the main novelty that the São Caetano do Sul plant received was installation of the fastest GM stamping press in the entire American continent. The new press is capable of stamping up to 30,000 parts per day, such as the hood, fenders, doors and the tailgate of three vehicles in production. This volume represents twice the capacity of previous-generation presses, consuming approximately half the electricity.

In addition, other novelties include a quality scanner with artificial intelligence at end of the production line and a specific autonomous cart for transporting large parts, which was developed by GM Brazil itself. All these innovations make the factory, with more than nine decades of experience, one of the most modern and competitive in the worldwide automotive industry.

Although GM South America has yet to reveal new total production capacity of the São Caetano do Sul plant, the complex would now notably surpass its previous mark of more than 250,000 units per year, demonstrating the company’s ambitions to establish the Chevy Tracker and Montana as sales leaders in their respective segments in the Brazilian market.