The GM Design team just released a striking Chevy utility vehicle concept rendering, providing us with a look at what could be inspiration for future ICE-based Chevy crossovers and SUVs. 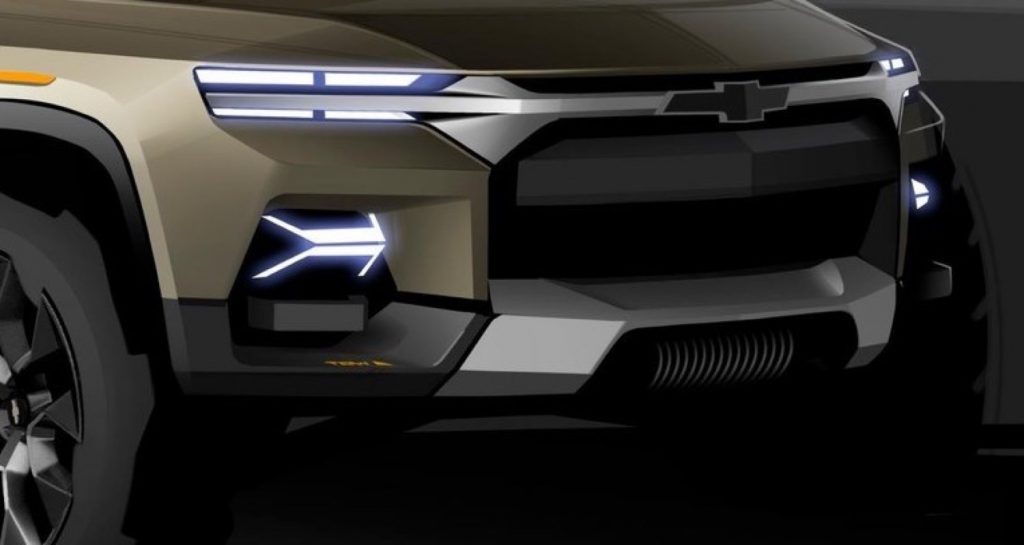 This particular rendering certainly has Malczewski’s flair for the dramatic, with hard creases and geometric shapes lending the hypothetical Chevy utility vehicle a futuristic, off-roader sort of vibe. The overall shape and colors reminds us a good deal of the latest Chevy Trailblazer crossover, especially with the two-tone roof treatment and front end.

Speaking of the front fascia, the Chevy utility vehicle rendering incorporates somewhat familiar lighting elements, with thin, horizontally oriented upper lighting signatures matched with taller lighting elements placed lower in the corners of the bumper. The large central air intake suggests that this particular model is powered by internal combustion, rather than electric motors, with the Chevy badge placed high on the nose along a silver styling ridge. More silver is located below the intake, suggesting a skid plate and winch setup. 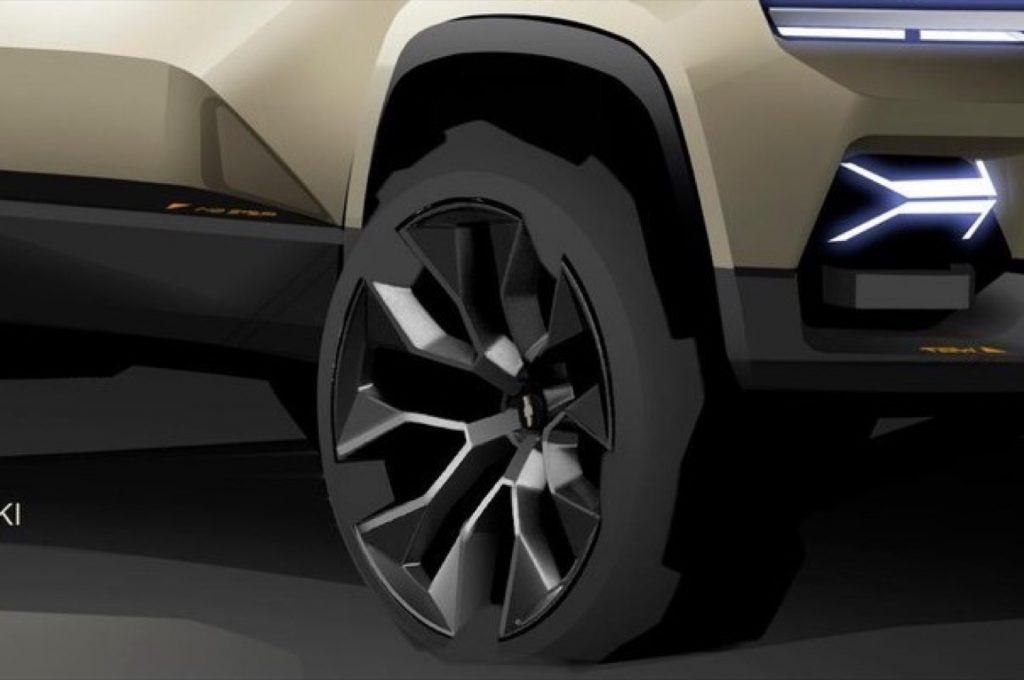 Black trim bits stretch around the perimeter of the vehicle, including along the rather sizable fender arches. Those arches have to be big to accommodate the enormous wheels and tires seen in the corners, with the gigantic split-spoke rollers wrapped in equally mammoth rubber, the latter of which looks to have a chunky, turbine-esque off-roader shape to them.

Notably, the ultra-wide body appears to incorporate just two doors, although it’s hard to say. We’re also digging the large roof rails and ridges in the hood, while the geometric sideview mirrors are a nice complement as well. Finally, the sidelines rise behind the front side windows, giving the profile a shark fin window line.