Just like the rest of the auto industry, Ford regularly evaluates rival vehicles, including those from GM, with just a few recent examples including the 2023 Chevy Corvette Z06, the Chevy Camaro ZL1, the Chevy Silverado, and the GMC Hummer EV, as reported by our sister publication, Ford Authority. Now, Ford has been caught benchmarking the Chevy Tahoe PPV. 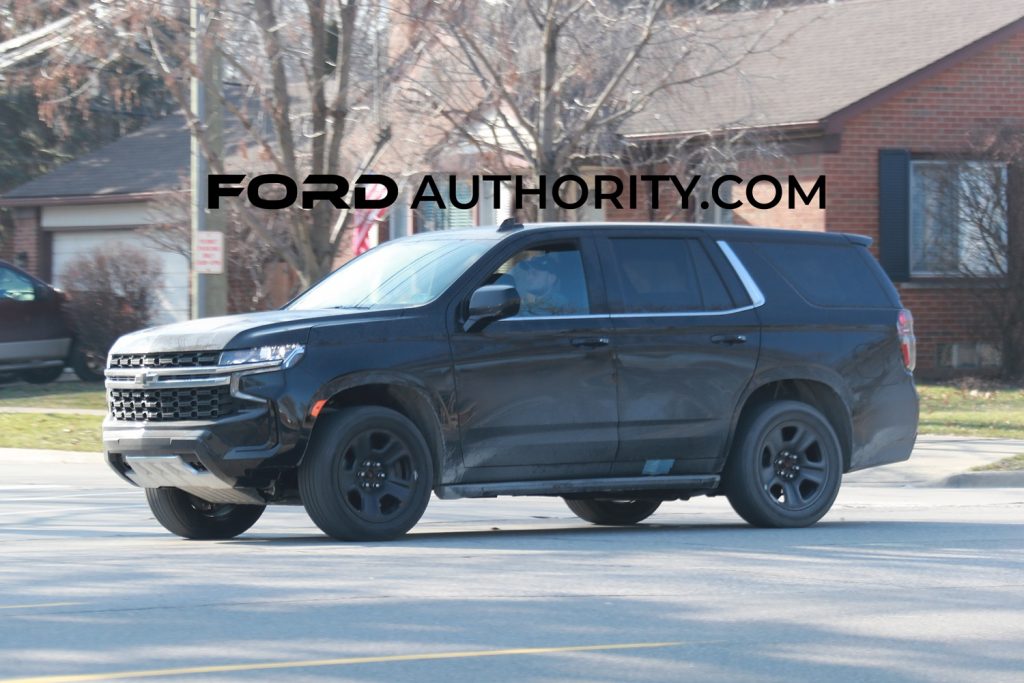 For those who may be unaware, the Chevy Tahoe PPV, or Police Pursuit Vehicle, is a direct rival for the Ford Expedition SSV, or Special Service Vehicle. As one might expect, the Chevy Tahoe is equipped with a range of equipment specifically tailored for law enforcement, such as heavy-duty suspension components that are well-suited for either paved or unpaved surfaces. The naturally aspirated 5.3L V8 L84 gasoline engine can be found under the hood, with output directed through the GM 10-speed automatic transmission (RPO code MHU). Output is rated at 355 horsepower at 5,600 rpm and 383 pound-feet of torque at 4,100 rpm. The SUV also rides on V-rated Firestone tires mounted on steel wheels, under which is equipped a set of 16-inch Brembo brakes up front.

Meanwhile, the Ford Expedition SSV is motivated by the 3.5L EcoBoost V6 gasoline engine, also connecting to a 10-speed automatic transmission. Output in the Ford is rated at upwards of 400 horsepower and 480 pound-feet of torque. A two-speed transfer case with automatic four-wheel drive help to put it to the ground. A set of 17-inch steel wheels can be found in the corners. 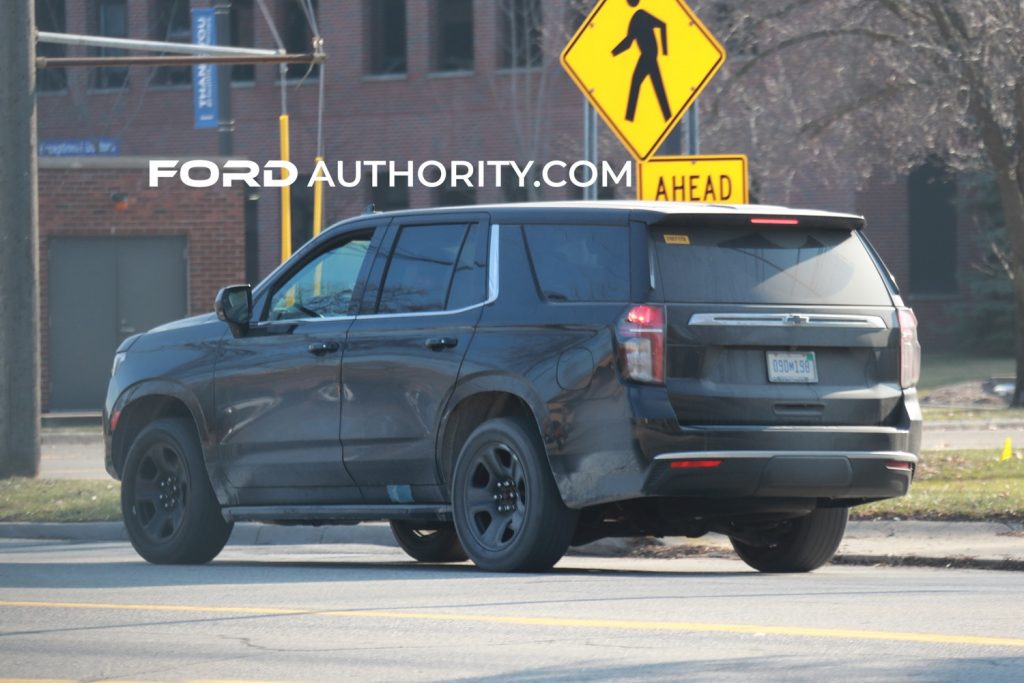 Of course, Ford is keen to test out the civilian spec models from the GM lineup, as well. Per previous Ford Authority coverage, the Blue Oval brand was spotted benchmarking the Chevy Tahoe Premier last year. Just like in police-spec SUV, the civilian-spec Chevy Tahoe rivals the civilian-spec Ford Expedition in the full-size SUV segment.

Notably, Ford has typically been the most popular automaker in the U.S when it comes to law enforcement, most thanks to the Police Interceptor Utility, which accounts for roughly half of all new U.S. police vehicle sales.