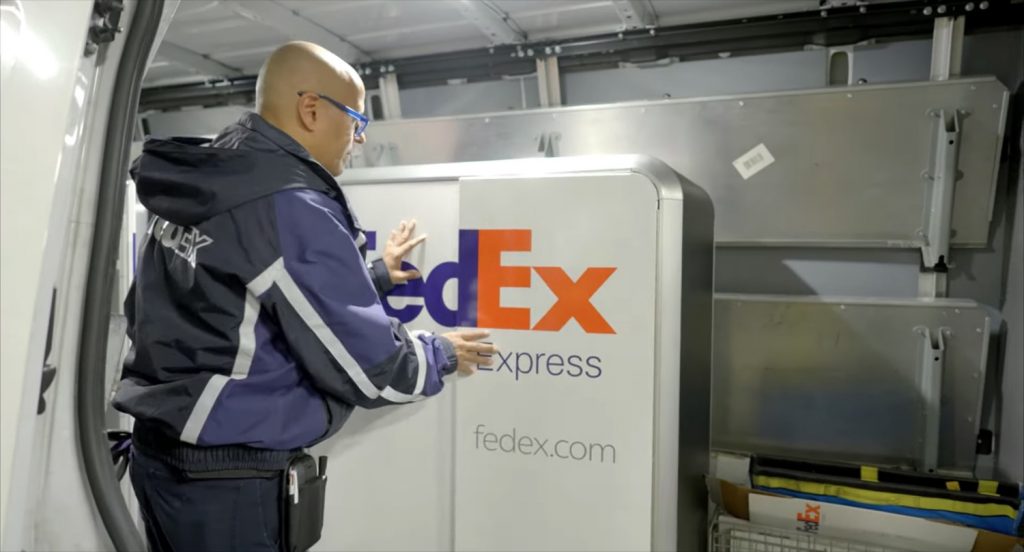 Clocking in at just over 30 seconds, the FedEx video shows the BrightDrop Trace e-cart in action, with FedEx employees loading up the interior shelves with packages before rolling it out for deliveries. According to the video, FedEx is now testing the BrightDrop Trace in five locations around New York City, including the Diamond District, Theatre District, Midtown, Midtown East, and Brooklyn Heights. The new pilot program expands on an initial pilot in the Diamond District conducted last year.

The BrightDrop Trace, previously called the EP1, was the first BrightDrop product to launch, and is estimated to reduce time spent at the curb by 50 percent, enabling couriers to handle an estimated 25 percent more packages per day. 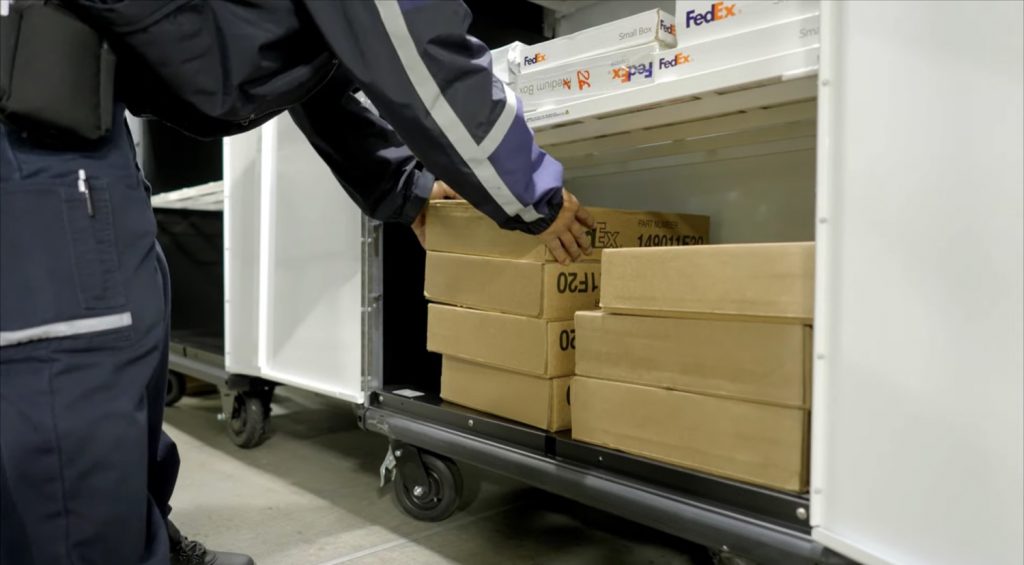 The e-cart incorporates a built-in electric hub motor that provides adjustable speeds up to 3 mph. The all-electric propulsion system will enable a single courier to move as much as 200 pounds of payload nearly effortlessly. The exterior of the BrightDrop Trace is 57.8 inches in height, 42 inches in width, and 24 inches deep, and includes adjustable shelving for easy storage and organization. What’s more, BrightDrop Trace is loaded with smart technology, providing chain of custody insights and real-time data tracking, plus a remote locking function if needed.

Naturally, the BrightDrop Trace makes an excellent pairing with the company’s new all-electric vans, the Zevo 600 and Zevo 400, which FedEx is currently testing as well.