Most popular Cup Series driver and 2020 series champion, Chase Elliott, has announced that he will compete in the season-opening Truck Series race at Daytona behind the wheel of the No. 35 NASCAR Chevy Silverado RST.

The No. 35 Silverado will be fielded by NASCAR Chevy team McAnally Hilgemann Racing (MHR), and will carry the colors of Gates Hydraulics and NAPA Auto Care. Both companies have been longtime sponsors of MHR, and NAPA itself has colored Elliott’s race cars for most of his Xfinity Series and Cup Series careers. The one-off race for Elliott in the Truck Series will occur on February 15th, 2023 at Daytona International Speedway, marking Elliott’s 18th start in the division. So far, he has three Truck Series wins to his name. 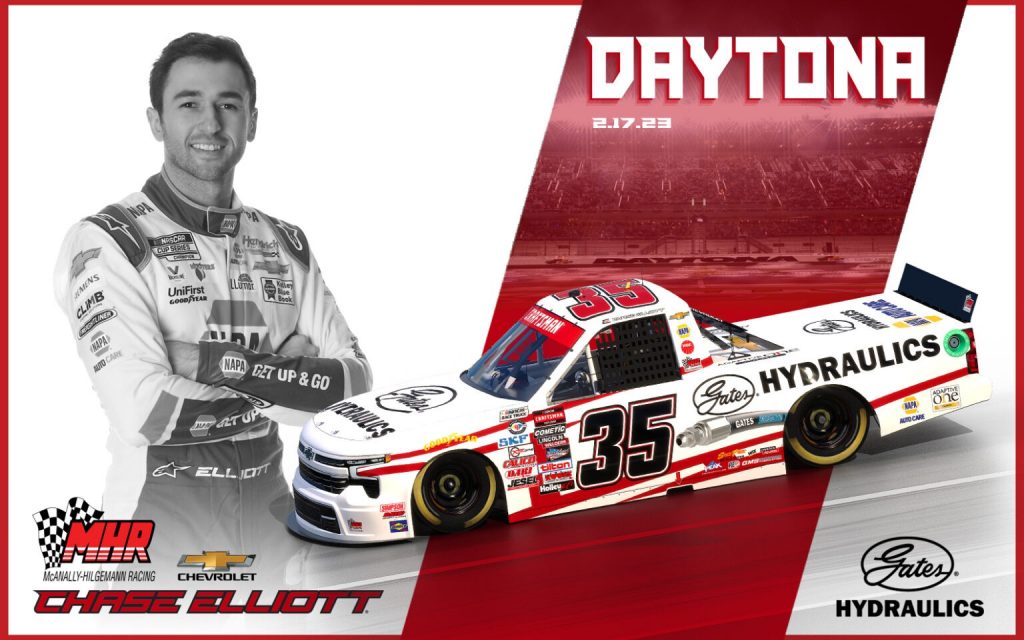 “This will be the first time I’ve driven a truck at Daytona, let alone a superspeedway,” Elliott said in a statement. “There’s no better team owner than Bill McAnally to do it with, as he’s been involved in racing and been associated with NAPA for a long time.”

Team owner Bill McAnally said he was thrilled to have Elliott show off the No. 35 Silverado at Daytona. “I think there’s an incredible amount of potential for our team to make a lot of noise this year, and we have the people to make it happen,” he said. “We’re thrilled to have Chase step in and drive our No. 35 Gates Hydraulics Chevrolet at Daytona and everyone involved in our program is excited and glad that he’s able to do so.”

Up-and-coming driver Jake Garcia will take control of the No. 35 NASCAR Chevy race truck beginning at Las Vegas Motor Speedway on March 3rd, on the day of his 18th birthday.

It’s worth noting that Daytona will not only be the first superspeedway Truck Series start for Elliott, but will also mark the first time that the Kyle Busch Motorsports race trucks will take to the racetrack wearing Bow Tie badges instead of Toyota ovals.