The 2024 Cadillac Celestiq made its big debut last October, dropping in as the luxury marque’s all-new, all-electric halo sedan. Now, the Celestiq has been spotted out and about undergoing testing with bare carbon fiber body panels. 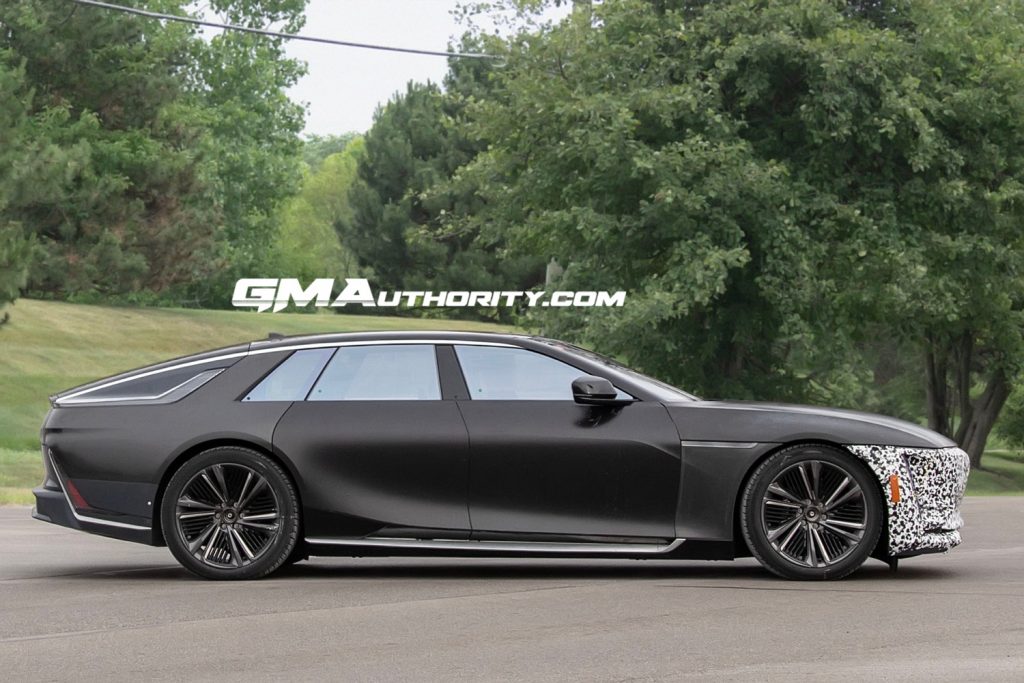 As we can see from these spy photos, this Cadillac Celestiq prototype was spotted with a white-and-black camo wrap hiding the front bumper, while various body panels show a myriad of different shades of matte black. The hood and the doors also appear to be covered in a plastic wrap. Critically, the rear quarter panels show us the sedan’s carbon fiber weave with an unpainted finish, providing us with a peek at the ultra-premium sedan’s composite body bits. 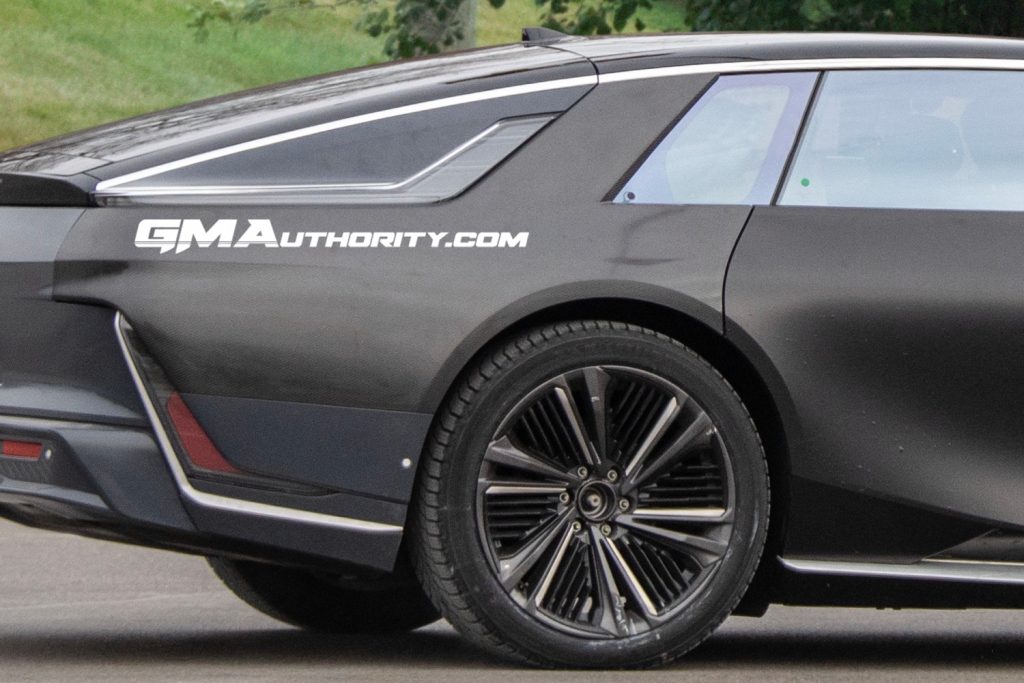 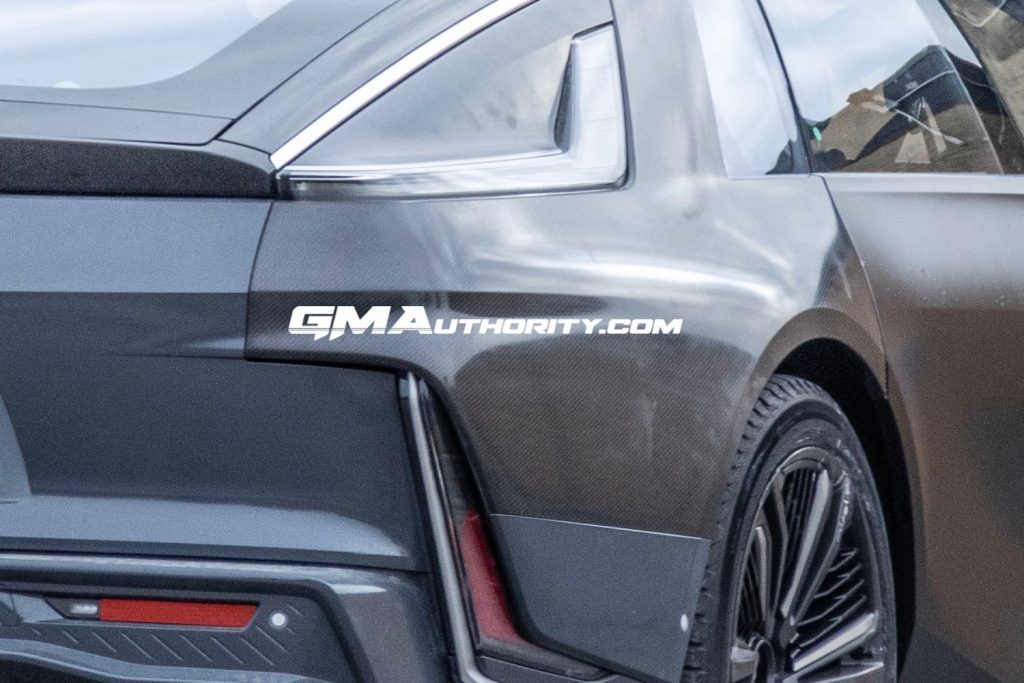 Per the photos, the rear carbon fiber panel wraps into the rear hatch and up into the roof, with a subtle styling line indent framing the rear vertical lighting. Closer images reveal the carbon fiber weave.

According to automaker, carbon fiber was used in “several areas of the exterior” of the Cadillac Celestiq, thus allowing designers to “create distinctive forms not possible with traditional metal body panels.” That said, visible metal is still used for the grille, header, rockers, taillamp trim, headlamp trim, bodyside trim, and the trunk liner, as well as for the liftgate body openings. Other interesting material technologies include the use of 3D printing, which Cadillac leveraged for the Celestiq’s steering wheel decor. 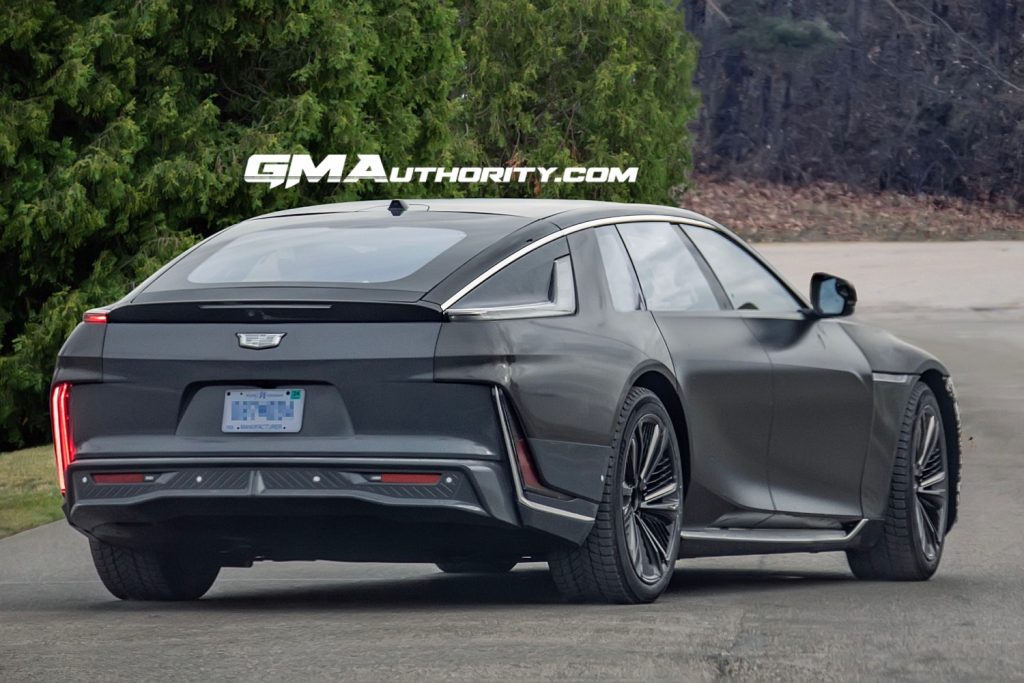 Interestingly, these photos suggest that Celestiq buyers can choose between painted or exposed carbon fiber body panels. All in all, we would certainly like to see the new Cadillac Celestiq dressed in full bare carbon fiber, a look which could lend the ultra-premium sedan an assertive, sporty, high-tech aesthetic.

The sedan certainly has the specs to back it, what with 600 horsepower and 640 pound-feet of torque thanks to a 111 kWh battery GM Ultium battery pack and GM Ultium two-motor all-wheel drive system. Properly motivated, the Cadillac Celestiq will sprint to 60 mph in an estimated 3.8 seconds. 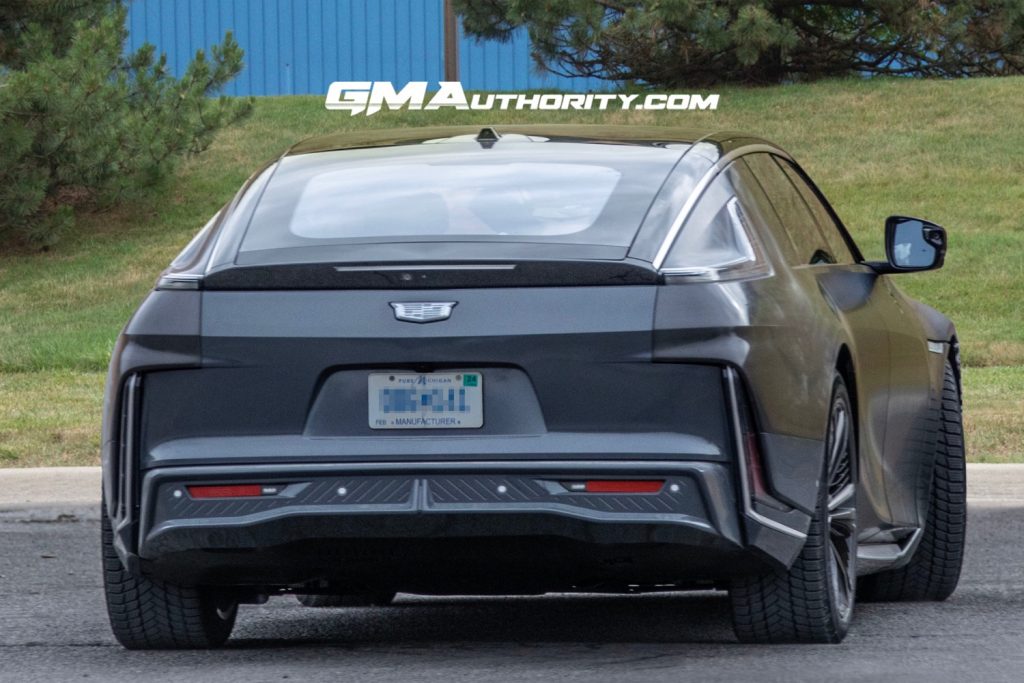 As a reminder, the Cadillac Celestiq rides on the GM BEV3 platform, while each unit is built by hand at the GM Global Technical Center in Michigan.