One of the (many) awesome things about car culture is the creativity that’s sparked to modify a vehicle into something that is uniquely yours. It might not be what everyone likes, but to you, it’s a passion. This particular C8 Corvette Stingray fits that criteria to a t. 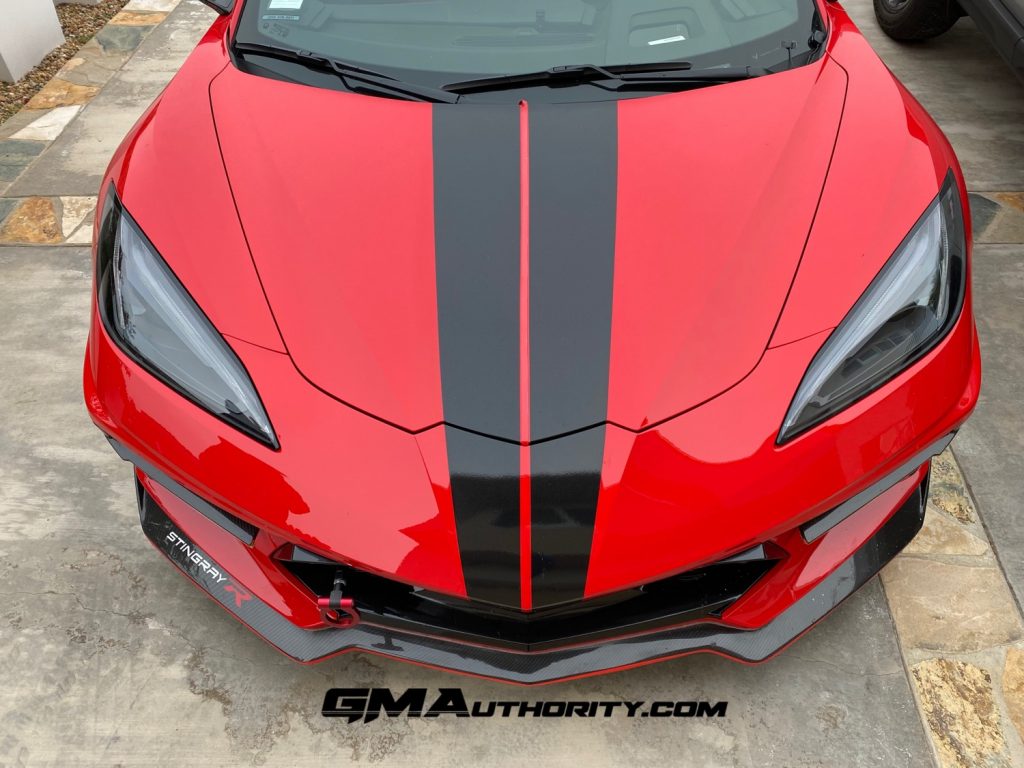 Recently spotted in Southern California, this C8 Corvette Stingray caught our eye, so we decided to track it down and talk to the owner to see what it was all about and gain a few insights into what makes it unique.

The most obvious update for this C8 Corvette Stingray is for the exterior, where we find the coupe equipped with a number of body mods plucked from the Sigala Design catalogue. That includes the front splitter and the side skirts, both of which are made from carbon fiber and trimmed in red striping. 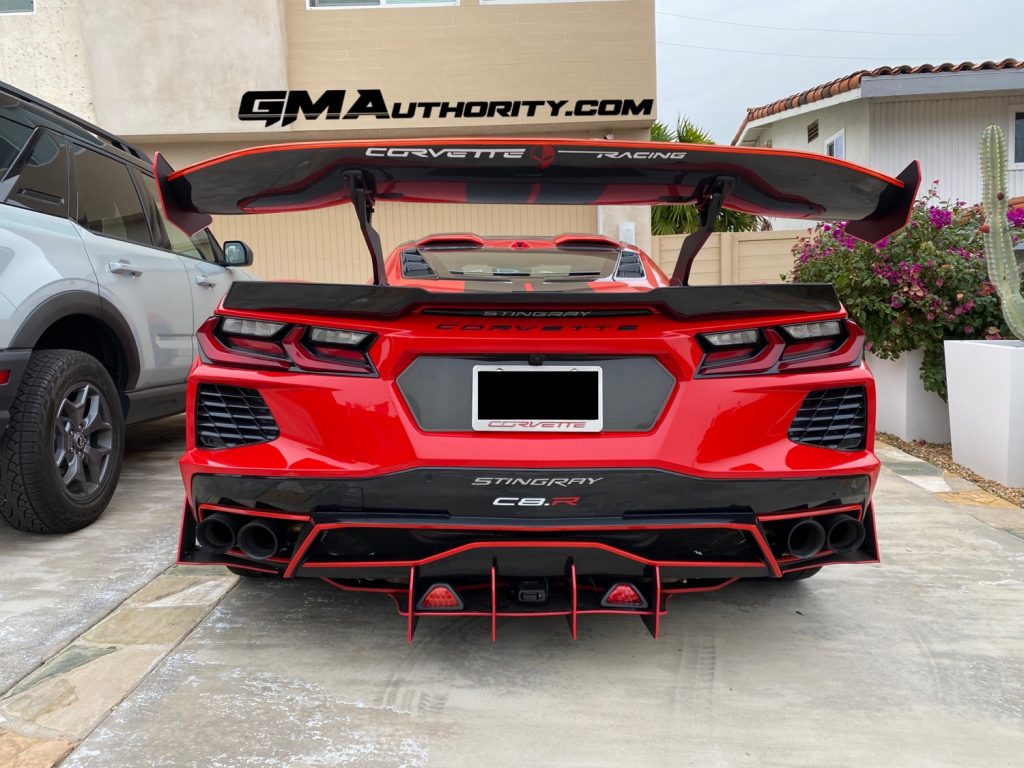 Further touches include a massive rear diffuser, which continues the red striping theme to make it stand out even more. This is complemented by a ducktail rear spoiler, on top of which is mounted a large GT-style wing. Black racing stripes run down the spine of the vehicle, while Stingray R and C8.R stickers pepper the body panels. 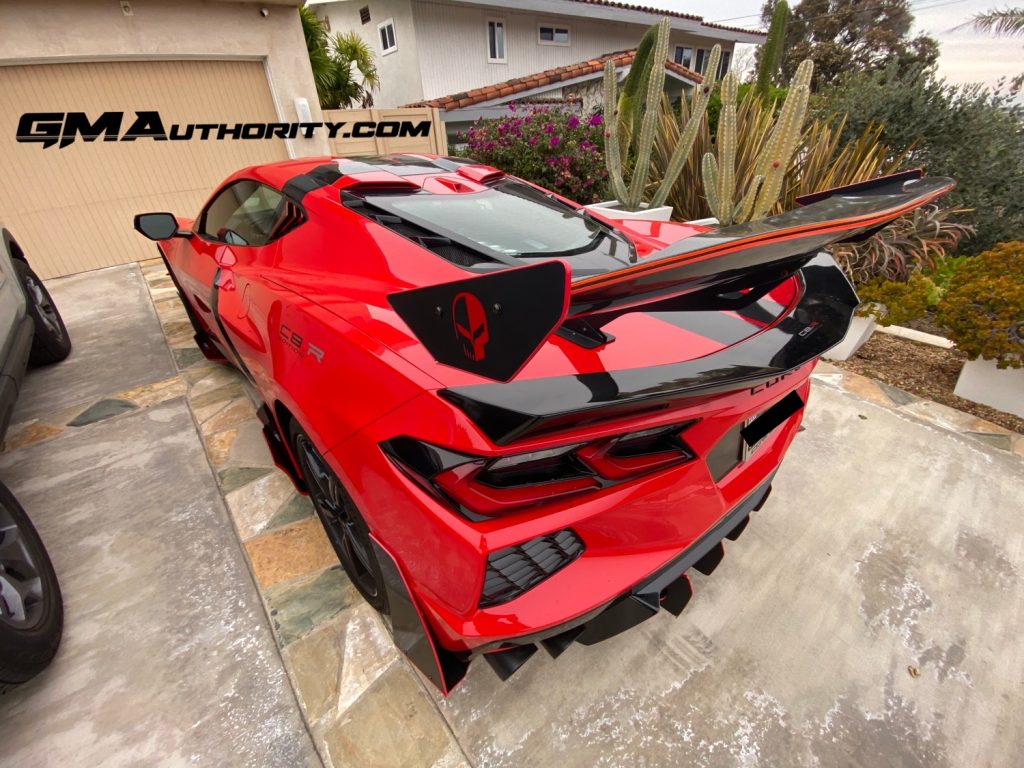 For now, the performance bits remain more or less factory, with the exception of a new aftermarket exhaust with quad tips, finished in black. The owner says he plans to add a supercharger sometime in the future. For reference, the standard C8 Corvette Stingray is equipped with the naturally aspirated 6.2L V8 LT2 gasoline engine, which is rated at 490 horsepower and 465 pound-feet of torque right from the GM Bowling Green plant in Kentucky.

While this modified C8 Corvette Stingray certainly looks rather striking from the outside, it’s what’s bolted on top of the LT2 that’s perhaps the most controversial bit of the whole car. 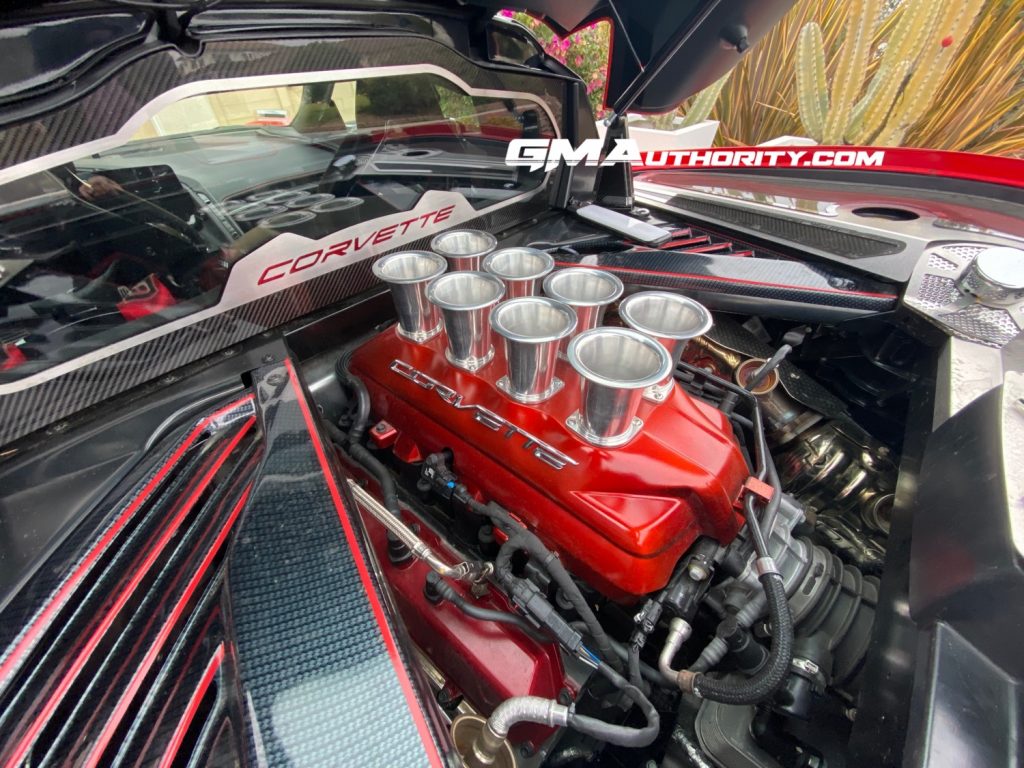 Yes folks, what you see there is a set of fake air velocity stacks attached to the engine cover. While obviously non-functional, the owner says these things attract the lion’s share of questions, and were installed simply to see what such a setup might look like. Indeed, we would love to see some functional air trumpets on the LT2 in the future. 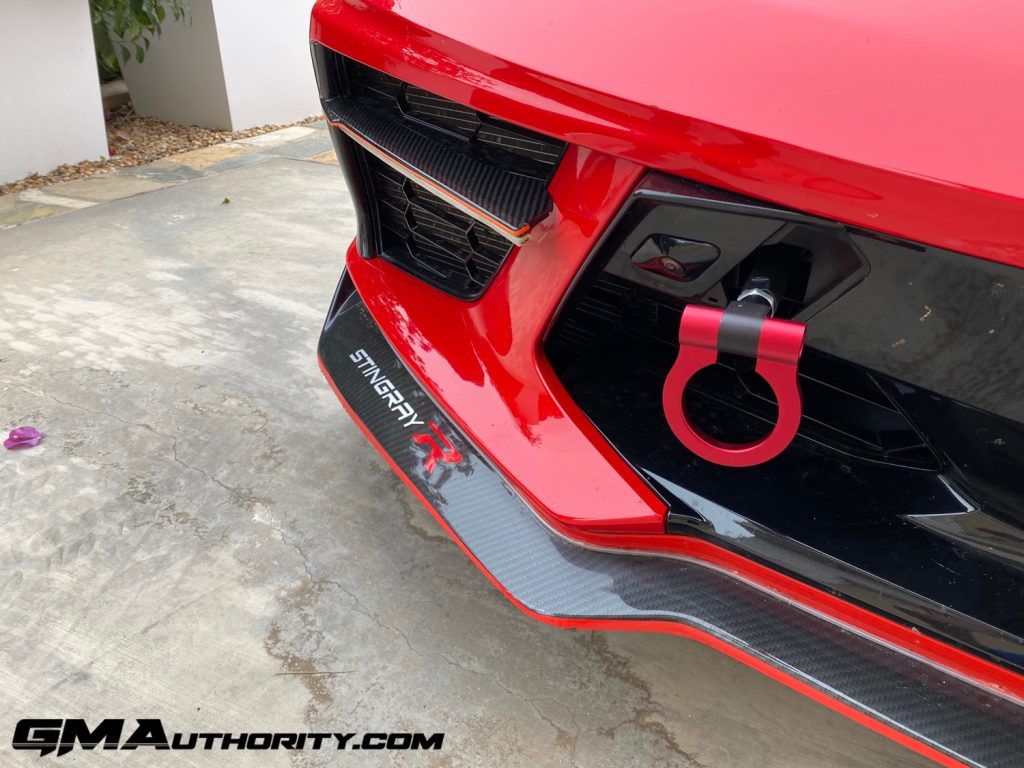 All told, this C8 Corvette Stingray probably isn’t everyone’s cup of tea, but the opinions of strangers didn’t seem to bother the owner all the much. He’s having too much fun with his car to care. 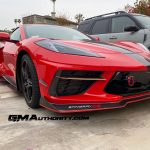 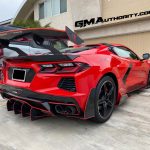 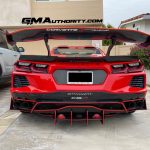 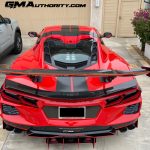 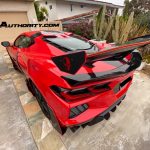 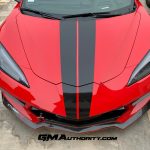 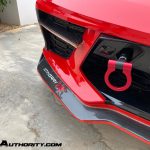 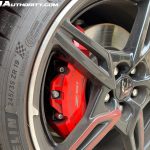 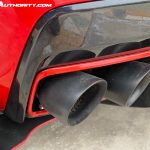 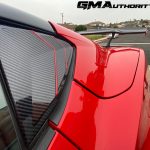 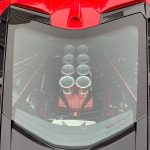 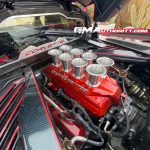