A C7 Chevy Corvette was recently involved in a multi-vehicle crash in Southern California, and the aftermath was captured in a new viral video.

Making its way to social media, the video appears to have been captured by a bystander, who approaches the scene of the accident as first responders get to work. The video opens with three vehicles crumpled up in the middle of the street, including a black Jeep crossover and black Audi crossover, as well as a silver C7 Chevy Corvette. The Corvette is resting on the sidewalk and is almost entirely engulfed in flames, with thick clouds of smoke rising into the sky. First responders can be seen moving an unconscious individual away from the scene. The condition of the vehicle occupants is unknown. 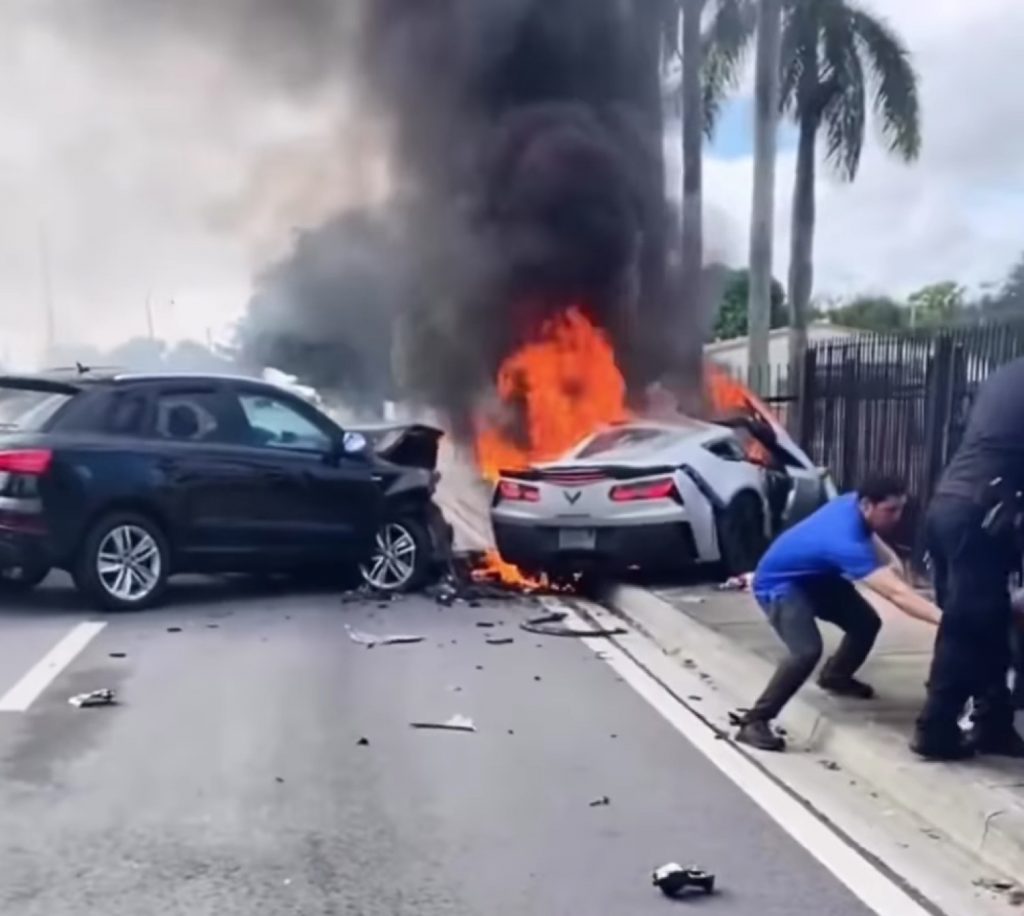 Details on exactly what happened here are not provided, but according to the video description, the crash happened in Southern California. The video description also says “Mustang [sic] fault,” but there’s no Mustang to be found in the video, and is likely just a reference to the Mustang crash meme. 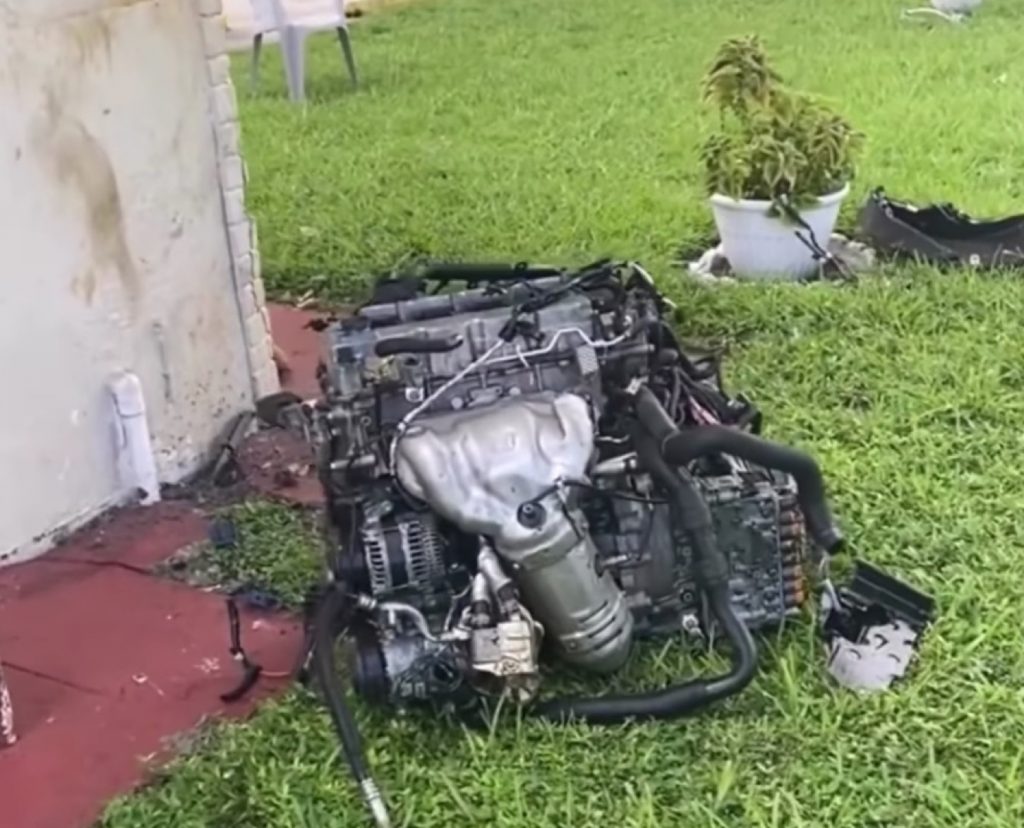 Although the circumstances leading up to the accident are unknown, it’s likely that high speeds were involved. Later in the video, we see an entire engine resting on a lawn across the street from the crumpled cars. The video description seems to joke that the engine is from the Corvette, but a closer look reveals that it’s likely from another vehicle instead, rather than the Corvette’s naturally aspirated 6.2L V8 LT1. Either way, the debris that’s strewn across the street and elsewhere at the scene (not to mention the massive fire) indicates that this was one very nasty wreck.

The video should serve as yet another reminder to take it easy out on the road. There are plenty of dangers out there already – try not to add to them.