The No. 48 NASCAR Chevy Camaro ZL1, driven by Alex Bowman in the Cup Series, will sport two brand new paint schemes for the 2023 season.

Ally Bank will continue to sponsor Bowman’s No. 48 Camaro, and both of his new primary paint schemes will continue to carry the brand’s signature purple and white colors. The first scheme features a purple front end that bleeds into multicolor stripes along the sides of the race car, while the vehicle’s rear end is painted white. The No. 48 itself on this scheme is white with a purple outer stroke to stand out against the race car’s side, while carbon fiber weave is visible on the vehicle’s splitter and side skirts. While driving this paint scheme, Bowman will wear a white firesuit with pink, purple and teal accents. 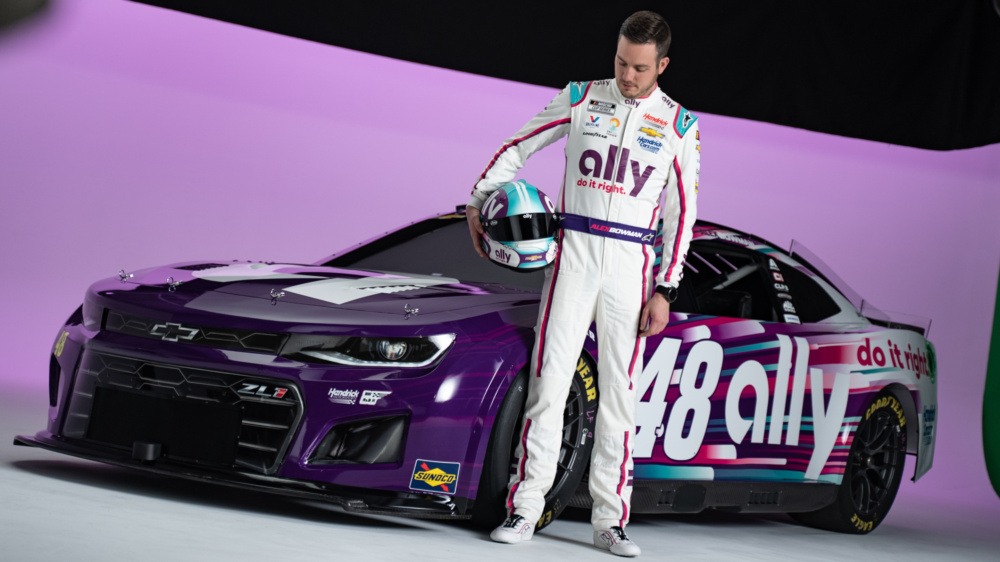 The second paint scheme is much darker. It features a similar multicolor stripe theme as the first, but overlaid on a dark base paint. The No. 48 NASCAR Chevy sports teal numbers with a white outer stroke to create contrast with the dark background, while the Ally “A” logo on the hood is blurred to create a feeling of motion even while the race car is standing still. The carbon fiber weave on the side skirts and splitter is also present here. Bowman’s firesuit for this scheme is black with purple and pink accents. 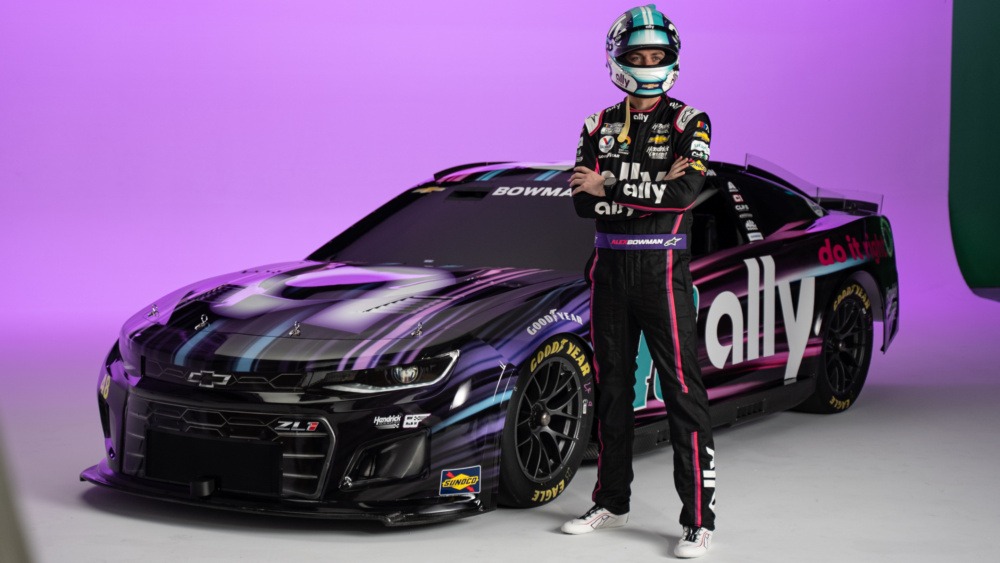 Bowman has run the No. 48 on his NASCAR Chevy since the 2021 Cup Series season, assuming Jimmie Johnson’s famous number after previously running with No. 88 on the sides of his Camaro. The 2023 season will mark his sixth full-time Cup Series bid with Hendrick Motorsports.

In 2022, Bowman was unfortunately involved in a late-season wreck and suffered concussion-like symptoms as a result, forcing him to sit out several races while Noah Gragson subbed in the No. 48 NASCAR Chevy. Bowman returned to the wheel of the No. 48 Camaro for the season-ending race at Phoenix. 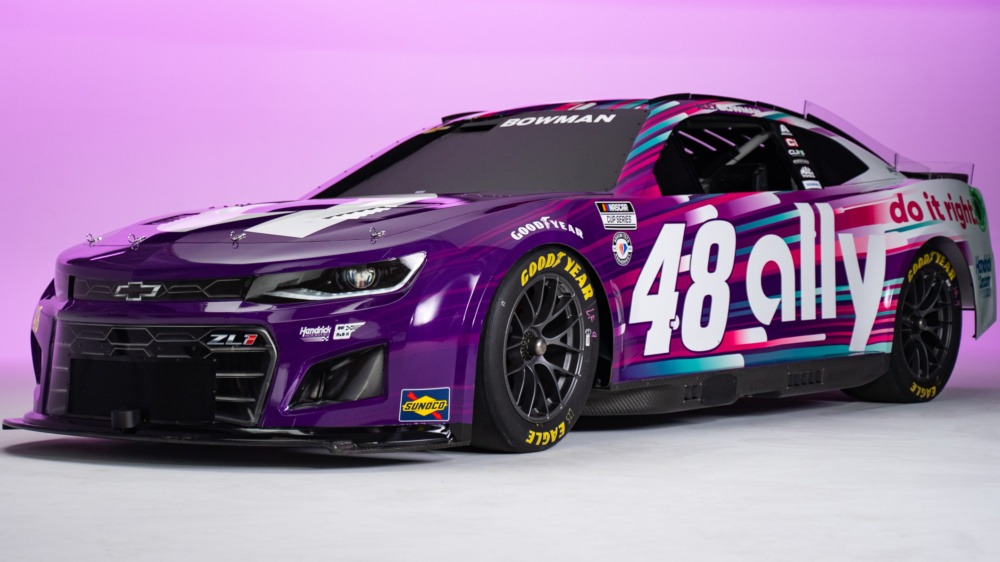 GM Authority will be in attendance at the Daytona 500 next year, so be sure to subscribe to GM Authority for more Chevy news, NASCAR news, GM motorsports news and around-the-clock GM news coverage.