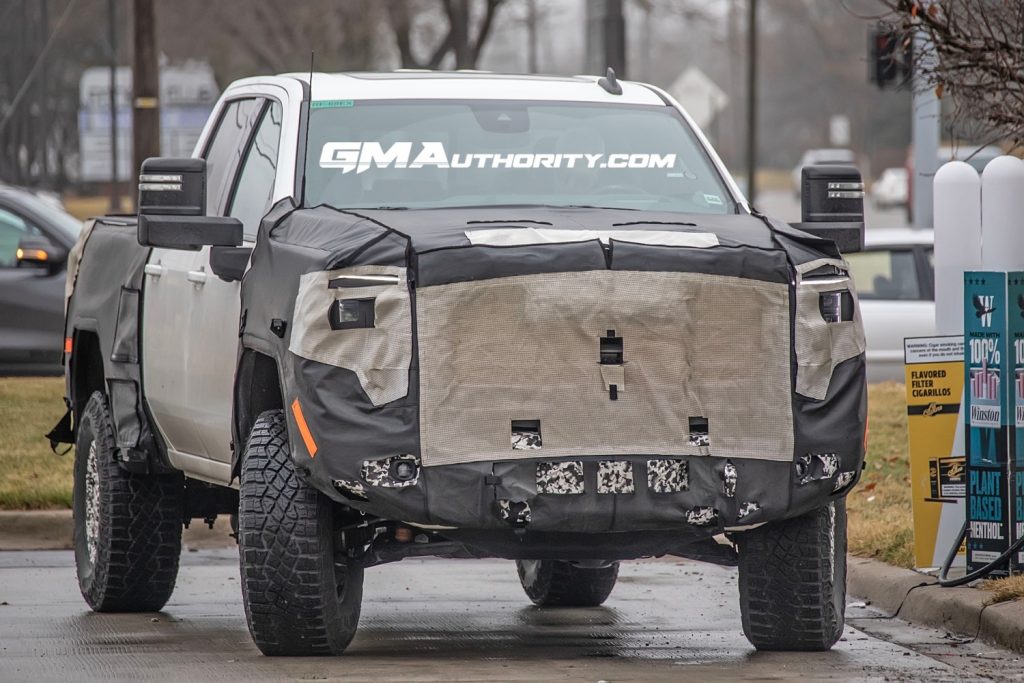 So then, what exactly makes the “seriously off-road capable” GMC Sierra AT4X HD tick? Well, for starters, these new spy photos confirm that the heavy-duty pickup will roll on some chunky 35-inch rubber, specifically a set of 305/70R18 Goodyear Wrangler Territory MTs. This compound will do well on the trail, and will be paired with significant ground clearance upgrades to back its off-roading credentials. Part of the formula will include a high-clearance front bumper for an improved approach angle, as well. 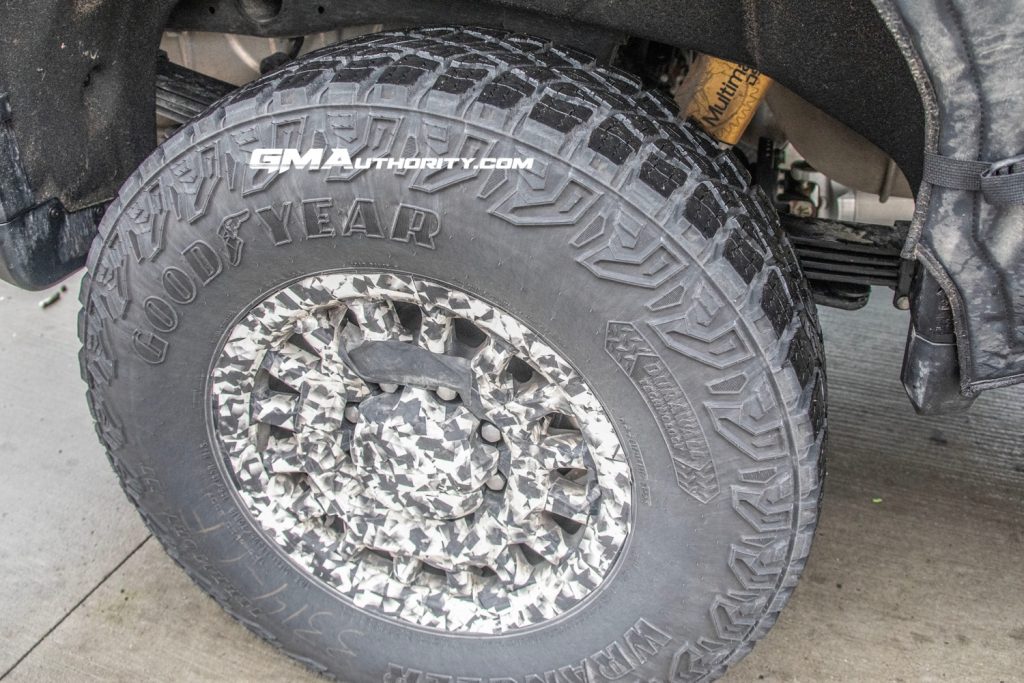 Another crucial part of the formula will be the suspension, with these new spy photos confirming that that the GMC Sierra AT4X HD will indeed run MultiMatic DSSV shocks. As seen here, the characteristic gold-and-blue MultiMatic suspension components can be found both front and rear, shooing away earlier speculation as to whether or not the next-level off-roader would ditch GM’s go-to DSSV units in favor of something else. 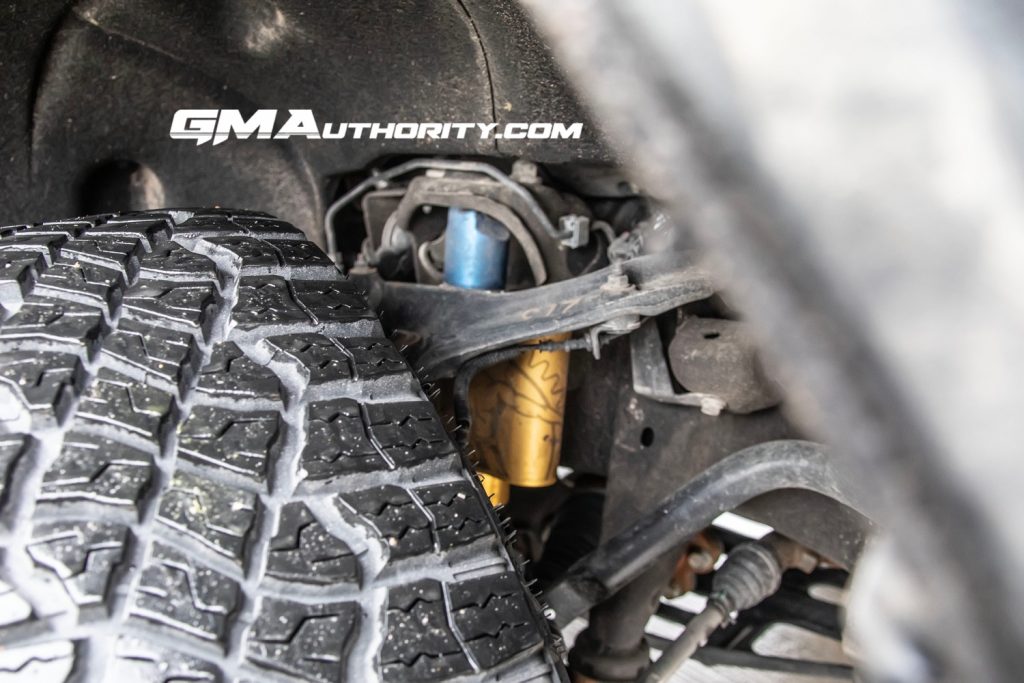 We’ve seen the new GMC Sierra AT4X HD out and about undergoing testing on several occasions before, including last August, and last March. These new photos, however, confirm GM’s strategy for its off-road-focused HD range.

As for the power specs, the 2024 GMC Sierra offers two engine options, including the naturally aspirated 6.6L V8 L8T gasoline engine, rated at 401 horsepower and 464 pound-feet of torque, and the optional 6.6L V8 L5P turbodiesel Duramax engine, now rated at 470 horsepower and 975 pound-feet of torque following the most recent 2024-model-year refresh. Under the body panels,  the GMC Sierra HD rides on a more-capable variant of the GM T1 platform. 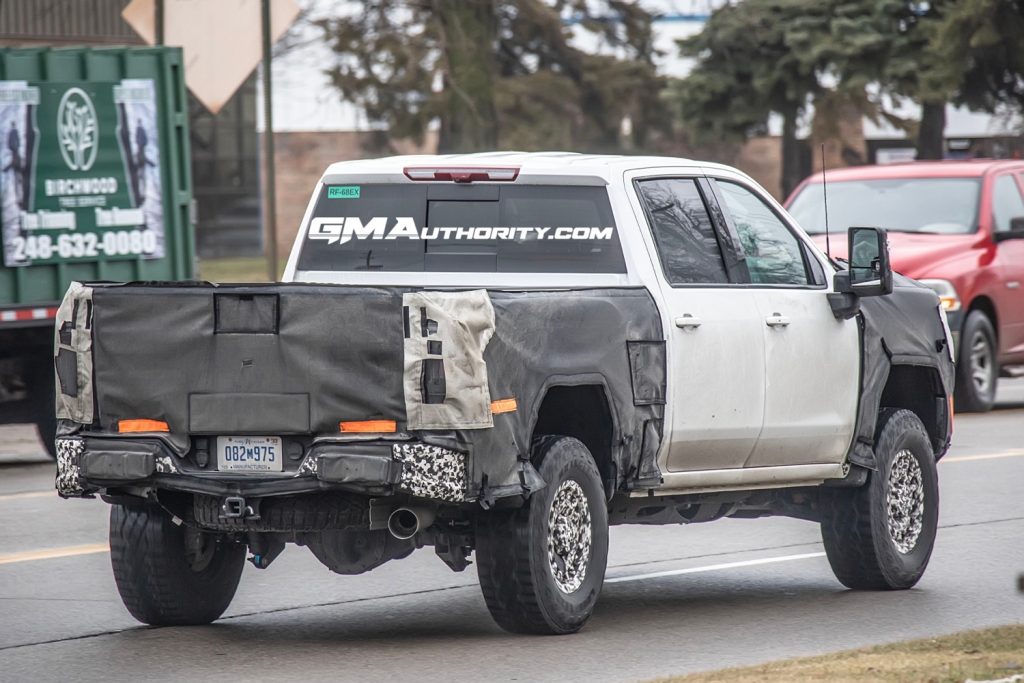