The new 2024 Corvette E-Ray hybrid-electric sports will debut in one week, per a new teaser from Chevrolet.

“After 70 years, we’re introducing one like none,” Chevy writes. The accompanying teaser video includes quick shots of the 2024 Corvette E-Ray as it drives in the snow and on the street, and while there’s no narration, we do get to briefly hear the naturally aspirated 6.2L V8 LT2 gasoline engine rev and burble.

The video opens on an icy test track out in the forest, where we see the Corvette E-Ray accelerating and attacking some snow-lined tarmac. The video gives us a quick look at the front end, wheels, and carbon ceramic brakes as the mid-engine hybrid gets the throttle down.

We’re then transported to a city street at night. We see the driver select “Stealth” driving mode, cutting the epic music as the new Vette cruises in near silence. 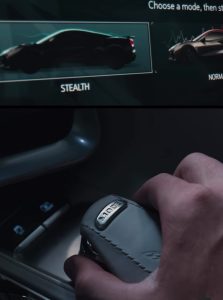 As we see in the video (and previously confirmed by leaks and spy photos), the new 2024 Corvette E-Ray also features a widebody exterior treatment. Both a Coupe and Convertible body style will be offered.

As not only the first hybrid Corvette, but also the first Corvette to offer all-wheel drive, the 2024 Corvette E-Ray is undoubtedly a huge step forward for the nameplate. We’ll be there to cover every bit of it, so stay tuned, and in the meantime remember to subscribe to GM Authority for the latest mid-engine Corvette news, Corvette C8 news, Corvette E-Ray news, Chevy news, and around-the-clock GM news coverage.