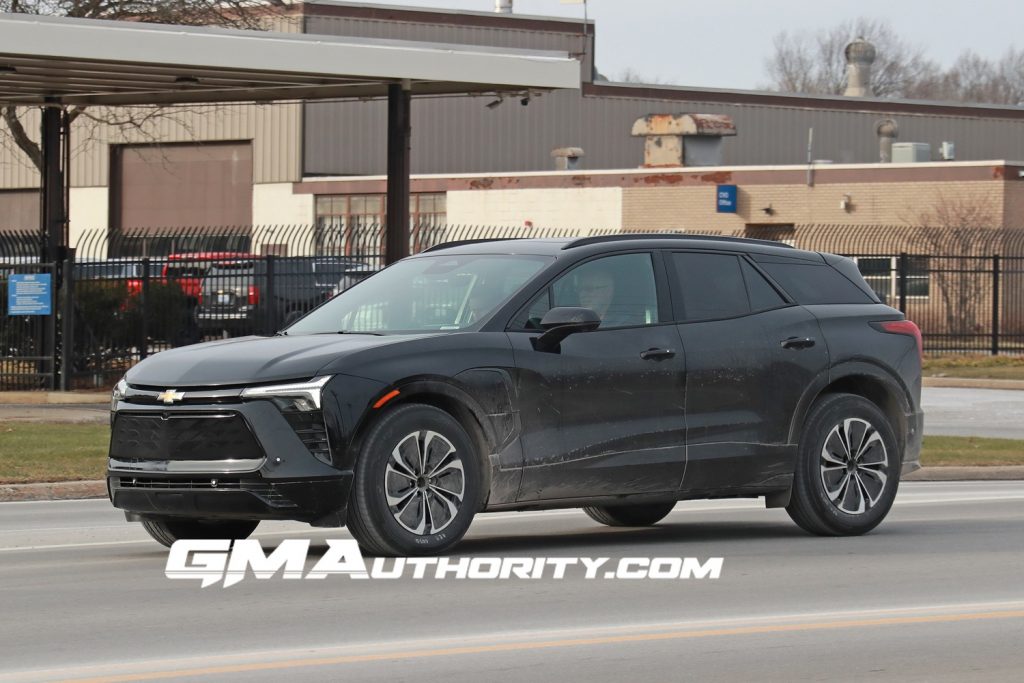 This is the first time we’ve seen the 2024 Chevy Blazer EV RS in Black wearing the 2LT wheels on public roads. Critically, this particular Chevy Blazer EV looks nearly identical to the RS model we covered early last month, albeit with a different set of rollers underneath it.

These particular wheels seen here are the same 19-inch units equipped by the 2LT trim level, but are obviously mounted underneath a Chevy Blazer EV RS model. In terms of design, the wheels feature a turbine-esque layout, with six large “fans” emanating out from the center. The spokes are lined in silver, creating a U-shaped design, while the inner bits remain black. 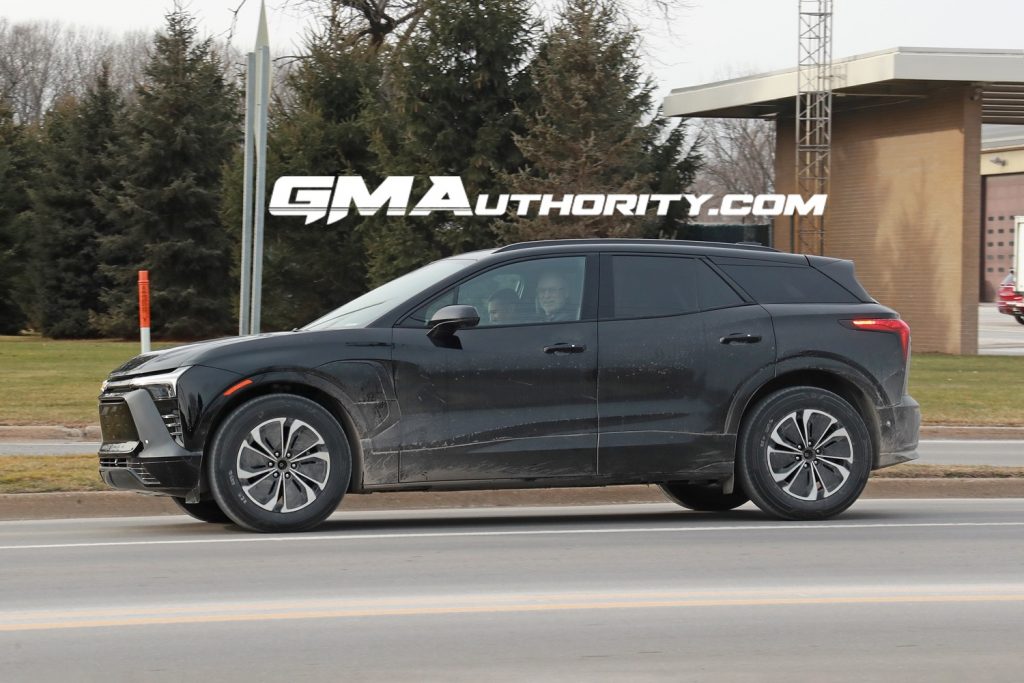 As for the rest of the vehicle, we find this particular Chevy Blazer EV RS is also finished in black, lending it a simple, pared-down look. The body lines and exterior features appear molded into the overall shape of the crossover, with the only accents being a fine layer of Michigan road grime sprayed across the lower flanks. 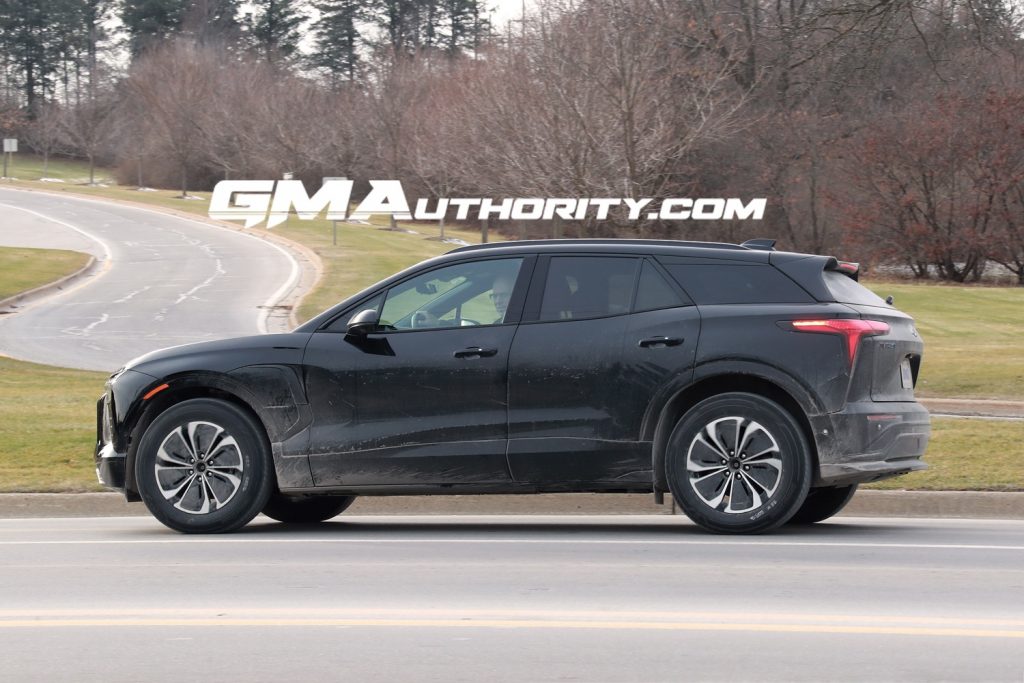 The Chevy Blazer EV RS is the penultimate trim level in the new all-electric crossover’s lineup, sliding in above the mid-level 2LT and below the high-performance SS. The Chevy Blazer EV RS is equipped as standard with 21-inch wheels, as well as a black grille and further black accents. The RS trim also features body-colored door handles and side mirrors, prominent front-fender extractor vents, a unique welcome / goodbye animation, as well as standard LED headlight, the latter of which is included as standard across the range. 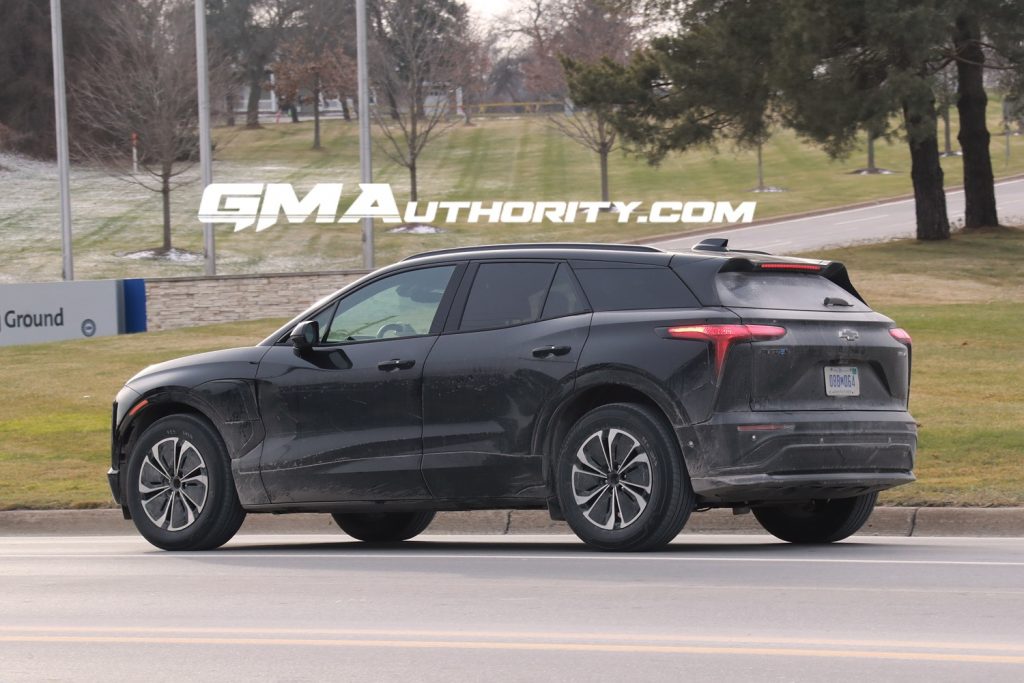 As for the goodies under the skin, the Chevy Blazer EV draws motivation from GM’s Ultium battery and Ultium drive motor technology, with the GM BEV3 platform providing the bones. The RS trim will be front-wheel drive as standard, with rear-wheel drive and all-wheel drive as optional, covering an estimated 320 miles between plugs.