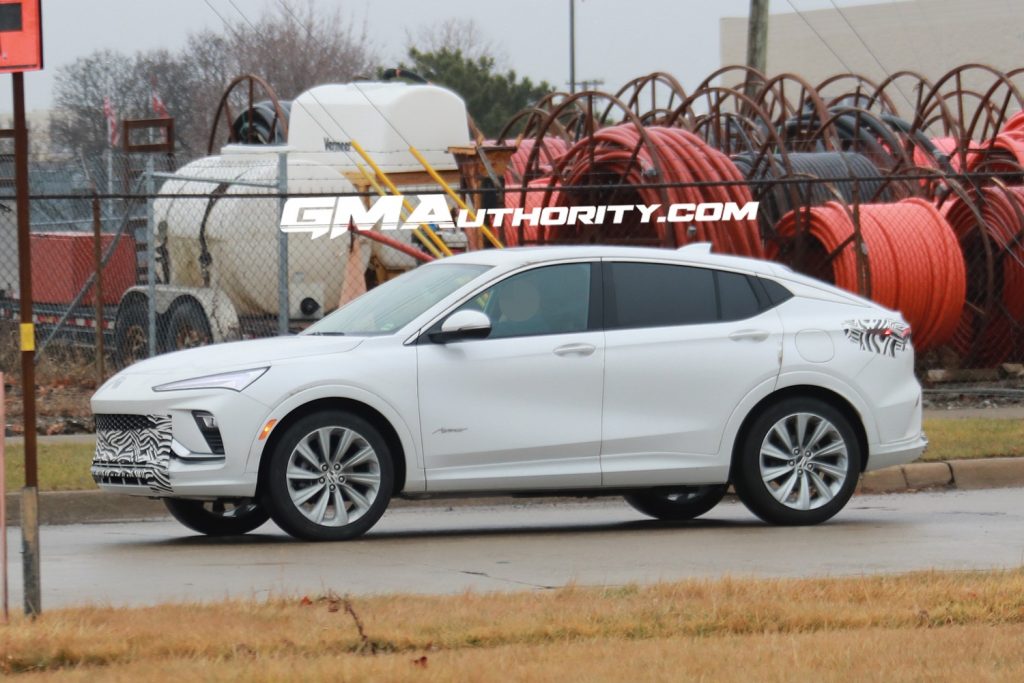 As we can see, this 2024 Buick Envista Avenir prototype is finished in white paint, lending it a crisp, clean look. Although a portion of the front end is covered in black-and-white camo, we still spot a mesh grille insert with what appears to be a polish finish to it, upping the crossover’s premium appeal. The sharp headlight design leads the eye rearwards into the flanks, where we spot body-colored trim lining the wheel arches, lower profile, and rear end, as compared to the black trim seen on other examples previously. 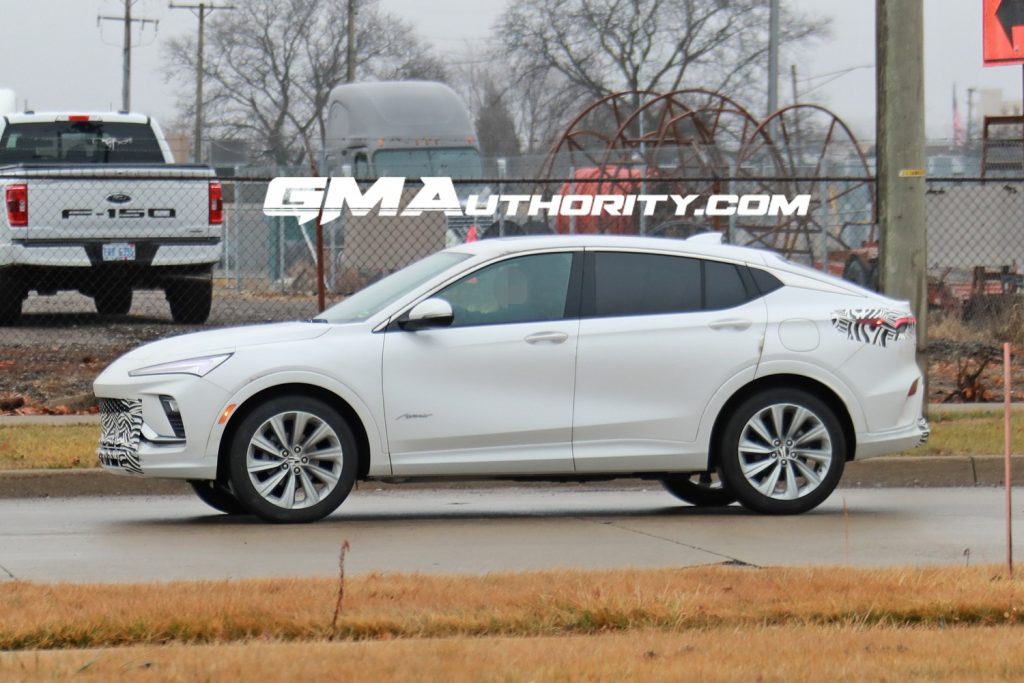 The profile also shows off chrome detailing lining the upper edges of the windows, enhancing the roof line in a broad, sweeping arc. The door handles are body-colored, while an Avenir badge is clearly on display lower in the door. The multi-spoke wheels are finished in silver.

Moving into the rear, additional camo was added to the taillights and lower bumper. The badging, however, is all clearly seen, including the new Buick Tri-Shield badge, Envista badge, and an additional Avenir badge. 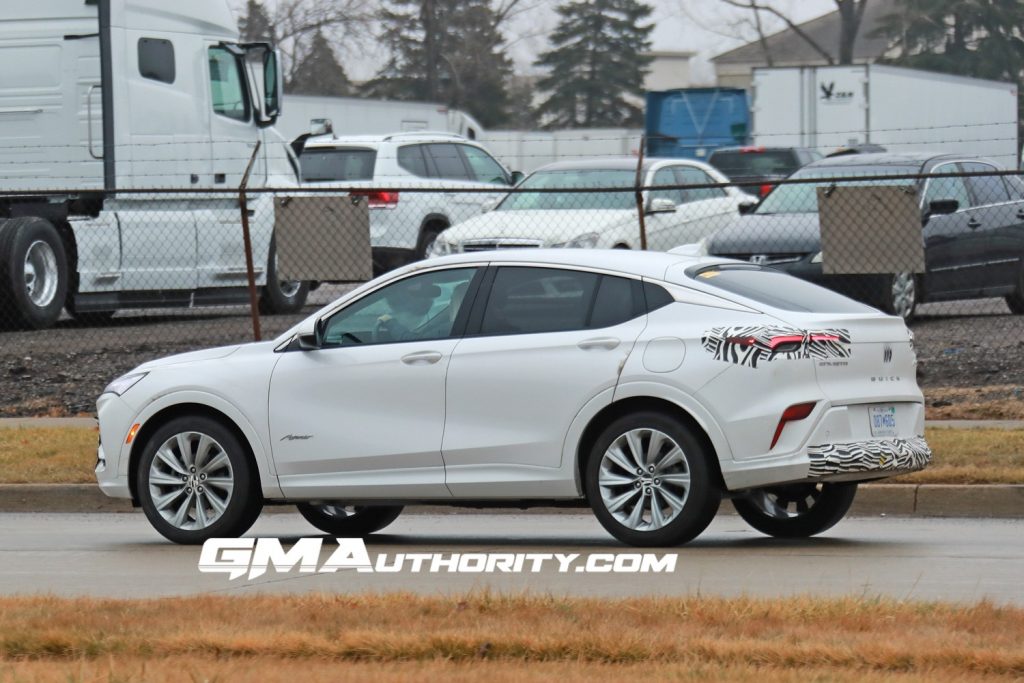 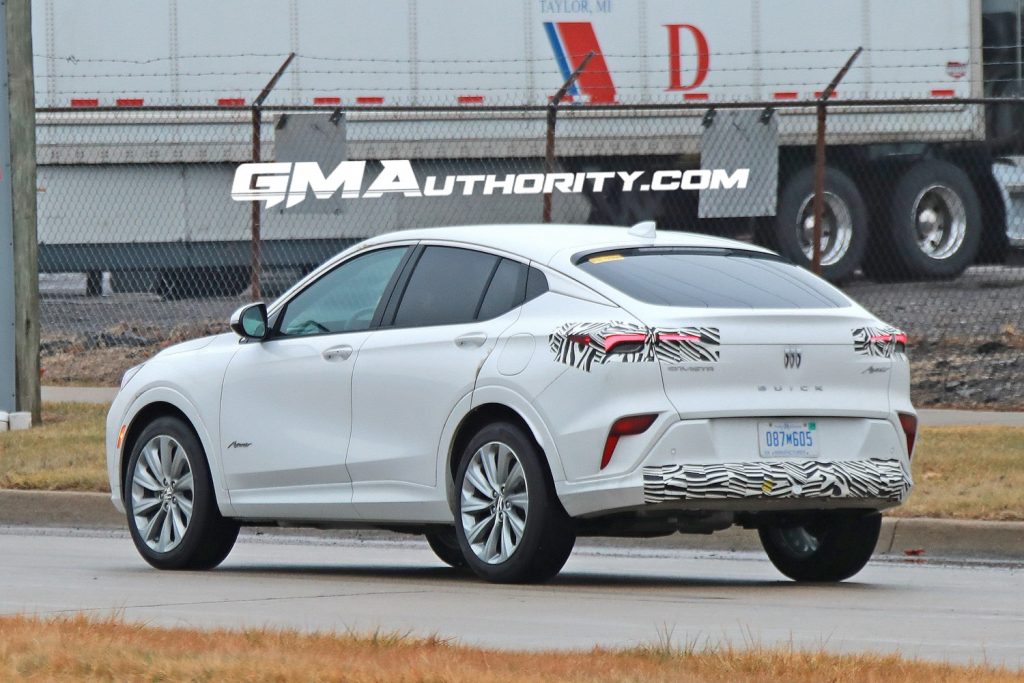 GM Authority was also the first to report that the Buick Envista would offer a range-topping Avenir trim for the North American market. GM President Mark Reuss confirmed the imminent arrival of the crossover in a presentation given at the GM Investor Day event late last year, while in another GM Authority exclusive, we reported that the crossover will launch in the U.S. during the first half of the 2023 calendar year. The Envista is already on sale in China.

As a reminder, the new U.S.-spec Buick Envista is expected to cradle the turbocharged 1.3L I3 L3T gasoline engine, while the GM VSS-F platform will provide the bones.