GM pulled the sheets on the all-new 2023 Chevy Colorado last July, unveiling a brand-new third-generation pickup offering up new styling, an overhauled interior space, and a new powertrain. Now, we’re taking a closer look at the 2023 Chevy Colorado’s specs by comparing them against the preceding 2022 model year in the following GM Authority spec breakdown.

As we can see, the 2023 Chevy Colorado exterior dimensions differ slightly between the various trim levels. However, the big takeaway here is that the third-gen model is significantly larger than the preceding model year, gaining roughly 3 inches in wheelbase. 0.3 inches in overall length, upwards of 2 inches in overall width, and nearly 10 inches in overall height. The front and rear track are also wider.

The 2023 Chevy Colorado also offers more ground clearance than before with regard to Z71 and ZR2 trim levels.

Moving inside, we find that the 2023 Chevy Colorado offers slightly less interior room than the previous model year, with the exception of front legroom, which is up 0.2 inches. The rest of the measurements are in the negative, while rear headroom is static at 38.3 inches.

With regard to weights, the 2023 Chevy Colorado is several hundreds heavier than equivalent 2022-model-year vehicles. This can be chalked up to the additional comfort and convenience features, at least partially.

So what about payload? As it turns out, the 2023 Chevy Colorado features slightly better payload than the 2022 model, with WT and LT gaining 144 pounds, and Z71 gaining 97 pounds. ZR2 models lose 89 pounds.

Finally, we have the powertrain. Whereas the 2022 Chevy Colorado offered the gasoline-fueled 3.6L V6 LGZ and diesel-powered 2.8L I4 LWN, the 2023 Chevy Colorado is only available with the turbocharged 2.7L I4 L3B gasoline engine. That said, the 2023 Colorado’s turbo ‘four is offered in three states of tune, the least-powerful of which gets its own RPO code (L2R). 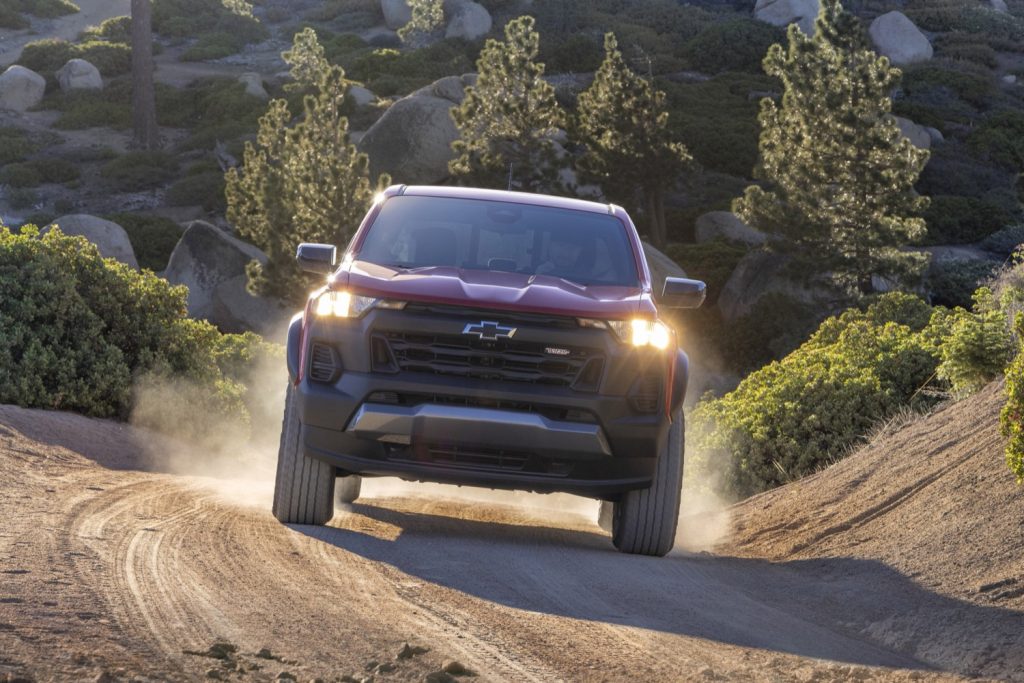 As a reminder, the 2023 Chevy Colorado rides on the updated GM 31XX-2 platform. Production takes place at the GM Wentzville plant in Missouri.