Sometimes, it’s hard to let that old ride go. If it’s treated you well over the years, you may be inclined to keep it stored somewhere, rather than sell it. Such is the case with the 1977 Oldsmobile 442 seen in the following video, which recently got pulled out into the light of day after sitting for three decades.

The car belongs to the video host’s father, who bought it in 1985 as means of getting around while in college. To that end, the Oldsmobile 442 worked well, and the owner ended up driving it for several years afterwards, even deciding to repaint it at one point. However, in 1993, the engine started to show some knock issues. Paired with a new marriage, the owner decided to store it. 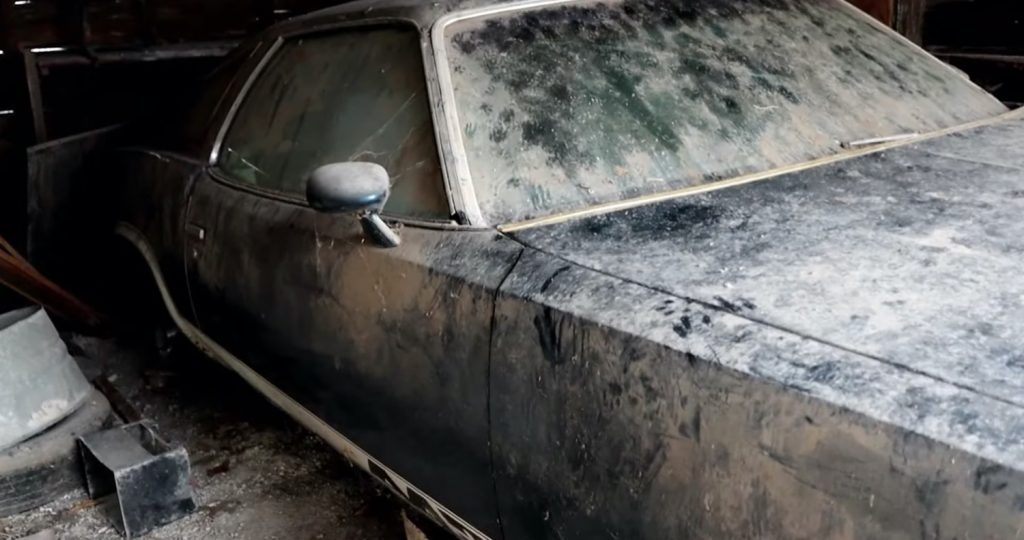 Fast forward 30 years, and now, we’re watching as this thing finally gets moved. The Oldsmobile 442 was stored in a shed now overgrown with weeds, and there’s even a small tree stump blocking the doors.

However, despite a considerable amount of dirt and grime covering the body, the car is in relatively good shape. Getting it out, though, requires some work, including pumping up the tires and sawing away old shelf located near the front bumper. After shimmying the Oldsmobile 442 from side to side, everything finally lines up for it to exit the shed.

With the car out, the hosts give it a once over, discovering a pair of swivel bucket seats to boot. Next up, the hosts load the Oldsmobile 442 onto a trailer, a further challenge thanks to rotting trailer boards and a flat tire, but eventually, the hosts manage to bring the two-door to a self-service car wash to get it hosed off.

With all the dirt and grime sprayed away, the Oldsmobile 442 looks surprisingly good. In fact, we’d wager it could be a nice little project for someone.