One of the rarest of all Chevy Corvettes, and certainly one of the most potent until recently, was the 1969 Corvette ZL1. The L88-based ZL1 was a study in excess intended strictly for competition use. The extraordinary cost of the option doubled the price of the coupe, and more than doubled the price of the convertible. Before we dive into the sole convertible example produced, let us take a look at the history behind these incredible machines. 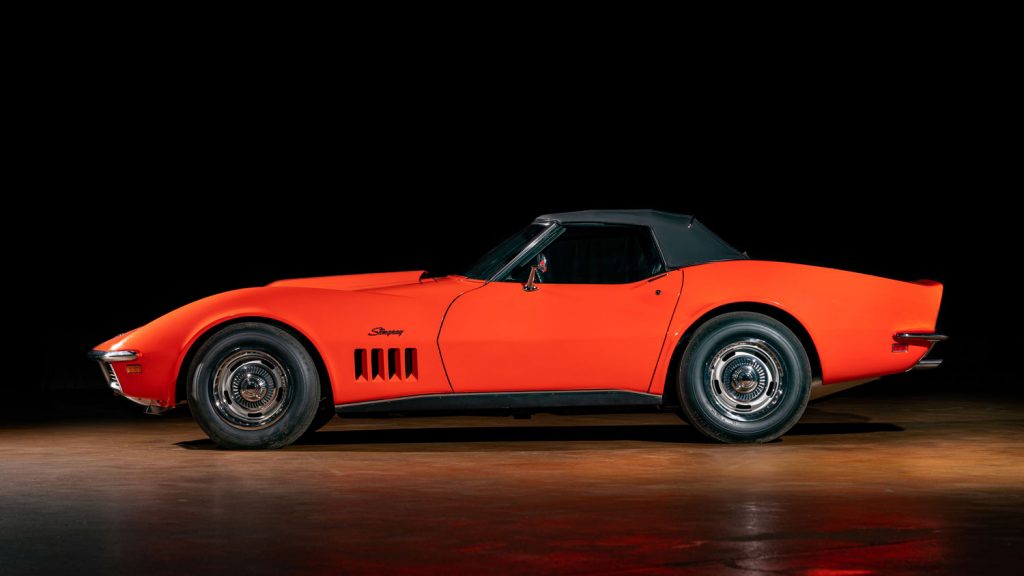 In 1955, there was a horrific accident at the 24 Hours of Le Mans resulting in the death of racing driver Pierre Levegh, more than eighty spectators, and injuring more than 180 others. This led to an agreement among the Automobile Manufacturers Association agreed to suspend any involvement in competitive racing lest the American government intervene. The members of the AMA signed an agreement to that effect in 1957. Personnel from each company promptly ignored the agreement by lending backdoor support to racing privateers in the form of performance parts, cars, and engineering expertise. 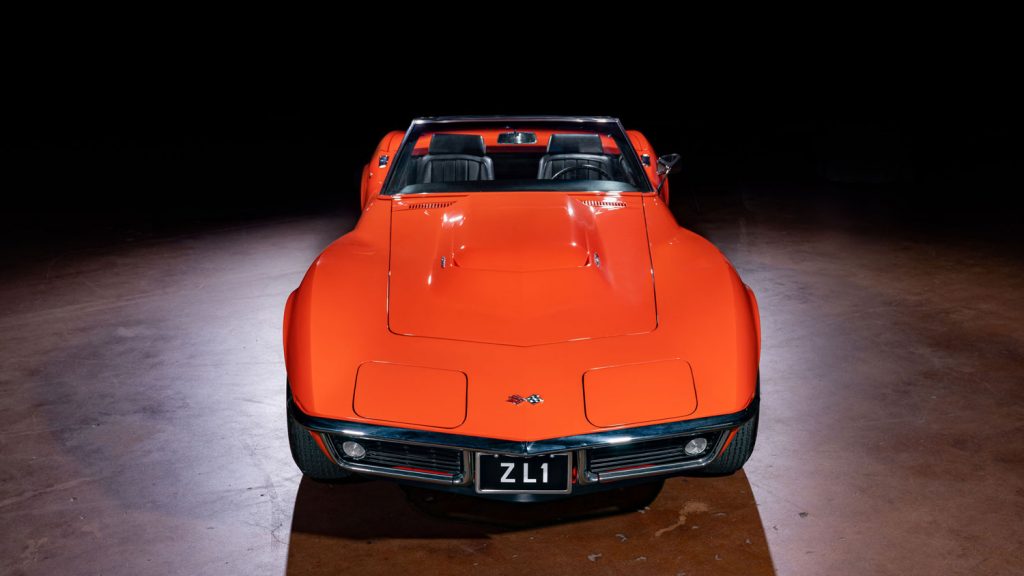 The Chevy Corvette was already a being used in competition, as well as having racing specials fielded. The 1957 Corvette SS, with a tubular steel space frame similar to that of the Mercedes-Benz 300 SL, ran at the 1957 12 Hours of Sebring just before GM signed the AMA non-competition agreement. Intended for Le Mans, the Corvette SS never got the chance. In 1960, famed American racer Briggs Cunningham campaigned three Corvettes at the 24 Hours, marking the car’s first appearance at Circuit de la Sarthe. 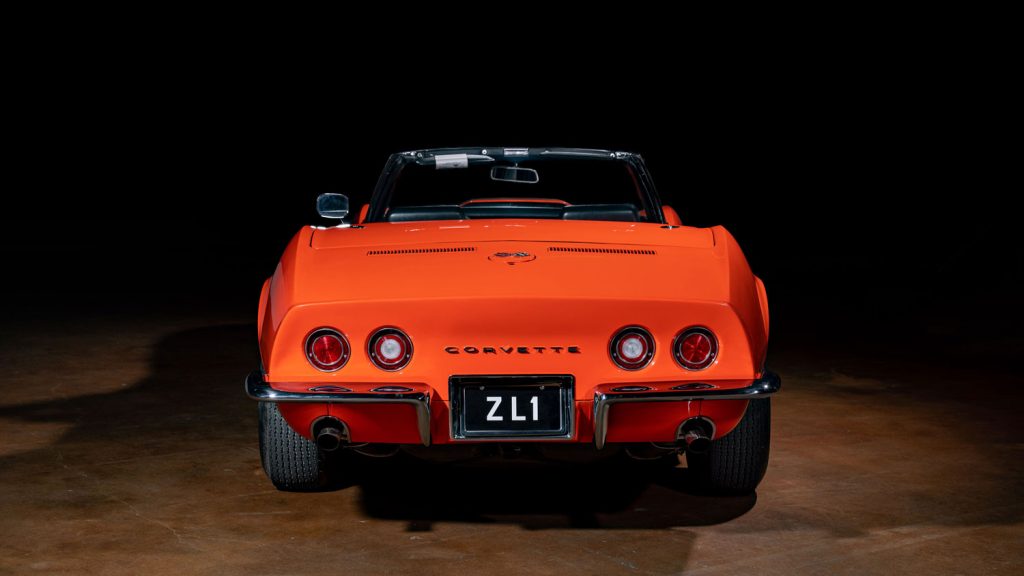 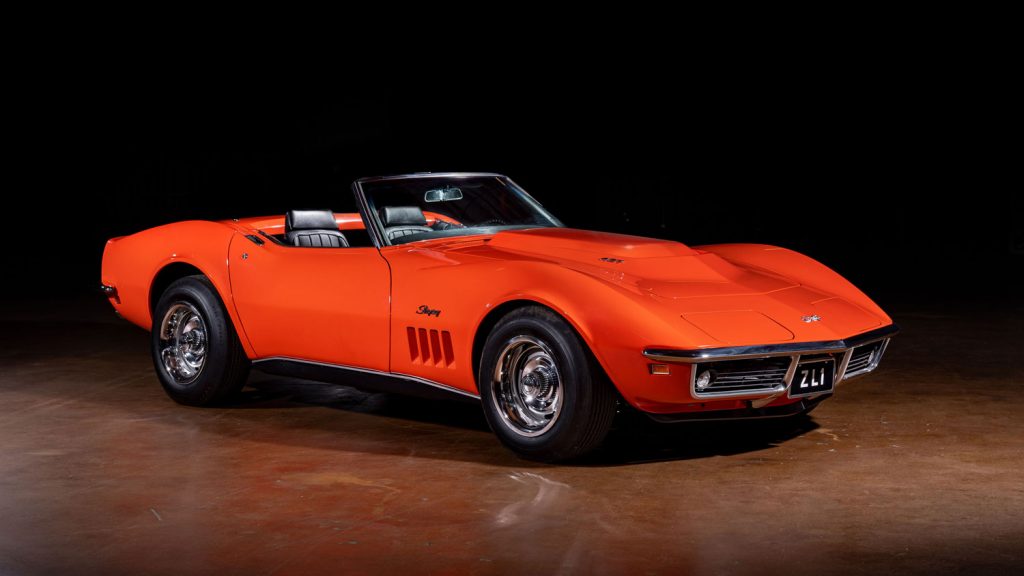 Win on Sunday, sell on Monday was still a powerful marketing tool, and one that moved inventory. Chasing the youth market with high-performance, exciting offerings was too alluring and profitable to be stopped by silly corporate rules. Arkus-Duntov and the Corvette team brought the competition-oriented Chevy Corvette L88 to market in 1967. The L88 package included a cast-iron 427 cubic-inch Big Block with forged internals, four-bolt mains, a high-performance solid-lifter cam, a 12.5:1 compression ratio, a Holley 850 CFM carb atop an aluminum intake, and a transistorized ignition. Mandatory with the L88 were the Muncie M22 “Rock Crusher” four-speed manual transmission (the three-speed Turbo-Hydramatic automatic trans would be available with the L88 beginning in 1968), the Positraction rear diff, J56 Special Heavy-Duty Power Disc Brakes, and F41 Special Front and Rear Suspension. There was a list of equipment that could not be had with the L88 that included air conditioning, power steering, electric windows, or a radio. Output for the monster 427 was hilariously underrated at 430 horsepower, or five fewer than the 427 cubic-inch L71. True output, with a bit of tuning and a set of exhaust headers, was closer to the 550-600 horsepower range. The L88 was produced for only three years, 1967, 1968, and 1969, with production totaling 20, 80, and 116 units respectively. 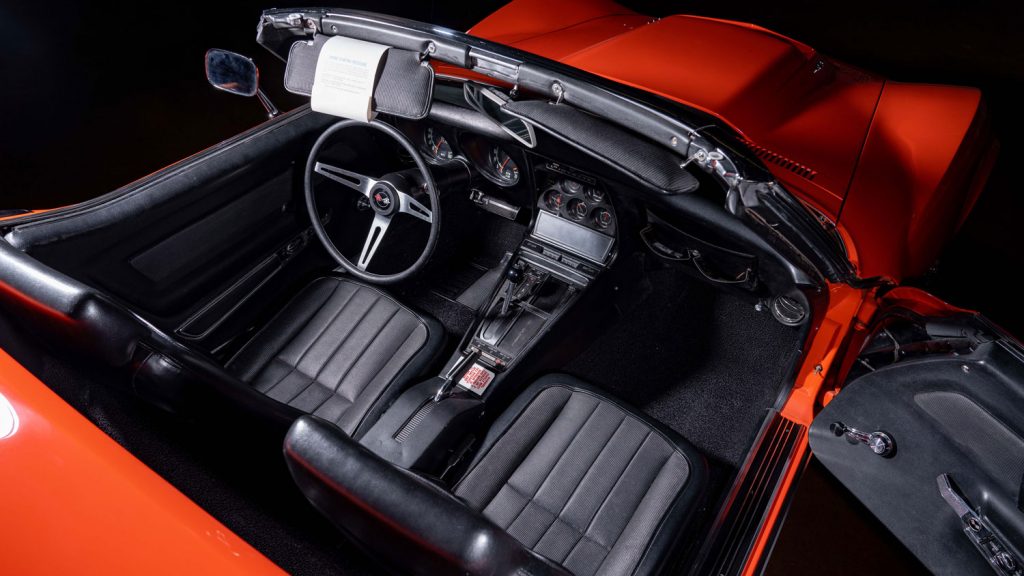 For the 1969 model year, the Chevy Corvette could be had with a one-year-only production option. RPO ZL1 was an aluminum block, aluminum head version of the L88. The alloy engine saved more than 100 pounds over the iron variant, but it carried a hefty price tag. Whereas the L88 option would set you back $1,032, the ZL1 stickered at $4,718, doubling the price of the car. Add in all the additional equipment required, and it was easy to top $10,000. 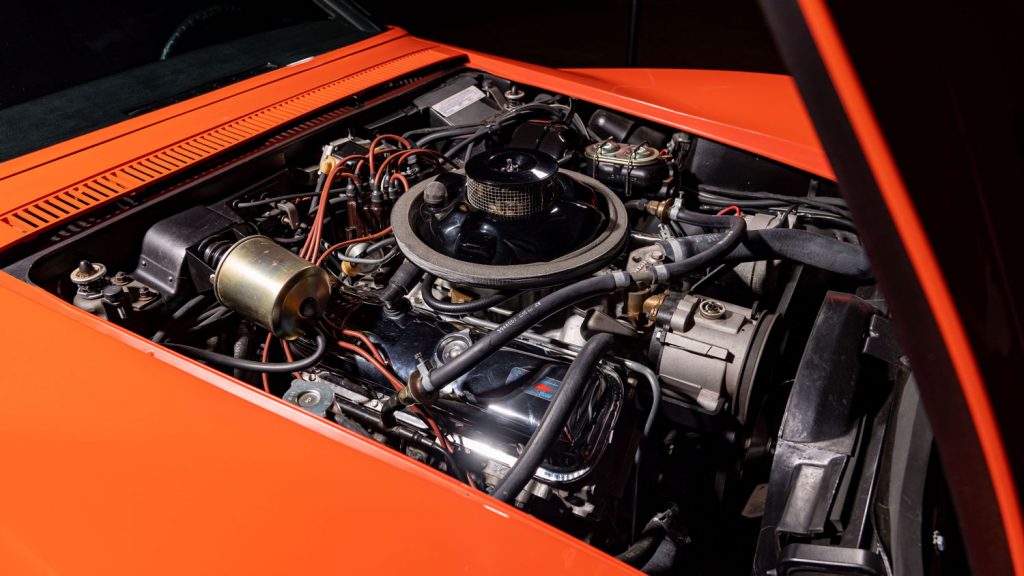 The only known Chevy Corvette ZL1 convertible to have ever been produced was purchased new by John Maher, who traded in a 1968 Chevy Corvette L88 on it. It is the only ZL1 to be sold new to a retail customer. Finished in Monaco Orange over a black vinyl interior with a black vinyl soft top, the Corvette is powered by a factory-correct aluminum 427 ZL1 engine backed by a three-speed automatic transmission. The Corvette has been the subject of a fastidious restoration by Kevin Mackay’s Corvette Repair, Inc., of Valley Stream, New York. This one-of-a-kind Vette is accompanied by extensive documentation including the original tank sticker and sales invoice. The ZL1 has been Bloomington Gold Certified, and until recently was on display at the Simeone Foundation Automotive Museum in Philadelphia. 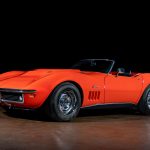 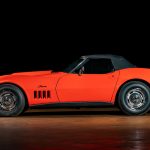 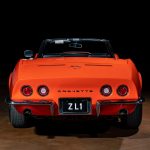 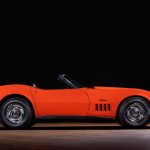 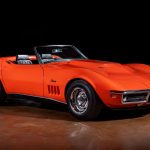 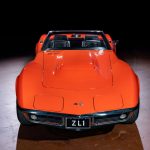 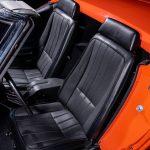 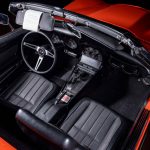 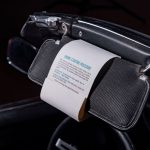 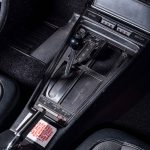 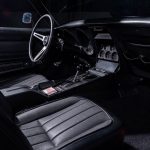 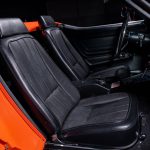 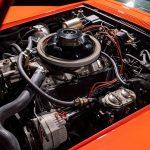 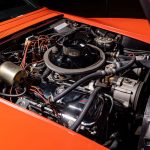 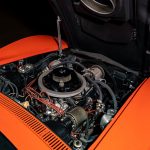